For Kim Yu-ri, a nurse in her 30s with two children, sleep has long been a luxury. Raising a 3-year-old and 1-year-old while commuting two hours daily from home in Yongin, Gyeonggi Province, to Jamsil in Seoul, her days are already overpacked.

“I think seven hours of sleep at night is what I really need, but it never seems to be a possibility for me,” Kim said.

Even before the 38-year-old became a parent, she never had enough sleep because her job at a big hospital required her to work three shifts, and she would occupy herself with various activities when she was off duty. 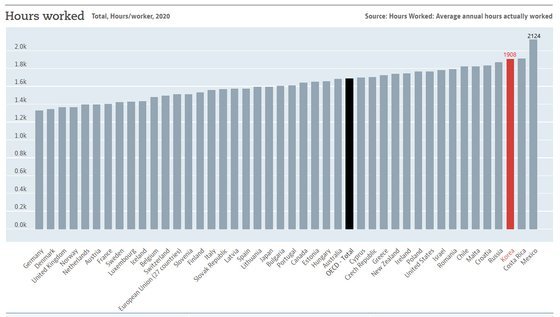 Kim is not alone in suffering from sleep deprivation. Many other Koreans yield their shut-eye time to other essential or nonessential activities. Voluntary and involuntary sleep shortages led to an average of seven hours and 41 minutes of sleep in 2016, which is 41 minutes shorter than the average for the 38-member Organization for Economic Cooperation and Development.

Other OECD statistics point to the reason behind the country’s chronic sleep shortage.

Koreans worked 1,967 hours a year in 2019, 241 hours more than the OECD average of 1,726 hours. Koreans also spend an average of 58 minutes commuting, significantly longer than the average of 28 minutes of other developed countries, according to OECD statistics in 2016.

South Koreans also live in an environment that is not necessarily favorable for slumber.

In South Korea, the perfect place for those who enjoy a 24/7 lifestyle, you can shop, eat and drink nearly all night, as many businesses are open late.

Cafes around every corner help people keep up with their hectic lifestyles with a steady caffeine intake, another notable phenomenon. The number of coffee shops in the country stood at 83,363 as of the end of 2021, up 88.2 percent from four years earlier, according to data from the National Tax Service. Even before that surge, each adult in South Korea was consuming 353 cups of coffee a year in 2018, according to the Hyundai Research Institute.

Perhaps a worldwide phenomenon, many people delay their bedtime in a behavior known as revenge bedtime procrastination. Defined as a need to put off sleep either due to stress or to enjoy some free time missed out on earlier, this habit has pushed many here into a sleep deficit, the difference between the amount of sleep someone needs and the amount they actually get. A person can accumulate a sleep debt just by reducing a few minutes of necessary sleep a day.

Sleep shortages are not usually seen as a negative thing among South Koreans. Ironically, less sleep is considered a show of productivity or diligence among many. Comments made by businesspeople like Elon Musk, who touts a short sleep cycle as a badge of honor, encourage many to deprive themselves of sleep in the hopes of achieving the same levels of success.

“If you sleep for four hours, you pass (exams). If you sleep for five hours, you fail,” Lee Hyun-woo, a 27-year-old office worker, has carved the phrase in his mind since he was preparing for a college entrance exam. For Lee, minimizing sleep is a show of diligence and is a must to succeed in a competitive society. Reducing sleep appears to be a good way to make time for other more “productive” activities such as study, work, or leisure. 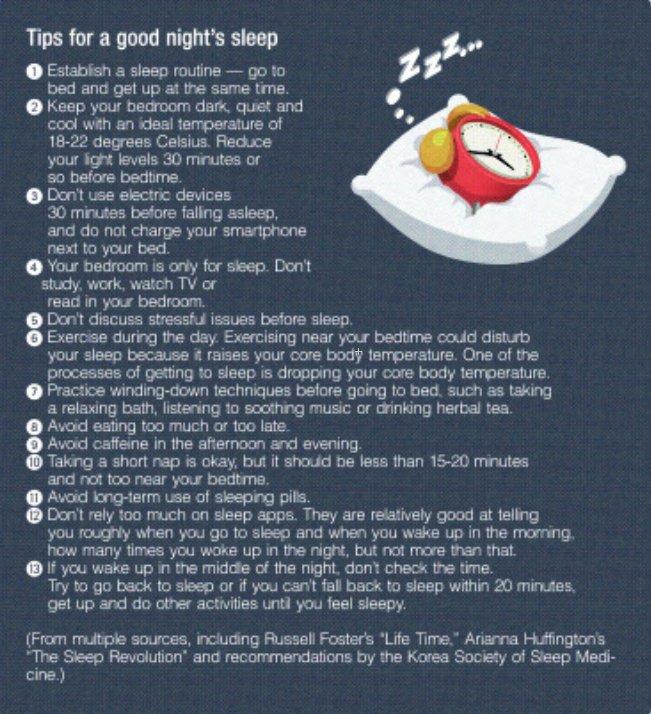 However, sleeping fewer hours -- less than eight hours -- is something only a minority of people with a special gene can enjoy. Lack of sleep can put you at a higher risk of conditions such as Alzheimer’s disease, heart disease and depression, according to scientists, including Matthew Walker, the neuroscientist who wrote “Why We Sleep.”

“One hour of sleep less than needed could lower brain function by 30 percent, as well as productivity. If that is translated into economic value, the annual value of sleep could reach trillions of won,” said Han Jin-kyu, a doctor at a sleep clinic in Seoul.

Poor sleep habits can make getting to sleep even harder, and more and more people are having difficulties switching off.

According to the National Health Insurance Service in South Korea, about 720,000 people had some sort of sleep issue such as insomnia last year, up from 420,000 in 2014.

Amid a growing number of people seeking sleep aids such as bedding, aroma oils or apps, South Korea’s sleep-related market stood at 3 trillion won ($2.5 billion) in 2021, according to the Korea Sleep Industry Association, soaring from 480 billion won a decade earlier.

However, before reaching for these aids, sleep-deprived people should pay attention to their internal body clock to pinpoint the cause of their issues and find a better solution.

In his latest book, “Life Time: The New Science of the Body Clock, and How It Can Revolutionize Your Sleep and Health,” British neuroscientist Russell Foster shares how important it is to understand circadian biology.

For instance, while making many people’s lives easier, overnight deliveries come at the cost of someone’s sleeping time and, eventually, their overall health.

One might think that night shift workers can get a similar length of sleep during the day to offset any sleep deprivation, but this is a dangerous idea.

“In all the studies that have been done, we see that 97 percent of individuals do not adapt to the demands of working at night,” Russell said. “And there is now strong evidence that if we have massively disrupted sleep during the middle years, there is an increased risk of dementia in our later years,” said the director of the Sir Jules Thorn Sleep and Circadian Neuroscience Institute in Oxford, England.

“It thus raises some important issues about the duty of care and what employers can do to improve the condition of night shift workers and mitigate some of the problems they face,” he said, urging awareness of the issue.

“The fact that society is not embracing the science of circadian rhythms represents an immense squandering of resources and a major missed opportunity to improve health at every level.”