[Video] No need to look too far: Leaf peeping spots in Seoul 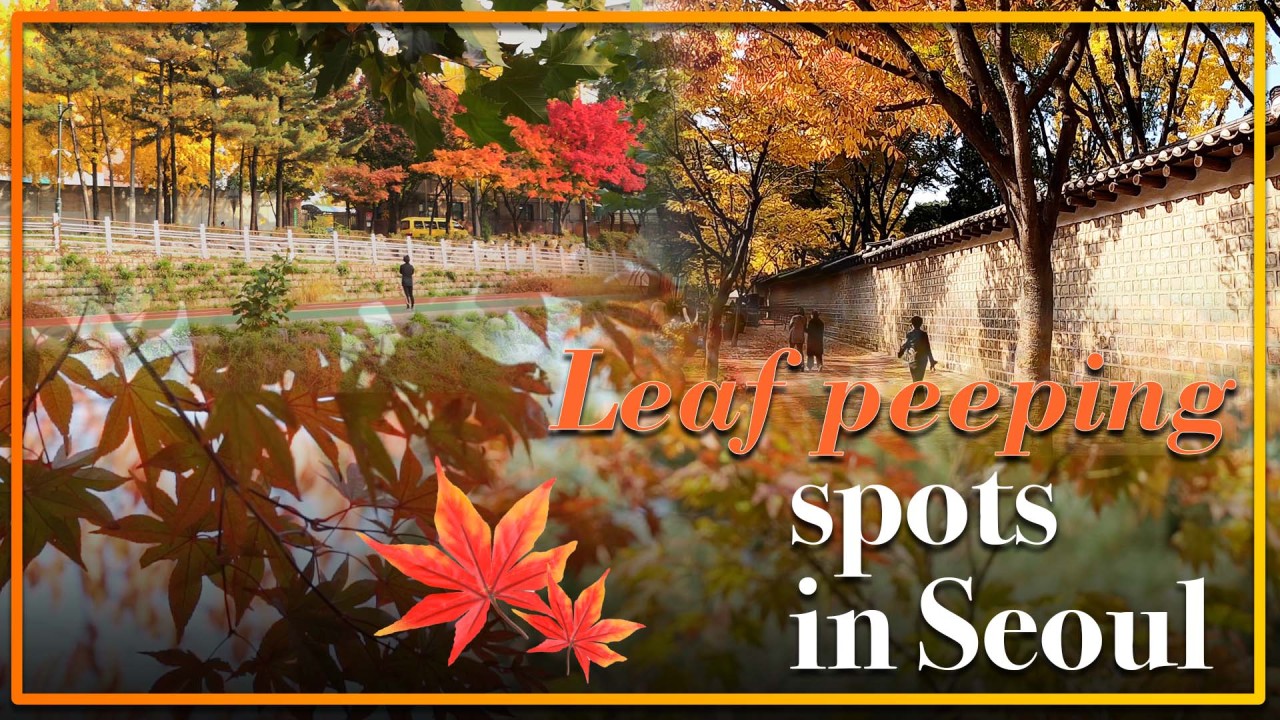 The change of season has brought about bright reds, oranges, yellows and browns to the city, while some remaining greens bid a final farewell to the summer.

Indeed, Seoulites do not have to leave the city to enjoy the colors of the season.

To enjoy the deepening autumn atmosphere and the crunch of fallen leaves under your feet, look out for Seoul Metropolitan Government’s “96 Fall Foliage Roads,” released last week. The list includes areas with spectacular colors of maple, maidenhair, sycamore, zelkova, king cherry and metasequoia.

Here are some of my favorite spots to enjoy the autumn in all its glory without ever leaving Seoul.

Deoksugung-gil otherwise known as Deoksugung doldam-gil, refers to the path that runs along the stone wall of the Joseon period royal palace in downtown Seoul.

The street is near City Hall Station’s Exit No. 1.

Approximately 900 meters long, the winding path is lined with maple and sycamore trees. The lane runs to a crossroads with a water fountain in the center and around here the smell of roasted chestnuts and baked sweet potatoes from carts will be unmistakable.

Since the area is easily accessible to office workers around City Hall and Gwanghwamun district, avoid lunchtime, when it can be busy.

The Gyeongui Line Forest Park is a 6.3-kilometer linear park in northern Seoul, that stretches between five subway stations. A recommended path for enjoying fall foliage runs from Gongdeok Station‘s Exit No. 1 to Seogang University Station, about a 30-minute stroll.

You will find more than maple trees here. Various species of trees that grow year-round sport name tags that include a sentence or two about their key characteristics.

Before the area was turned into a park in 2016, it was a remnant of a railroad track connecting Seoul and Sinuiju in today’s North Korea that was used during the Japanese colonial period.

The trees and flowers you find today were planted at the time of the restoration of the area into a park.

Once mainly residential, both sides of the path today have been lined with places for young people. You will find many flower shops, bagel shops, wine shops and restaurants that have made the area their home with unique architecture and interiors.

Many of the restaurants here are popular on social media and long waiting lines are the norm, especially during the peak hours.

The park is also a good place to walk your dog, as long as your pet is not too shy.

Relatively less well-known to those not from the area, Jungnangcheon-ro is located in the northeastern part of Seoul.

A tributary of the Han River, Jungnangcheon runs in from Yangju, Gyeonggi Province to the north.

The path recommended for fall foliage viewing begins at Wolgye Station‘s exit No. 1, and ends at Changdong Station’s Rodeo Street. It takes approximately an hour to walk, totaling some 3-kilometers in length.

With separate paths for bicycle riders, the trail is safe and friendly for both strollers and cyclists. Nature is well-preserved here, with migratory birds and shoals of fish easily spotted while walking along the stream, making for a perfect place for families with children.

Those who want some exercise can hike the Choan Mountain trail. The 115.5-meter-tall mountain welcomes hikers with its brightly-colored trees throughout the month of November.