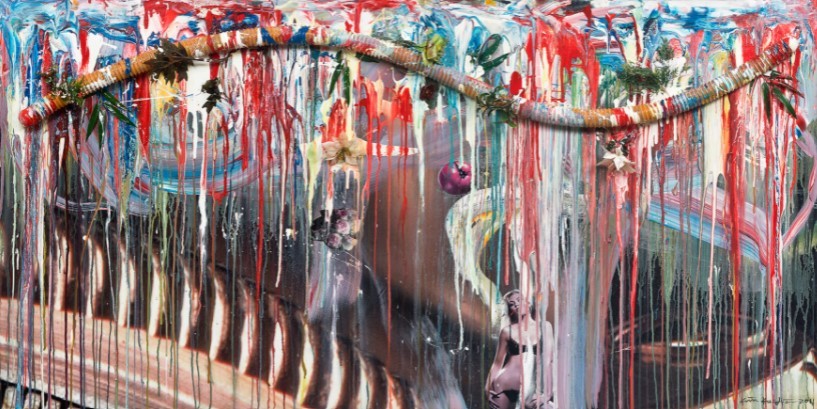 "Yin and Yang 12-S.28” by Kim Ku-lim (Gana Art Center)
Kim Ku-lim, Korea’s first generation avant-garde artist, has been expanding the boundaries of Korean experimental art since the 1960s. His Yin and Yang series that includes 20 of his new works are being shown at the Gana Art Center in Jongno-gu, central Seoul.

Kim’s solo exhibition “Yin and Yang” shows a series of artworks that he has worked on since the late 1980s with the theme of “opposition and unison of things.” After realizing that the harmony of different materials is the principle of many things in the world, he focused on the fundamental concept of Yin and Yang. 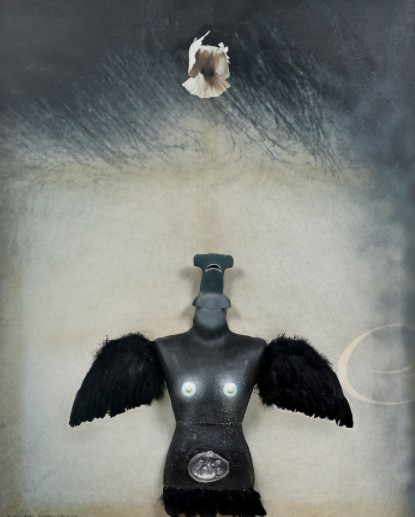 "Yin and Yang 11-S.27” by Kim Ku-lim (Gana Art Center)
Born in 1936 in Sangju, North Gyeongsang Province, Kim has explored a variety of art mediums, from paintings, installation art to video art. Kim was one of the founding members of the Korean Avant-Garde Association in 1970 and later established the Fourth Group where people from different art disciplines gather to expand the concept of art.

“To make something new, people from different areas should collaborate,” Kim said of the Fourth Group in a video released by the National Museum of Modern and Contemporary Art, Korea last year.

Kim’s works will be part of the exhibition “The Avant-Garde: Experimental Art in South Korea, 1960s-1970s,” which is expected to be held next year at the Solomon R. Guggenheim Museum in New York, according to the Gana Art Center.

Kim’s works are collected by globally renowned museums including the Tate Modern in the UK and the Guggenheim Museum in New York. Kim’s work “Death of Sun,” which is housed at the Tate Modern, is a painting that was a result of his performative action. Kim, who created it in 1964, set fire to a vinyl sheet on top of a wooden panel and put it out when it achieved his desired effect. It was an attempt to show his interest in the contrasting notions of creation and destruction.