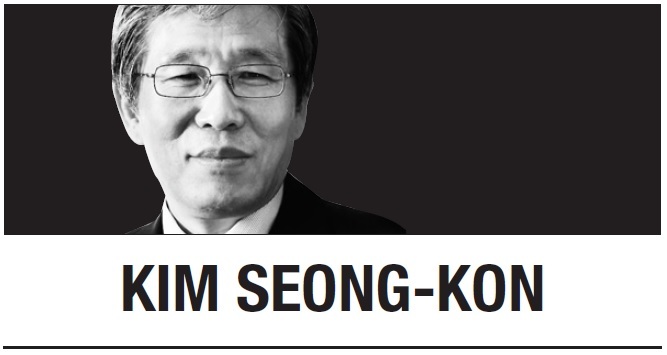 These populist leaders, whether extreme right-wing or extreme left-wing, are invariably tyrannical, taking over the National Assembly and the Supreme Court, thereby defying the principle of separation of the three branches of government. In order to wield and maintain political power, they defy liberal democracy and rely on mob democracy instead. In order to rile up the people, they always call for ultranationalism and patriotism, blame other nations for their countries’ problems and invent scapegoats for their mistakes and wrongdoings. Not content merely to devastate their own countries, these demagogues and would-be despots create worldwide turbulence. To them, I would propose the following, as would any man of common sense:

Do not think that you can wield unlimited, everlasting power. You must always abide by the principle that you are a public servant whose job is to serve the people, not to rule them. As the leader of your country, you have great responsibilities, not simply great power. You should not entice or flatter the people with populist policies to win elections. Instead, your prime concern should be the future of your country.

Do not be addicted to a particular political ideology and impose it on the people. Once chained to an ideology, you will never be free from it. Like narcotics, ideologies will intoxicate and enslave you, making you mentally paralyzed. Life is too short to waste on fixed ideologies. Besides, history tells us that ideologies have massacred so many people and ruined human civilization. Why, then, cling so fervently to an ideology?

Do not idealize socialism and revere socialist countries. Socialism seems to guarantee equal distribution of wealth. As Winston Churchill aptly points out, however, socialism is a failed project that only guarantees equal distribution of poverty. Undoubtedly, your people will witness the deception and hollow mockery of socialism, under which only a handful of privileged ruling-class people become rich and all others equally poor.

Do not blame or victimize others for your problems. Populist leaders always victimize their political opponents, rich people, immigrants or other countries. You may still have victim trauma due to your turbulent past, and yet that is no excuse to victimize others now. Edward Said advises us, “You cannot continue to victimize someone else just because you yourself were a victim once -- there has to be a limit.”

Do not think that you are morally superior to others and thus deserve special treatment. The feeling of moral superiority will make you so arrogant and proud of yourself that you will end up acting as if you had a certificate of indulgence from the medieval Vatican. You may think that you are someone special and whatever you do is justified. If you are self-righteous, however, you are likely to become brazen and tyrannical. Then, the people will detest you and your administration.

Do not patronize only those who are from your own camp or faction. Amateurism plagues populist leaders, who require experts and professionals as staff and aides. Inbreeding will definitely cause genetic inferiority, whereas hybridity will make your country stronger.

Do not antagonize those who do not agree with you. You should be open-minded and embrace differences. Never persecute or imprison your political opponents under the name of a purge or cleanup. If your administration is reminded of the Albanian proverb, “Fire, water and government know nothing of mercy,” you should remember the Korean maxim, “If you make others cry, they will make you shed blood tears eventually.”

Do not impose heavy taxes on people, either. Surely, people will turn their backs on you in the next election. Since no regime has survived a tax bomb, you will inadvertently become a suicide bomber if you keep increasing taxes to spend the money on populist policies.

Do not dismiss criticism as fake news. Moreover, you are not supposed to corrupt the press by making it a means of propaganda. You should demonstrate your competence, not dogmatic self-aggrandizement.

Do not call for a strong government and let it control everything. That will eventually lead you to fascism. If you restrict individuality and individual freedom, you will create a totalitarian society and end up being a dictator, though unwittingly.

Unfortunately, we no longer have great political leaders such as Winston Churchill, Franklin Roosevelt or John F. Kennedy. We only hope that our populist leaders heed the above 10 propositions so they do not ruin their countries and the world.