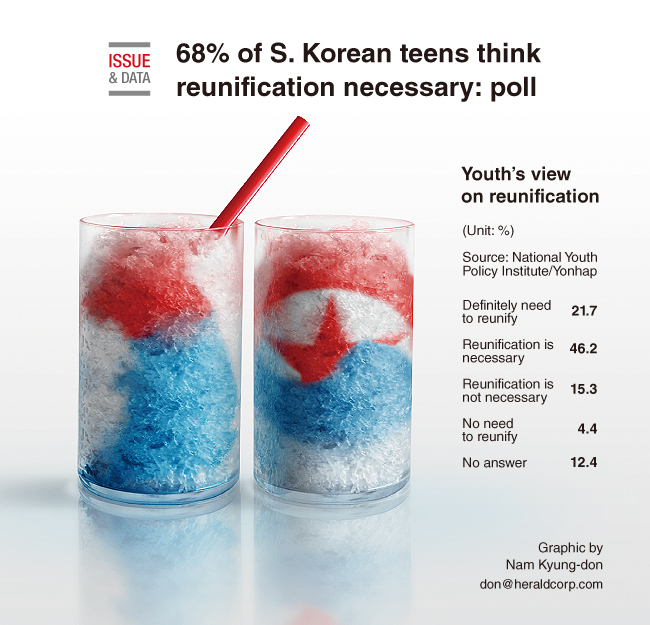 According to the poll conducted by the National Youth Policy Institute, 67.8 percent of 3,228 elementary, middle and high school students replied that the two Koreas need to reunify.

Among them, 28.8 percent said that reunification is necessary as it will help South Korea become stronger, while 23.2 percent answered it will ease security concerns on the Korean Peninsula. Some 20 percent cited that two Koreas have the same ethnic roots.

Asked about when unification could be realized, 28 percent replied that they expect reunification after 20 years, followed by 23.4 percent who said within 10-20 years and 18.5 percent within 5-10 years. Some 13 percent of them said reunification is impossible to achieve. (Yonhap)