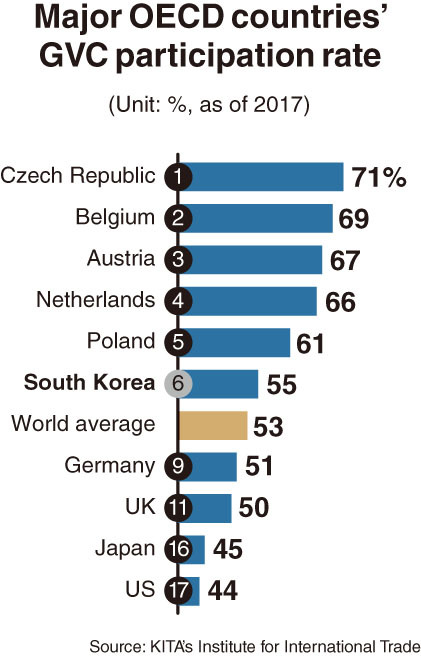 According to a recent report by the Korea International Trade Association, South Korea’s participation in global value chain trade reached 55 percent as of 2017, placing it at No. 6 out of 18 major countries within the Organization for Economic Cooperation and Development.

According to KITA’s Institute for International Trade, GVC trade took up 20 percent of global gross domestic product, and accounted for 74 percent of all global trade as of 2017.

As of 2018, intermediate goods made up 71.4 percent of Korea’s total exports, higher by 15 percentage points than the world average of 56.5 percent. Of all exports to China, 79.5 percent were intermediate goods, the report noted.