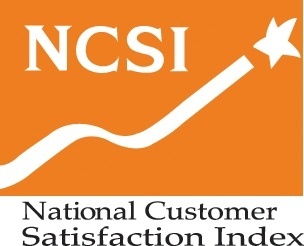 The KPC’s National Customer Satisfaction Index, or NCSI, for 2019 stood at 76.7 points, up 0.2 points from 2018 and the highest since the survey began in 1998. This means that despite grim economic conditions throughout last year, Korean businesses worked to enhance customer satisfaction. The survey was conducted on 89,110 customers in Seoul, Busan, Daegu, Daejeon and Gwangju on 329 companies (colleges included) in 78 different business types. The KPC is a subsidiary of the Trade Ministry, established in 1957 to support Korean industries’ productivity enhancement.

Apartment brands and hotel services continued to score high marks in satisfaction, with Samsung C&T and Lotte Hotel receiving the highest scores of 85 among all surveyed companies.

Industries that showed the highest improvement in NCSI included waste management and recycling businesses, administrative services. In particular, tobacco companies showed a significant jump in customer satisfaction among nondurable goods. The center attributed the rise to the industry’s diversified development and sales of tobacco products including e-cigarettes.

Among sectors that showed a decline in customer satisfaction were electricity and gas suppliers along with wholesale and retailers, insurance firms, lodges and restaurants.

In more specifics, SK Telecom has topped the list in the telecommunications sector, keeping the No. 1 position for 22 consecutive years since 1988.

The mobile carrier has been highly recognized for its efforts in introducing and establishing the nationwide 5G network here. The company’s visible progress last year included its efforts in introducing innovative services that users can enjoy through the 5G network. They include developments of augmented reality and virtual reality platforms designed to offer more realistic and immersive experiences for its customers.

Last year, the company introduced Jump AR, an AR app that allows users to watch local eSports games through their smartphone screens. The company also began a service allowing users to see AR images of animals at public parks in Seoul on their smartphones.

The company plans to strengthen its customer services based on big data analysis to offer down the road.

“There will be a lot more renovations to follow this year in terms of 5G network,” SK Telecom CEO Park Jung-ho has said in his New Year’s address. Park added that the company will continue investing resources into AI, big data and smart mobility sectors and seek for cooperation opportunities with different industry sectors, while enhancing its network services.

Among pay TV and internet operators, SK Broadband topped the rank. The company has been recognized for its hyperspeed internet service and pay TV products. It has continued to adopt new technologies for their products, the KPC said in its statement.

The company is also developing IPTV services that integrate its parent company SK Telecom’s AI platform Nugu. The TV-AI product of the company is designed to allow easy access to AI technology-empowered features on their TVs.

SK Broadband has also been distinguished from other competitors with customized content for different types of viewers such as families with kids or seniors, as well as one-person households.

SK Broadband has pledged to continue to reflect opinions of its customers down the road. The company internally runs multiple advisory groups consisting of different customer groups, through which it collects opinions that will help the firm better understand customer needs.

Among oil refineries, GS Caltex has been recognized for putting efforts to maintain the industry’s top product quality in terms of customer service including CSC service level, response rate and phone call quality via continuous investment and employee training.

Under an improved customer service and promotion of Smart refueling service, the number of GS Caltex membership significantly grew from 210,000 in 2018 to 350,000 as of last year.

Smart refueling service refers to offering real-time oil price information and discount details to the registered members. A discount coupon worth 1,000 won is provided when a customer refuels more than 30,000 won.

Not only that, GS Caltex has also upgraded sanitary and customer service education at some 300 drive-way type gas stations across the country.

Meanwhile, Lotte Hotel ranked second in the overall NCSI, coming closely behind Samsung C&T to post the highest score of 85 and topping in the hotel sector again.

With its goal to become the top three Asian hotel brand, Hotel Lotte has stood out as a Korean company to proactively reach out to expand its presence in the global hotel market.

Its opening of Lotte New York Palace Hotel in the US city, the center of trade, finance and markets, for the first time for a Korean hotel brand, came as an opportunity for the company to make its brand known to the world.

The New York Palace Hotel, into which the company plowed 870 billion won ($746 million), was included in the list of 21 Hot Hotels Around the Globe by Forbes Travel Guide in April 2017, and ranked third in Best Hotel in New York City, hosted by US News & World Report in 2018.

As part of its effort to improve service quality, Hotel Lotte runs a special system dubbed, Lotte Hotel Voice of the Customer to receive suggestions and complaints of guests.

Aware of how important developing human resources is for hotel management, Hotel Lotte said it continuously seeks to strengthen its employee training, via its training institute, to provide equal level of service to customers all around the world. It invested 2 billion won to open Lotte Hotel Service Academy in July 2015 in the aim to make it the best hotel school in Asia.

By The Korea Herald staff (khnews@heraldcorp.com)