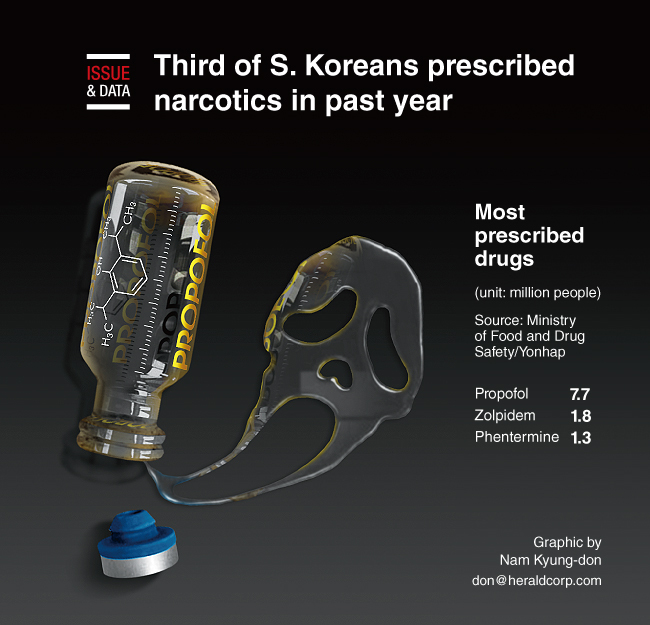 A third of South Koreans were given prescription narcotics in the past year, as more people received comprehensive medical checkups, government data showed.

More than 17.8 million people received drugs like propofol and zolpidem, the Ministry of Food and Drug Safety said, citing some 107 million pieces of data collected from July 2018 through June this year.

The drug safety agency said pain killers, sedatives and anti-anxiety drugs were the most common types prescribed by doctors, with women making up 57.4 percent of those being given such drugs. By age group, those in their 50s accounted for 21.5 percent of the total. (Yonhap)