Looking nervous after their first live performance of “Sweet Chaos” at their first-ever press showcase, held in Seoul on Tuesday, the band members discussed their new single in detail.

“If our previous album, ‘Gravity,’ was about the start of relationships between people, ‘Entropy’ centers on how they change over time, which involves both warm and cold sides. If you see our track list, (Nos.) 1-6 will depict the development of love, while (Nos.) 7-11 will show how it cools down,” said Day6 bassist Young K at the event.

Blending an addictive swing sound with explosive punk rock, “Sweet Chaos” relays the chaotic and complicated emotions of love, backed by fast-tempo beats that remind listeners of the song’s stormy vibe. The entropy in the album’s title, a term often used in chemistry, also means the measure of randomness and disorder in the universe.

Asked what sets the band’s new album apart, the musicians said they’d focused on the expansion of genre.

“We’d tried almost every kind of genre a band could come up with, and I think the new album shows clearer diversity in genres more than ever. We even went to a song camp where we wrote one song a day to come up with many other songs,” Young K said. He added that Park Jin-young, founder of the band’s agency, JYP Entertainment, had first suggested the song’s concept and later showed great satisfaction with the outcome. 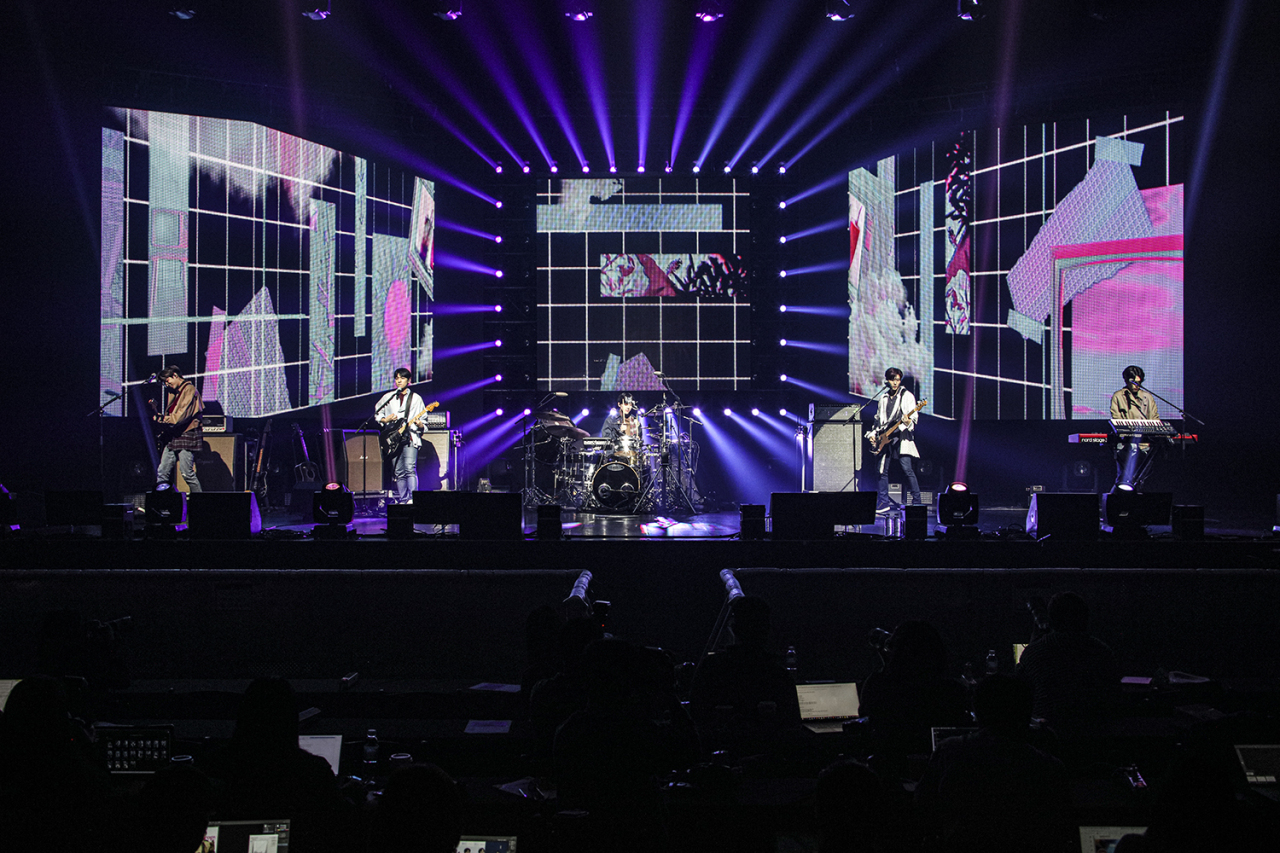 Day6 has recently reached new heights with its music -- it earned its first win on a music show with “Time of Our Life” -- and is currently on its second world tour through January next year. But the humble band said its utmost goal has always remained the same: connecting with audiences solely with its music.

“Some say that we are riding high these days, as our previous song won first place on a music program, but our goal hasn’t changed. Ranking on charts isn’t our priority. I hope our music will feature various genres and have a positive influence on people,” said band leader Sungjin.

“We’ve kept making music that reflects our candid emotions and listeners of our age can relate to. And we will keep doing it. ‘Day6 that you trust and listen to,’ that is the best description our band can receive,” chimed in Wonpil.

Young K added, “I’d contemplated on the reason why I became a musician for over a year but I couldn’t find a clear one, and it became more ambiguous after the debut. But as I read fans’ letters, who told me that our music gave them strength, I think I found my true reason.”

Having kicked off its “Day6 World Tour ‘Gravity’” in Seoul in August, the five-piece band recently performed in the US and Singapore. The tour will bring the band to cities such as Melbourne, Manila, Jakarta, Bangkok, Milan, London, Berlin and Madrid.