SK Innovation returns to profit in Q1 driven by chemicals

SK Innovation posted 12.4 trillion won ($10.6 billion) in sales and 331.1 billion won in operating profit in the January-March period, according to its regulatory filing Thursday.

“An operating profit of around 300 billion won seems small compared to the same period last year, but the firm still returned to profit from the previous quarter,” SK Innovation said.

The turnaround was driven by its chemical business, which posted operating profit of 320 billion won, up 70 billion won from the previous quarter. The strong performance was due to a rise in naphtha prices. 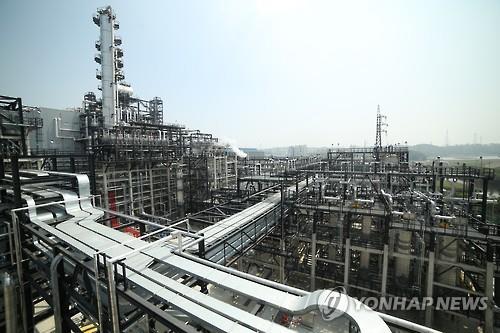 The oil refiner said it would make an investment of around 3 trillion won this year, with half to be used for batteries and materials.

“We will make an investment of 1.5 trillion won in the non-oil refining areas every year over the next three to four years,” the firm said.

The company plans to invest in global production bases, including China and Hungary, to respond to growing battery orders. In March, it broke ground for a 9.8-gigawatt plant for batteries in Georgia.

SK Innovation is expected to reach the breakeven point in its battery business after 2021, as it has secured global clients. It is currently supplying batteries to Daimler, Volkswagen and Hyundai Motor.

As for materials, the company posted operating profit of 30 billion won in the first quarter, up 5 billion won from the previous quarter.

“We are building new lithium-ion battery separator plants in Korea, China and Poland. We are also building flexible cover window plants for flexible display panels, which has high growth potential,” the firm said.