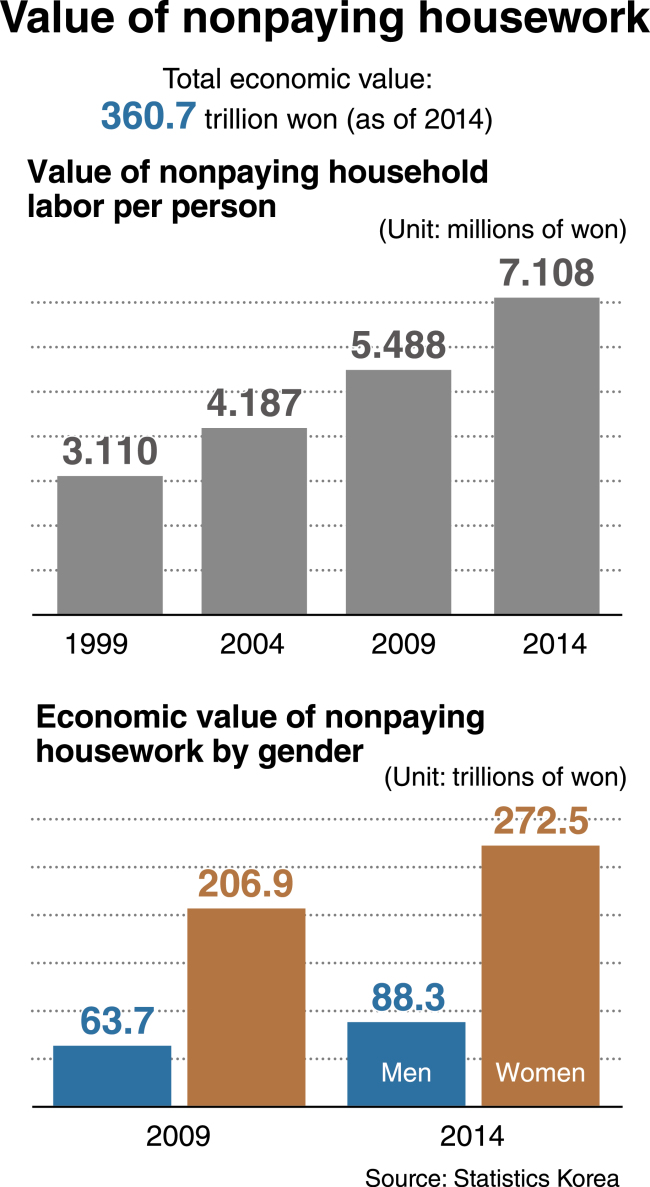 The economic value of nonpaying housework reached some 360 trillion won as of 2014, according to a report from Statistics Korea. That figure, the most recent available, was 33.3 percent higher than five years earlier, when it stood at 90.1 trillion won. It was also one-fourth of the nation’s gross domestic product. If converted into a monthly wage, it would be about 590,000 won.

Nonpaying housework refers to preparing meals, cleaning, taking care of children, pets and plants, purchasing goods and doing laundry, among other tasks. Activities focused on self-care such as eating, sleeping and exercising have been excluded.

The agency noted that time spent taking care of underage children or vulnerable adults had decreased as a percentage of the total, reflecting the declining birthrate and increased reliance on professional eldercare services.

By gender, women continued to perform a disproportionate amount of nonpaying housework, although the proportion done by men had shown a consistent increase.

This is the first time that the agency has released statistics on the topic, in accordance with the United Nations’ recommendation that the social costs of housework be recognized appropriately. (khnews@heraldcorp.com)