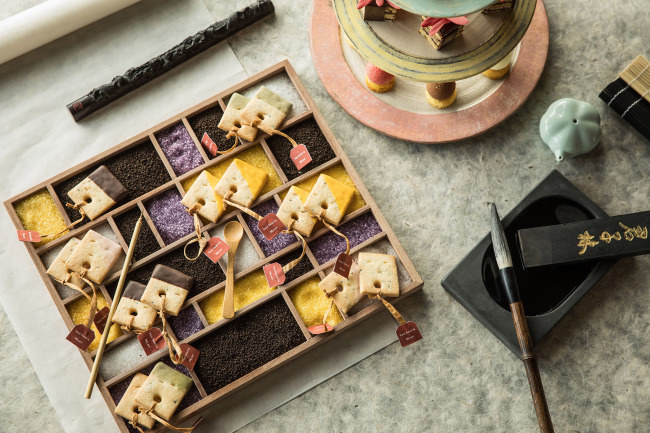 The Gallery at Grand Hyatt Seoul, in collaboration with local artist Choi Jeong-hwa, is presenting a promotion titled “ARTernoon -- Your Heart is My Art.”

In line with the ongoing exhibition “Choi Jeong-hwa: Blooming Matrix” held at the National Museum of Modern and Contemporary Art’s branch in Samcheong-dong, the pastry chefs have created a collection of culinary art pieces, inspired by the artist’s works, such as tea-bag shaped cookies and mini opera cakes decorated with cream flowers. 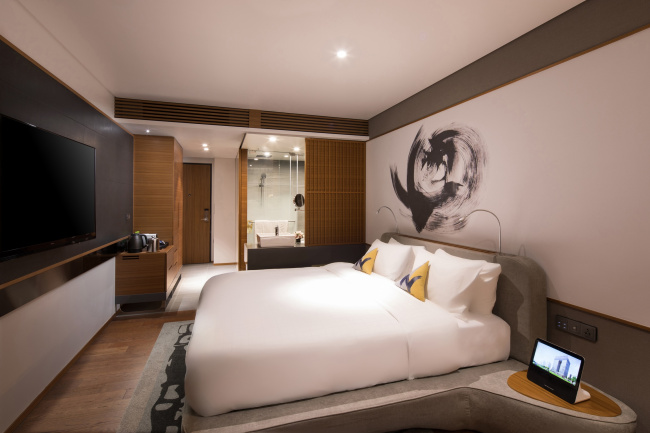 The packages include a night stay at the hotel’s Superior Room. For a single guest, a room equipped with GIGA Genie will be provided, inclusive of a late checkout. The package is priced at 139,000 won.

For two guests, lunch or dinner at Food Exchange will be provided, along with the tickets for “Luna Park: The Design Island” exhibition held at Dongdaemun Design Plaza near the hotel. The package costs 209,000 won. 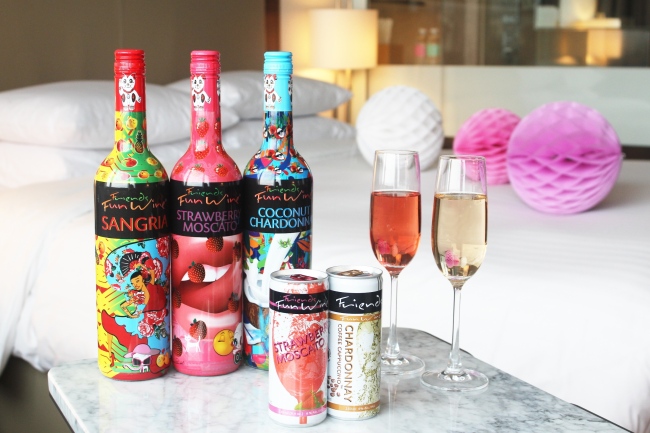 The package includes two cans of wine and a bottle of wine from Friends Fun Wine brand, which is based in Miami, Florida. The young wine brand is known for its unique taste, for instance coconut flavored chardonnay. It also boasts low calories and a light taste, making it popular among young women.

Guests can choose from breakfast at Momo Cafe or the use of the executive lounge.

Housewarming at The Alcove Hotel Seoul 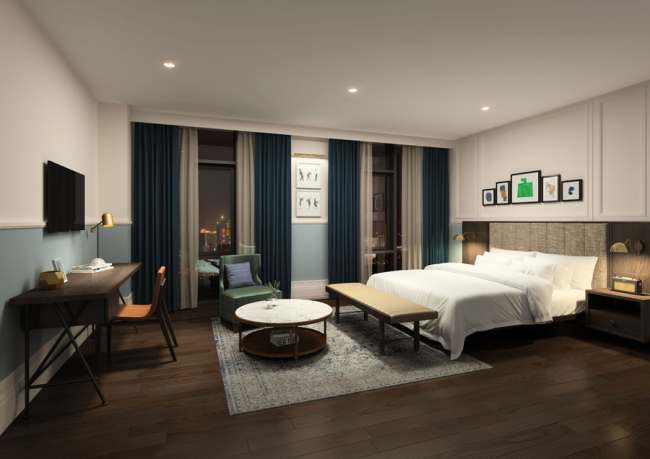 Celebrating the grand opening, The Alcove Hotel Seoul is offering discounts on its rooms.

A standard room is priced at 193,000 won until the end of November.

The hotel, managed by Accor Ambassador Korea, is to open in October. It has 108 rooms in seven different types. Some of the rooms have an outdoor terrace, offering a view of the nearby park. The interior is decorated with wood furniture pieces. The amenities are from French beauty brand Nuxe.

Restaurant Salmanazar offers dining at a private garden under the concept of American bistro. Also, the hotel will have a rooftop bar and a lounge bar. 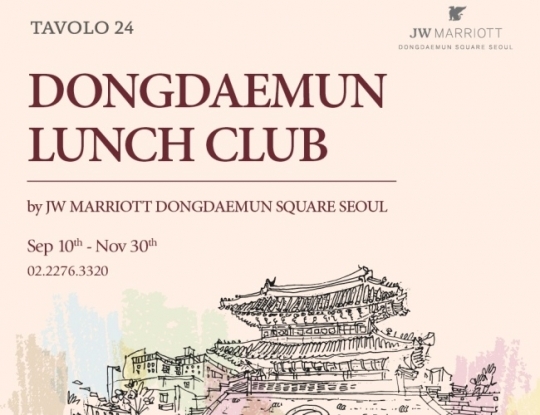 Diners will be able to enjoy JW Mariott Dongdaemun Square Seoul’s all-day dining restaurant Tavolo 24 at a more reasonable price, as the restaurant started a new promotion under the name of Dongdaemun Lunch Club.

The best menus from the restaurant’s previous promotions will be introduced again at the buffet station during lunch. The lunch buffet is open from noon to 2:30 p.m. and is priced at 59,000 won per person.

The restaurant’s dessert buffet can be had at 29,000 won per person until 4:30 p.m. Coffee made by a barista is offered together.

The promotion will continue until the end of November. For more information or reservation, call Tavolo 24 at (02) 2276-3320.