The driver, in his 50s, had driven his truck into a vehicle operated by the Geoga Bridge maintenance company and the guard rail before he was found by police around 11:52 p.m. Monday, according to Busan Police Agency.

The driver had initially called to request help around 11:30 p.m., sounding “very drunk,” but hung up after a short time without disclosing his exact location. 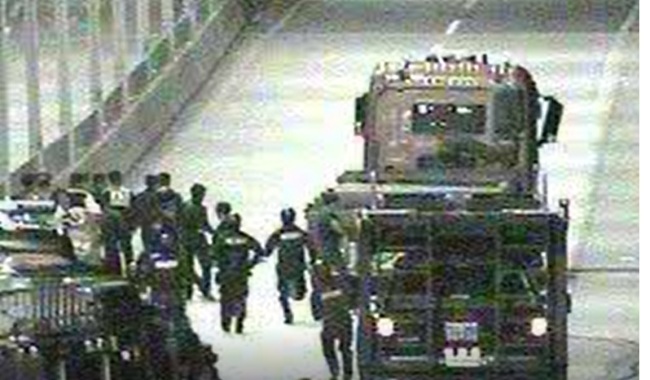 After pinging his cellphone, dispatched officers reportedly ordered him to exit the vehicle, but the man refused and locked all the doors. About 40 minutes later, the man suddenly rammed into the police car and then brandished a gun. He shot one blank and three cartridges toward the front wheel of his own vehicle before driving away.

After firing the shots, the driver continued to drive in the direction of Geoje, South Gyeongsang Province, and threatened to jump off a bridge.

With the help of local authorities, the Special Weapons and Tactics Team from the Korean National Police Agency restrained the man on Tuesday around 5 a.m. after he opened the door of his vehicle. Police believe he was trying to jump off the bridge in an apparent suicide attempt. 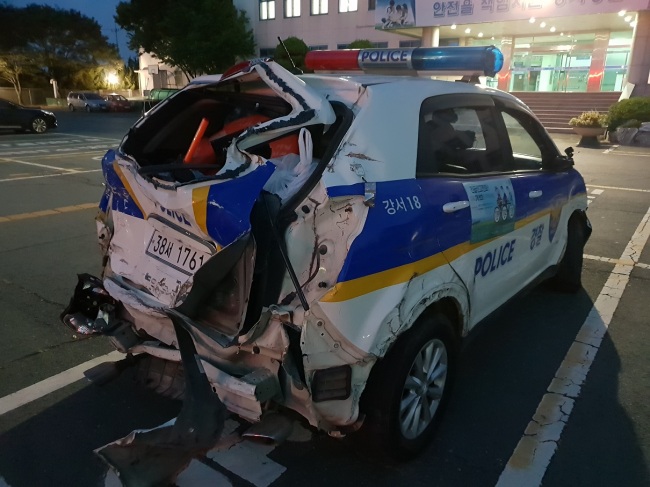 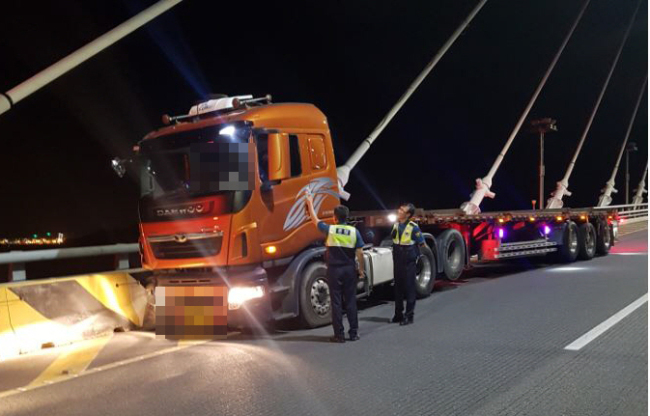 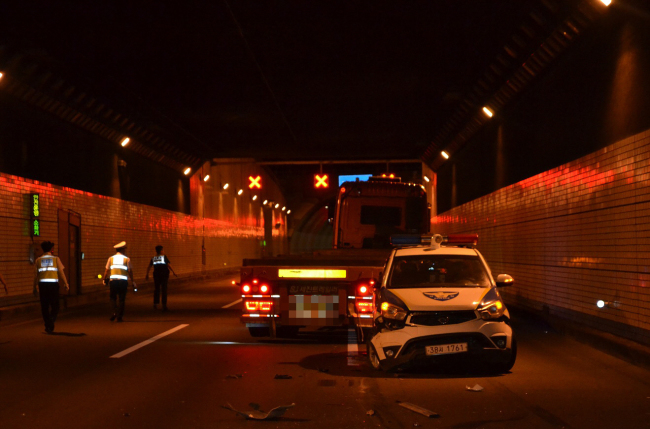