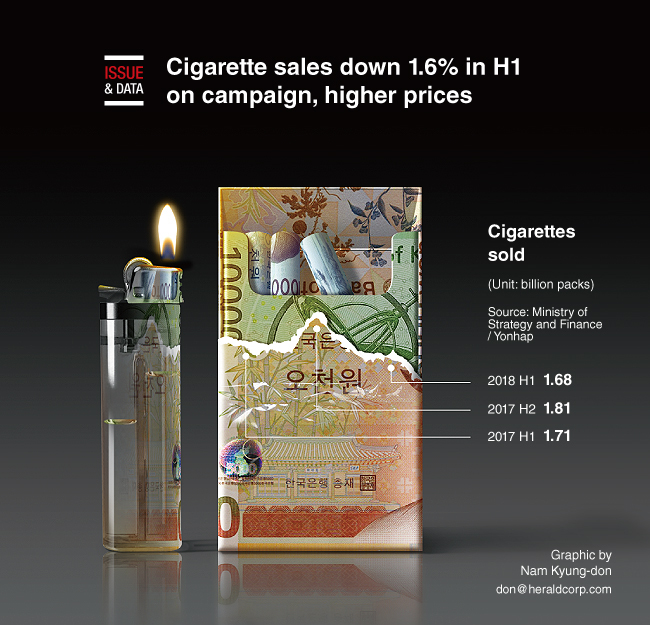 Sales of cigarettes in Korea declined 1.6 percent in the first six months of the year compared to a year earlier, due to a government-led anti-smoking campaign and higher prices, data showed.

Korean smokers purchased 1.68 billion 20-cigarette packs in the first half of the year, compared with the previous year’s 1.71 billion packs, according to data compiled by the Finance Ministry.