[Monitor] 6.8 years needed to own home in Korea 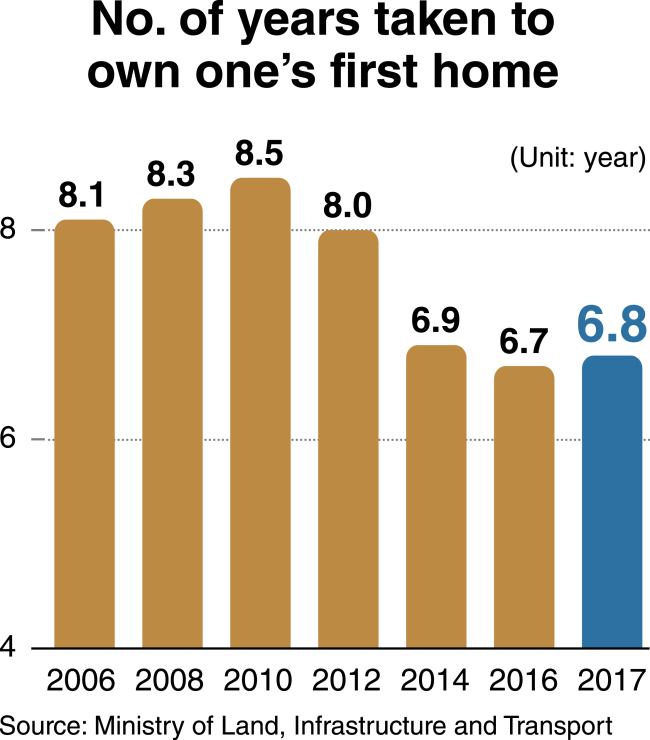 It takes an average of 6.8 years of savings to own one’s first home in South Korea, as of last year, slightly longer than 6.7 years tallied in 2016, according to analyses on housing in the country conducted by the Ministry of Land, Infrastructure and Transport.

The average number of years residing in one place came to eight years, also up from 7.7 years in 2016. While homeowners lived in their homes for an average of 11.1 years, those renting the place stayed for an average of 3.4 years.

The proportion of households that stayed in the same home for less than two years took up 35.9 percent.

Most, or 82.8 percent of those surveyed, believed they “must own their own home.” (khnews@heraldcorp.com)