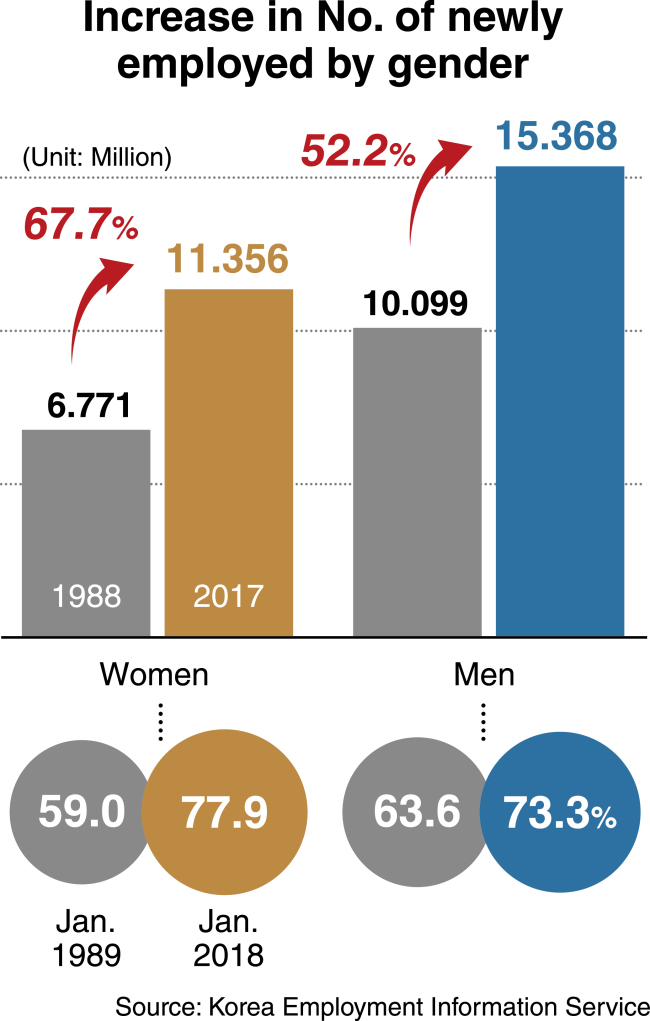 Over the past three decades, the employment increase rate and the proportion of paid workers who are women increased noticeably to surpass those of men, according to data by the Korea Employment Information Service.

The economic activity rate of women also surged from 45.0 percent to 52.1 percent in the same time span. The proportion of women in the work force jumped from 40.1 percent to 42.5 percent.

The report said that such significant improvements in gender employment were driven by legal and structural support, a spread of social consensus for gender equality and a rise in demand by businesses for women workers. (khnews@heraldcorp.com)