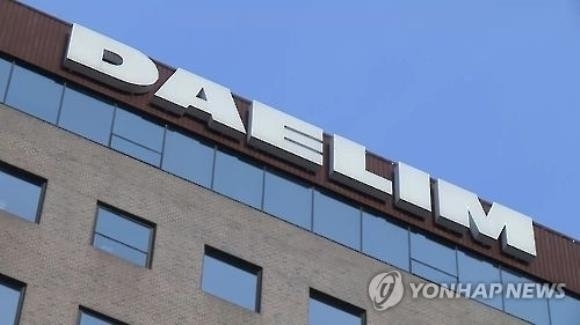 Daelim Industrial has bagged a 2.3 trillion won ($1.9 billion) construction deal with Iran, marking the largest construction contract that a Korean company has won since economic sanctions on the Middle Eastern country were lifted, the company said Thursday.

The company said it received a letter of award from Iran’s Isfahan Oil Refinery to improve and expand oil refining facilities in Isfahan, 400 kilometers south of Tehran.

The deal’s value makes up about 24 percent of the company’s sales last year.

Daelim Industrial will be in charge of the process from facility design to construction and financing for four years. The two parties are planning to officially ink a formal contract next month.

Daelim Industrial has been a leading South Korean company in Iran’s construction business sector since Korea established diplomatic relations with Iran in 1962.

Starting with an engineering project for military use in May 1975, the company has carried out 26 construction projects worth about $4.6 billion in Iran over the past four decades. This is the largest order amount among Korean construction companies.

“The latest order is the outcome of being recognized as a credible company by Iran’s state-run firms and private companies based on (Daelim’s) long experience in Iran,” said a Daelim Industrial official.

The new deal will likely lead to additional orders, said the company, which has carried out various projects in Iran ranging from oil refining, natural gas and petrochemical plant construction.

With its rich natural resources, Iran stands at No. 2 in the world in terms of natural gas deposits and No. 4 in oil deposits.