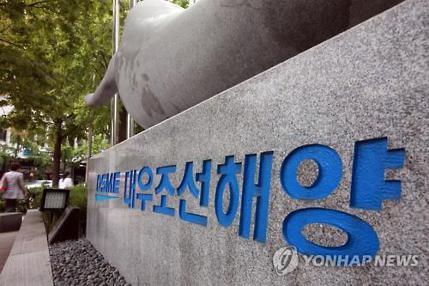 The shipbuilder said about 300 office workers will first start their one month of unpaid leave next month.

All three Korean shipbuilders -- DSME, Samsung Heavy Industries and Hyundai Heavy Industries -- vowed to enforce such unpaid leave as part of their self-rescue plans, but this is the first time that a company is actually putting the measure into action.

About 4,700 office workers, or 42 percent of the firm’s total employees, will go on unpaid vacation on a rotational basis.

“The company will carry out the one-month unpaid leave (policy) until its business gets normalized. There is no specific termination date for the unpaid leave policy,” said a DSME official.

The shipbuilder had sought to cut jobs to under 10,000 through human resource restructuring earlier this year. Although more than 300 of its employees voluntarily retired, the number of jobs still slightly surpasses 10,000, the company said.