Analysts said the financial resolutions of ailing shipping companies would lead to recovery of the stock prices of the shipping industry, but shipbuilders will see a rough year due to rising competition from China and Japan and the nature of their orders, which require extensive time to materialize. 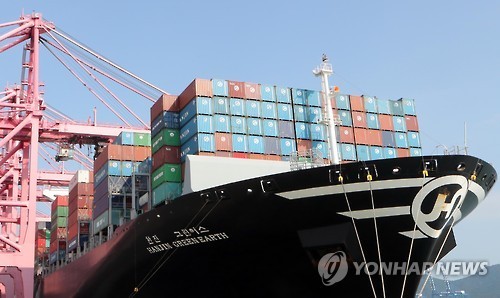 Since Hanjin Shipping filed for court receivership in August, the company’s stock price has plummeted. The stock price dropped to a record low after accounting firm Samil PricewaterhouseCoopers concluded earlier this month that liquidation of the shipper is “more economical” than continuing with rehabilitation. On Thursday, Hanjin Shipping’s stock price closed at 374 won ($0.3) on the Seoul bourse, down by nearly 90 percent from the beginning of this year.

Hyundai Merchant Marine has also had a tough year. The company’s stock price has declined since rumors of its failed membership in the 2M alliance started growing last month. The stock price was marked at 6,850 won Thursday, down by 65 percent compared to the record-high price in May. Earlier this month, HMM agreed to a limited three-year partnership with the 2M alliance.

Analysts, however, projected that the Korean shipping industry’s stock prices would recover next year.

“The Hanjin Shipping chaos and tough market conditions financially damaged other companies. As the companies whose restructuring efforts failed will be liquidated and financially solved, the industry will be less affected next year than this year,” said Shinyoung Securities analyst Eum Kyung-ah.

The stock price of the three major shipbuilders, meanwhile, will remain rocky next year, despite gradual recovery, experts said. 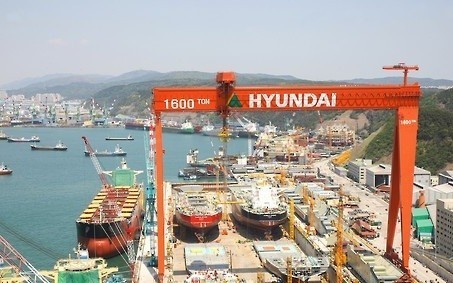 With cost-saving efforts and restructuring moves, Hyundai Heavy Industries has returned to the black in the third quarter. Its stock Thursday closed at 149,000 won, which is up nearly 70 percent from the beginning of this year.
The stock price of Samsung Heavy Industries, which decreased by 20 percent until last month, has also rebounded upon the performance improvement. In the third quarter, it posted 84 billion won of operating profit and 129 billion won of net profit, returning to the black. The SHI stock closed at 9,480 won on Thursday.

The stock trading of Daewoo Shipbuilding and Marine Engineering has been suspended since June this year due to impaired capital. The trading is expected to resume early next year as the company is planning to wrap up a massive capital injection through a debt-for-equity swap and perpetual bond sale.

“Although the orders are slowly increasing around the globe, the benefit to Korea will be limited as China and Japan are expanding the orders for their own dockyards. The contract performance will recover for sure but not as much as before,” said analyst Lee Bong-jin at Hanhwa Investment and Securities.

For customer companies, it takes about two to three years from drafting plans to making orders, they added.

“Considering the ordering process of the past marine plant projects, the real order increase will likely take place from late next year or early 2018. The market conditions of container carriers and LNG ships will also likely recover in the second half of next year,” said Yuanta Securities Korea analyst Lee Jae-won.