3 Korean shipbuilders picked as most influential in Lloyd’s List 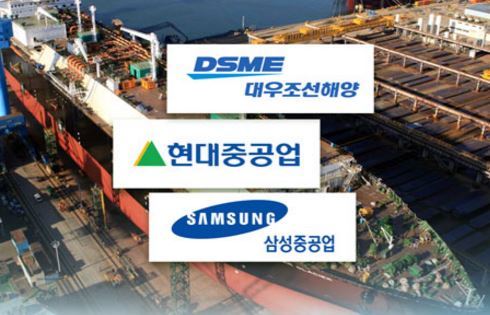 According to Lloyd’s List of the “100 most influential people in the shipping industry,” Daewoo Shipbuilding and Marine Engineering CEO Jung Sung-leep came in at No. 76 for showing a “willingness to roll up his sleeves and deal with the troubled shipbuilder’s issues head on.”

Jung personally visited Angola and the United Arab Emirates to negotiate payment and delivery issues for the drill ships as part of efforts to sort out the company’s financial difficulties, the weekly news outlet said.

Samsung Heavy Industries CEO Park Dae-young stood at No. 87, in recognition for managing the company to return to the black in the third quarter with a net income of 128.6 billion won ($108 million).

He has been included on the list for the past four years.

Hyundai Heavy Industries Chairman Choi Kil-Seon also ranked No. 93 for leading a “fresh senior team to aid his quest in nursing HHI back to health” and introducing a dual chief executive management system to overcome the obstacles.

On a negative note, Hanjin Shipping, Korea Development Bank and South Korea as a nation were collectively picked at the No. 2 spot for the shipper’s bankruptcy.

“The pitfalls of South Korea’s growth model have been laid bare by the demise of Hanjin Shipping,” the long-running maritime journal said.

It added that the KDB’s responses underlined how the government stumbles on industry policy-making after the country’s carriers and shipbuilders have suffered years of heavy losses.

The ranking was determined based on analysis of industry events and business decisions of the past 12 months, the UK journal said.