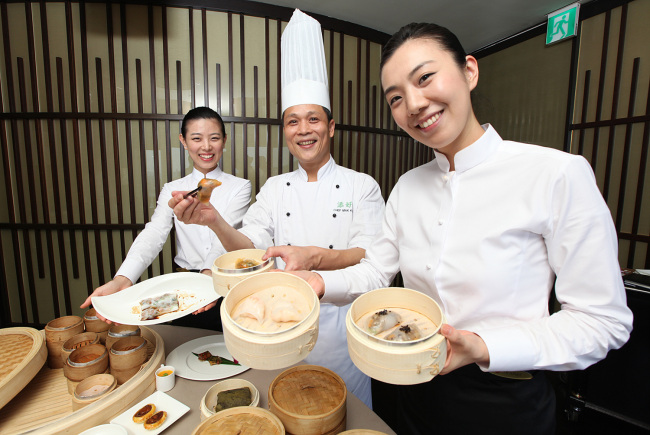 Lotte Hotel Seoul’s restaurant Dorim is inviting chef Mak Kwai Pui from Hong Kong’s Tim Ho Wan, a Michelin star restaurant with worldwide chains and renowned for its specialty in dim sum. From May 19 to 22, chefs Mak Kwai Pui and Yeo Kyeong-ok will collaborate on a tasting promotion, featuring signature dishes and exotic ingredients such as braised shark’s fin in soy sauce and blood bird’s nest bouillon. The lunch course is priced at 138,000 won and 158,000 won, while dinner is priced at 195,000 won and 235,000 won. On May 21 at 7 p.m., a gala dinner will be held, priced at 570,000 won, and featuring eight different wines. Fifteen kinds of dim sums will be sold as single dishes starting at 18,000 won. The dim sum promotion is also being held at La Seine, the hotel’s buffet restaurant. For inquiries, call Dorim at (02) 317-7101~2 or La Seine at (02) 317-7171~2. 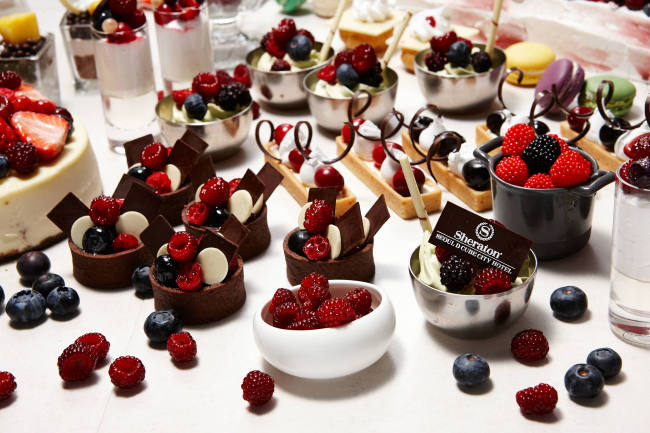 Sheraton Seoul D Cube City Hotel is presenting the “All about Berries and Cherries” promotion, featuring desserts made with strawberry, raspberry, blueberry and cherry at the Lobby Lounge Bar’s dessert buffet on the 41st floor, available from 12 to 8 p.m. every Saturday, Sunday and public holidays starting May 1. Desserts such as fresh cherries in a bowl, raspberry chocolate tart, cherry tart, berry trifle, creme brulee, soft berry curd cream, macarons and chocolate fondue will be laid out. The buffet also offers mixed fruit punch and ice cream to quench the summer thirst. To complete the leisurely afternoon, a selection of tea and coffee, prepared by coffee beans from Italian brand Illy, will be available. The promotion is priced at 34,200 won per person. Unlimited sparkling wine will be served to those who pay an extra fee of 20,000 won. For inquiries, call (02) 2211-1740. 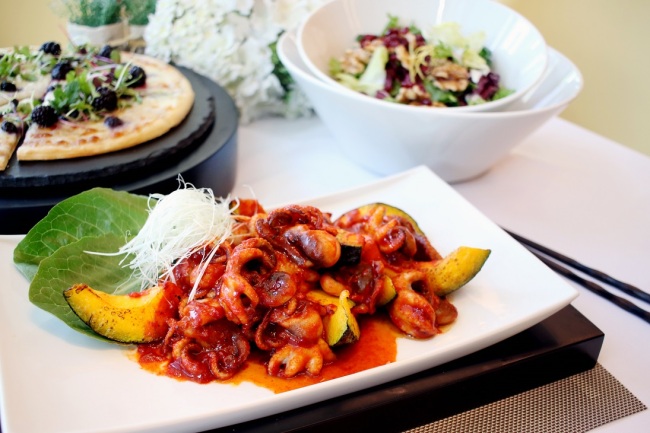 Ibis Ambassador Gangnam, Myeongdong, Insadong, and Ibis Styles Ambassador in Myeongdong are hosting the “Taste of Spring” promotion at their buffet restaurants from May 4 to June 30. The restaurants will offer a range of seasonal ingredients including jjukkumi, or webfoot octopus, sweet pumpkin and blackberries. Ibis Ambassador Gangnam’s La Table buffet, which has recently undergone renovation, will be providing glasses of traditional Spanish Hola Amigo Sangria wine or Kloud draft beer to diners. Lunch is priced at 37,000 won per person and dinner at 43,000 won. The La Table buffet at the hotel’s Myeongdong chain will provide a luscious beef dish and more at 25,000 won for lunch and 33,000 won for dinner. For inquiries, call (02) 3011-8120 (Gangnam), (02) 6361-8120 (Myeongdong), (02) 6730-1121 (Insadong) or (02) 6020-8880 (Styles, Myeongdong).