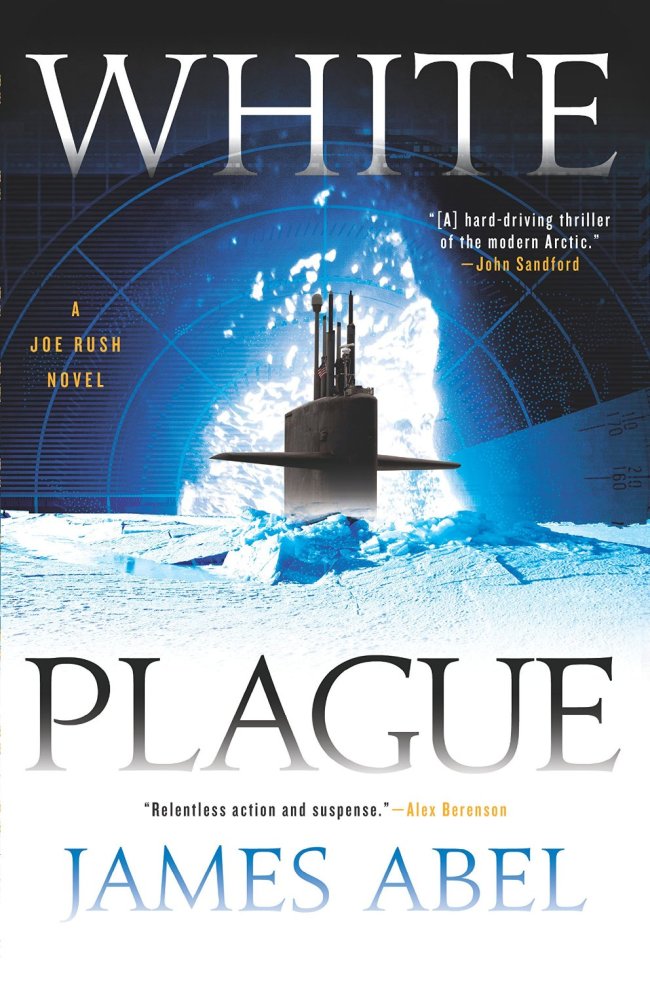 
James Abel’s new thriller, “White Plague,” combines elements from “The Hunt for Red October” and the cutting-edge science from the best of Michael Crichton to send chills down the reader’s spine.

Marine doctor Joe Rush is sent into action when times are desperate. Besides being a top-ranked physician, he can also lead a team into potentially hostile and lethal situations involving bioweapons. He’s earned the nickname “Killer Joe,” thanks to an earlier, still classified mission, but he does his best to ignore questions about how he earned the moniker.

Rush receives orders to lead a team into the Arctic Ocean to rescue the crew of the USS Montana, a vessel that is in flames and adrift off the coast of Alaska. Can Rush and his team rescue the survivors in time? To make the situation more grim, a Chinese submarine is headed there as well, and it’s obvious to Rush that the Chinese want the ship’s technology.

When the survivors are located, they show signs of being sick. Viruses are Rush’s specialty, but this pathogen may be beyond his level of expertise.

Abel is the pseudonym of an author who has the gift of creating page-turning fiction that reads like non-fiction. “White Plague” is so believable it feels like the author is reporting actual events. Readers will be eagerly awaiting the next adventure featuring Joe Rush, but it’s difficult to imagine how Abel will be able to top this winner. (AP)