The wait is clearly worth it.

Not only does Jooo’s owner-chef Lee Byung-joo serve up tasty soup dumplings and fragrant bowls of hot noodles, each dish only sets one back an affordable 3,500 won to around 9,000 won, keeping lunch generally under 10,000 won.

Wallet-friendly prices and tasty grub clearly makes for a winning combination, but that is not all that makes Jooo’s so memorable.

Here, Lee dedicates himself to spinning out fare that reflects his culinary adventures in China, from Guangdong to Lanzhou and Sichuan.

Certainly, one will find more familiar eats like wonton noodles and soupy xiaolongbao, which Lee does justice to with his handcrafted gossamer-thin wrappers, chicken-based clear broth and sweet pork filling.

Lee’s take on off the noodle soup is addictively piquant, with its compelling broth, a layering of spices and chili oil that leaves a tingly sensation with each mouthful of those hot, chewy noodles.

His Sichuanese-style dandan noodles, which one is urged to stir vigorously to get to the peanut sauce that may have settled to the bottom, is yet another one of his star dishes, with its sweeter, nuttier soup profile, minced pork topping and luxurious chili-oil-laced tangle of noodles.

Then there his spicy wonton, a dish inspired by Sichuanese suanla chaoshou.

Chewy, uberthin wrappers are filled with a sweet pork, dried shrimp and pyogo mushroom filling and served up doused in a fiery chili-oil-based sauce and sprinkled with chopped green chili peppers.

All of these delectable dumplings and noodle soups serve as edible testimony to the long journey owner-chef Lee Byung-joo undertook to arrive at his own Seoul-based restaurant.

It all began when he visited a friend in China and tasted xiaolongbao, those famed soup dumplings.

That culinary “aha!” moment clinched his decision to study Chinese cuisine in Beijing.

During his studies, he interned at a restaurant in Guangdong for over a year, where he learned how to make dim sum.

Later on, after he graduated, Lee returned and traveled through Sichuan and Lanzhou, experiencing cuisine that would also serve as inspiration for the dishes at Jooo’s.

Then this April, Lee opened Jooo’s Dim Sum and Noodles in Sinsa-dong.

“I wanted to make dim sum for everyone,” Lee, 31, said of how he focused on creating an affordably priced menu in hopes of drawing the masses.

While Lee focuses on keeping prices down, he doesn’t compromise on taste, a move that seems to have earned him an ever-burgeoning loyal following of customers who are willing to wait for their steaming hot xiaolongbao and fragrant, fortifying bowls of soupy noodles. 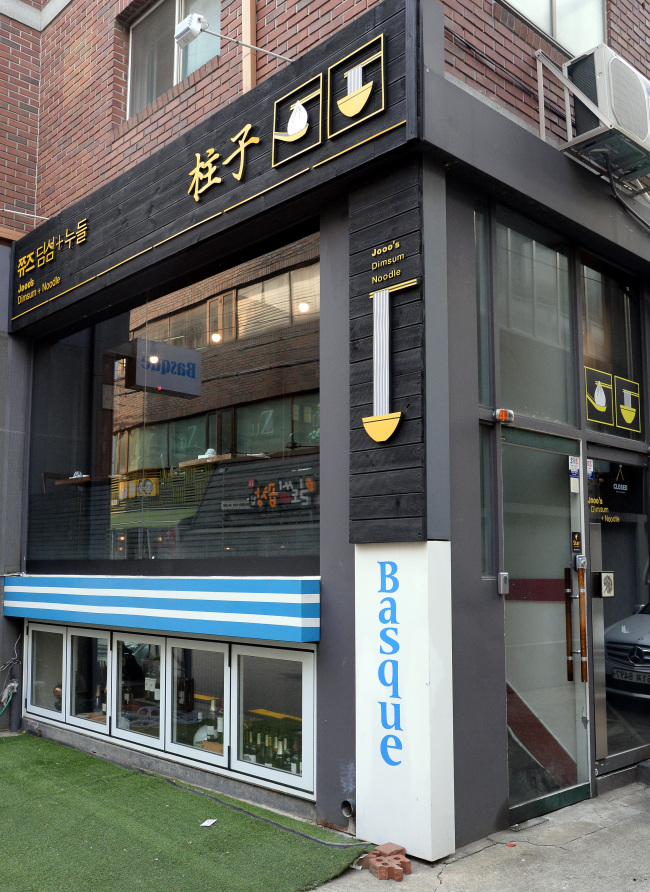