Following the footprints of Korea’s past

A journalist and history buff, Lee has been writing a history column titled “Lee Ki-hwan’s History with a Trace” for the vernacular daily Kyunghyang Shinmun since August 2011, focusing mostly on the Joseon era (1392-1910), but considering other periods as well. 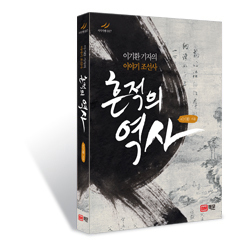 He begins his new book “History with a Trace” ― based on his findings and interesting facts he collected while working on his column ― by quoting the great Chinese historian Sima Qian, who lived 2000 years ago. “Qian wrote ‘shiji (historical records)’ to ‘narrate past events while thinking of future generations.’”

“British historian Edward Hallett Carr (1892-1982) also said history is ‘an unending dialogue between the present and the past,’” Lee writes.

Out of his affection for history, Lee tells 40 interesting stories from the Joseon era to add color and life to what people often perceive to be a humdrum history.

The author’s journey begins in 1403, when 34 cargo vessels carrying taxes from provincial cities sank off the coast of Gyeongsang Province. When the third king of Joseon, Taejong (1367-1422), was informed about the disaster, he first asked about the number of casualties and then about the amount of lost rice.

A servant of the king hesitated and answered, “Around 1.4 million kilograms of rice was lost and about 1,000 people died.”

King Taejong heaved a sigh and said, “I take all the responsibility. I knew the wind was strong on the day of the voyage, but allowed the boats to depart. It is I who led the innocent people to die.”

Lee was surprised to discover that a number of accidents in the past were similar to contemporary ones. These include the sinking of the ferry Sewol in April, which claimed more than 300 lives. “Then and now, accidents are man-made disasters, resulting from dereliction of duty and careless decisions to let ships sail in bad circumstances,” Lee writes.

“I think it is brave for the king to take all the responsibility.”

The author uses an eye-catching title for each tale to draw readers’ attention, such as “Save the old bachelor and the old maid” to depict the government’s effort to pay the wedding costs for those who can’t afford them.

“For poor men and women who are delaying marriage because of the cost, provincial officers should make their cousins help financially for marriage to occur at the right age,” wrote King Sejong (1397-1450) in “The Annals of Sejong.”

The pleasingly thick work explores the real personalities of revered kings and nobles of the Joseon era by focusing on lesser-known anecdotes.

While King Jeongjo is remembered for being a great reformer, having figured prominently in recent books and films like “The Fatal Encounter,” he was also a workaholic who micromanaged everything. He would even set up a disaster-relief center in his own bedroom to take care of all the details when disasters broke out.

Jeong Yak-yong (1762-1836), one of the greatest thinkers of the time, is remembered as a faithful and upright Christian. Nonetheless, his alcohol tolerance was so high that he had no clue what his drinking capacity was.

Lee also dedicated a chapter to soju, saying that Koreans’ love for soju goes back a long way. Among many interesting, and sometimes brutal, stories involving the Korean distilled liquor, Yi Bang-woo, the eldest son of the founding father of the Joseon era, Yi Seong-gye, stands out as a tragic figure as he died of drinking too much soju.

Also, there was a woman named So Eun-kum who intoxicated her husband with soju to kill him with the help of his lover.

These are just a sample of this expansive and detailed book of history written by an author who studied over 170 historic records, including “The Annals of the Joseon Dynasty” in search of little-known stories from the past.

Lee denies he is a historian, saying, “I am a journalist who believes that journalists are storytellers.” That’s why he never lets up in tracing historical stories that may serve as a guiding light for today’s ever-changing society.

“As I write more, I realize the importance of record keeping,” he said.