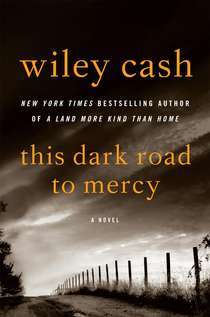 This Dark Road to Mercy
By Wiley Cash
(Morrow)


Wiley Cash’s lyrical, poignant approach to storytelling ― an outstanding asset of his 2012 debut ― takes another leap forward in “This Dark Road to Mercy.”

As he did in his first novel “A Land More Kind Than Home,” Wiley mixes crime fiction with bits of Southern Gothic for a graceful second novel that is steeped in strong characters driven by a longing to connect with each other. Using the caper ― a mystery category that often is underutilized ― Cash delivers a story about love, failed ambition, responsibility and revenge and he does this relying on emotion rather than violence.

Easter Quillby is mature beyond her 12 years. She’s had to grow up fast after she and her 6-year-old sister Ruby landed in foster care in Gastonia, N.C. Even before she had discovered her mother dead from an overdose in their run-down home, Easter was the one who fed her sister and got the two of them off to school. Years before, their deadbeat father, Wade Chesterfield, had signed over his parental rights and disappeared.

But now Wade, a former minor league baseball player, is back. And for some reason he wants his children, even if it means kidnapping them in the middle of the night from the foster home, not even giving them time to change out of their nightgowns. But there is no clean escape for this rag-tag family. The compassionate Brady Weller, the girls’ court-appointed guardian, is on their trail as is the brutal Robert Pruitt fueled by a years-old vendetta against Wade. There’s also a little matter of Wade’s gym bag full of money that Pruitt is hired to bring back for the local crime boss, and Pruitt is happy to use whatever force needed.

“This Dark Road to Mercy” unfurls during 1998 when Mark McGwire and Sammy Sosa raced to break the season home run record, an ambition that Wade once had but could never achieve. Cash effectively shows Wade to be a perpetual outcast, who wants to do the right thing but never quite can. “Wade’s a good guy,” says one character. He’s got a good heart. He just gets carried away and does stupid (stuff) sometimes.” Cash skillfully shows Brady and Pruitt to be Wade’s antithesis. The good-hearted Brady is forever trying to find redemption for causing a child’s accidental death while Pruitt thrives on rage.

But it is Easter who struggles to be the parent to her sister and the adult that Wade never can be. Yet Cash wisely doesn’t make Easter wise beyond her years. She is still a child trying to do right, which is something the grownups around her often forget. (MCT)