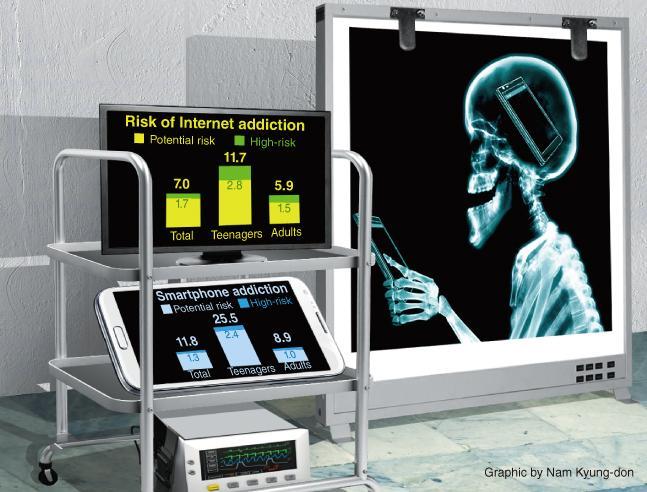 About 1 in 4 Korean teenagers may be addicted to smartphones, government said Monday.

A recent survey by the Ministry of Science, ICT and Future Planning showed that 25.5 percent of all teenagers were categorized in 2013 as at risk of addiction, meaning their lives are disrupted by excessive use of mobile devices. The number of potential teen addicts increased 7.1 percentage points from the year before, while their adult counterparts decreased 0.2 percentage point to 8.9 percent.

The government said it would introduce preventive measures against rising smartphone addiction among students, such as launching education programs warning the hazards of addictions for students of all levels.