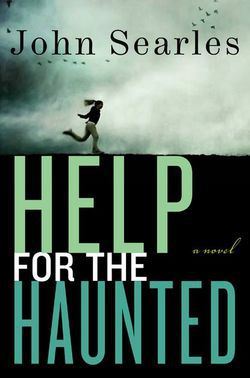 Help for the Haunted
By John Searles
(William Morrow)

The title of John Searles’ captivating third thriller, “Help for the Haunted,” refers to the headline of a personal ad run by the late Sylvester Mason when he and his wife set up shop as Christian ghostbusters. In the years preceding their shooting in a church ― a scene that opens the book ― the couple became well-known due to a muckraking book by a local reporter.

The events surrounding her parents’ murder are narrated by Sylvie, 14, now in the care of her troubled sister Rose, 19. The girls live in squalor on Butter Lane, near Baltimore, where empty foundations gape like missing teeth. They eat Popsicles for every meal and wear tank tops through the winter. With her parents’ accused killer in jail awaiting trial, the only adult paying attention to Sylvie’s situation is the county teen drug counselor, Mr. Boshoff, though straitlaced Sylvie has more in common with her heroine, Jane Eyre, than with any of his other clients.

Sensing trouble between the sisters, Boshoff brings Sylvie a Sharon Olds poem with the line “I learned to love the little things about him, because of all the big things I could not love” and suggests she try to apply it to Rose. But Sylvie can’t think of anything, and her attention is distracted by a newspaper lying at the top of the wastebasket. “Witness Surfaces Who May Clear Suspect in Killing of Famous Maryland Couple.”

Sylvie was waiting outside in the car when her parents were shot; when she ventured into the darkened church to find them, a bullet whizzed by her ear and she passed out. It was she who pointed the finger at Albert Lynch, a former client of her parents’. But now that he has an alibi, the police bring her back in for questioning.