Lee broke his own Asian record to finish in 13:09.74 at the Indoor Speed Skating Stadium in Astana. Lee won gold in the same event at last year's Vancouver Olympics.

It was Lee's third gold medal in this year's Asian Games after finishing first in the 5,000-meter and the mass start events. Lee is the first South Korean long-track speed skater to be crowned three times in one Asian Games.

Lee aims to win a total of four gold medals in Astana. 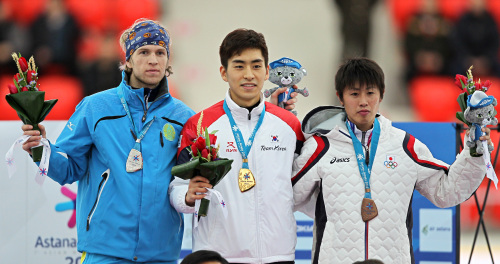 Kwak has been considered No. 2 in South Korea's figure skating, and her medal Saturday hardened her standing. She won a total of 147.95 points after Friday's short and Saturday's free skating programs.

The gold went to Kanako Murakami of Japan with 177.04 points and the silver also to Japan's Haruka Imai with 167 points.

The team of Kim Ja-youn, Lee Ha-na and Choi Seel-bi finished the race in a combined total of one hour and 18 minutes at the Biathlon and Cross Country Ski Complex in Almaty. 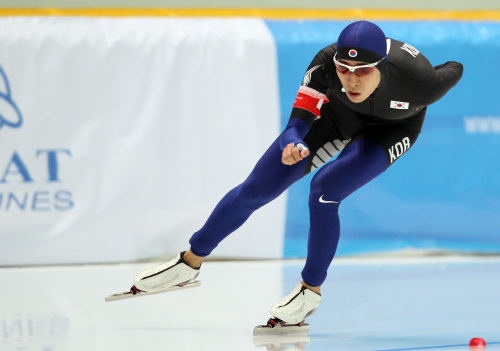 Host Kazakhstan clinched gold with a time of 59 minutes and 43 seconds, and the bronze went to Mongolia that finished the race in one hour, 33 minutes and three seconds.