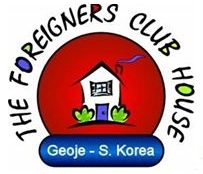 • Location(s): The white building adjacent to the Admiral Hotel in Okpo, on Geoje Island in South Gyeongsang Province. The club house is located on the second floor of the building, above Think Caf.

• Number of members: Changes constantly due to the shipyard schedules, but normally around 600-700 members

• Started: During the 1980s in an upstairs room at what is now the Admiral Hotel. The club moved several times in the ‘80s, and broadened to include more family-friendly activities.


This is a series introducing associations and clubs for expats. This week, Expat Living spoke to Bryan Finan of Geoje Foreign Residents Association ― Ed.


Who is it for? Foreigners and their families.

What goes on? Mainly we are here to provide somewhere for foreigners to come and relax, enjoy some food and have a chat in a relaxing atmosphere. Occasionally we have special events. Next month we will have a Scottish celebration in honor of Rabbie Burns, which is usually one of the highlights of the year for the club.

Plans for the future? We’re unable to expand the club in any way, but I think the club runs well the way it is at present. If it ain’t broke, don’t fix it.

How to join? People can join by coming to the club and completing a membership form, which takes two minutes. It costs 40,000 won to join, 12,000 won of which is the first month’s membership. Membership fees of 12,000 are payable every month after this and are deducted from the membership card. For more information on the club visit http://gfra.net.