Test your knowledge of Korea with our weekly quiz on the language, culture, history or anything K-related. 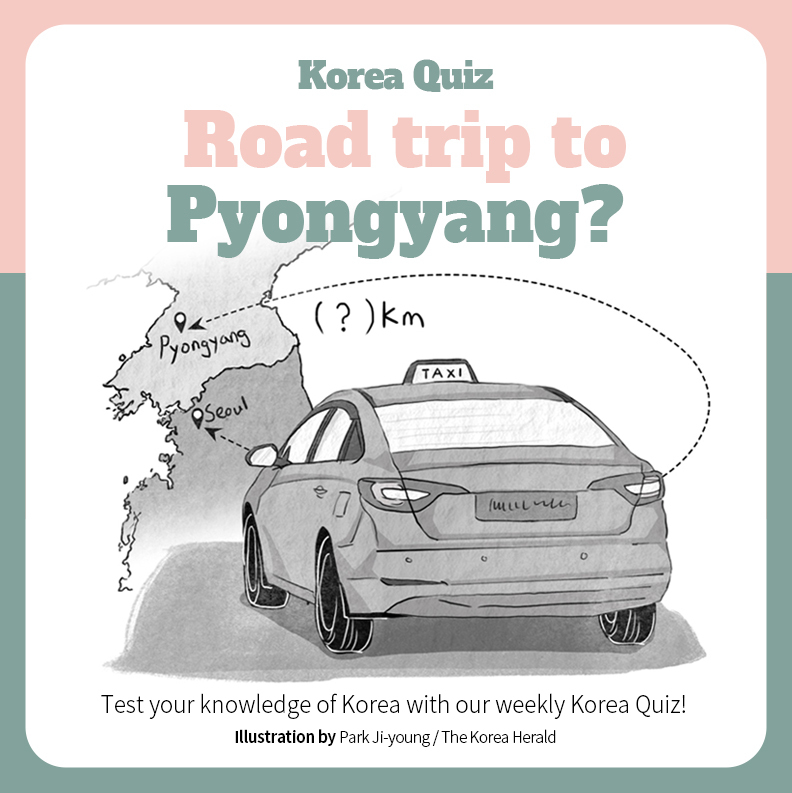 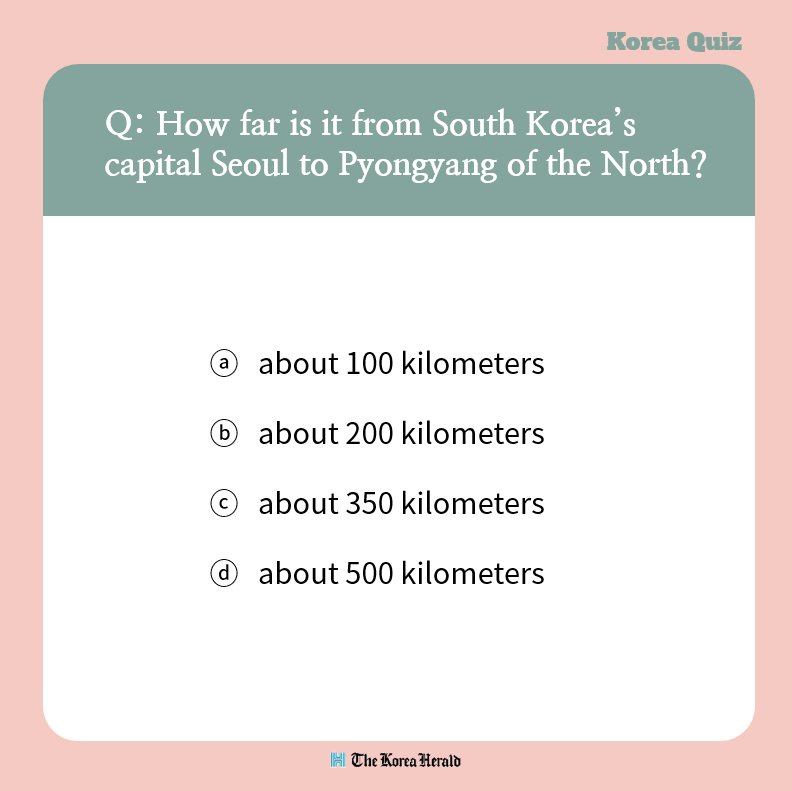 South Koreans can travel to far-flung, exotic destinations if they want, but there is one place that remains off limits -- North Korea.

The irony of this is that the two countries are just 195 kilometers apart, from capital to capital. By road, it would be around a three-hour drive.

To put this in context, the distance between Seoul and Korea’s second-largest city, Busan, is more than twice that of Seoul and Pyongyang. Popular weekend destinations along the East Sea, such as Gangneung and Sokcho, are over 200 kilometers away from Seoul.

Even Washington DC to New York in the US is 362 kilometers apart and takes three hours and 51 minutes by car.

The physical distance, however, doesn’t mean much, as people are prohibited from crossing the border to visit the North without the government’s approval. The two Koreas are still technically at war, separated by barbed wire fences and armed guards safeguarding the border.

In 1991, a taxi driver in South Korea expressed his desire to make a road trip to Pyongyang in a song.

A 1995 remake of the song by Shin Hyung-won has altered the taxi fare to 50,000 won ($40) after adjusting for inflation. Today, the presumed cost of a taxi ride from Seoul to Pyongyang would approach 200,000 won.

In 1998, the taxi driver’s dream of a road trip to Pyongyang was realized by the late Hyundai Group founder and North Korea-born entrepreneur Chung Ju-yung. In a historic event that grabbed headlines worldwide, Chung crossed the border in June with trucks carrying 500 cows to be donated to the socialist state. He became the first civilian to do so. In October that year, he took the same route to deliver an additional 501 cows.