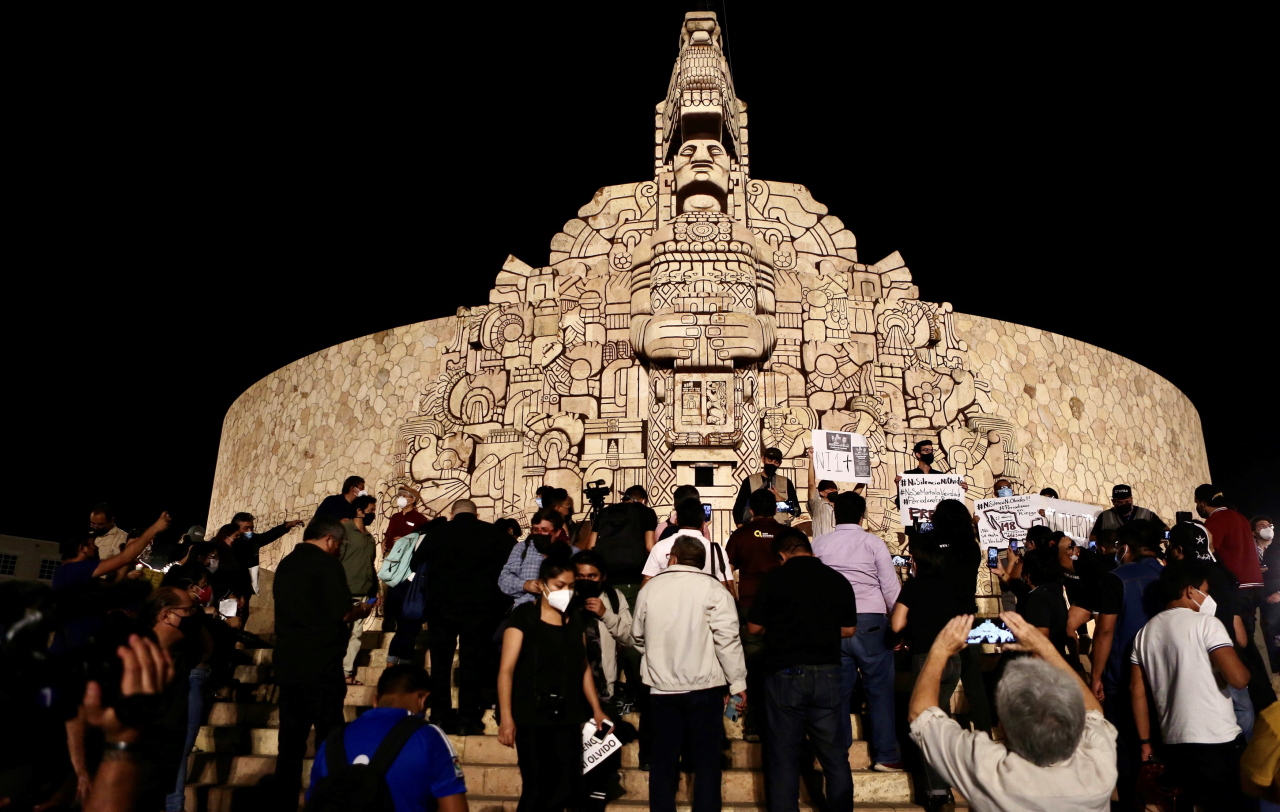 Members Members of the Mexican press union staged a demonstration against violence against their colleagues, in Merida, Mexico, Jan. 25. 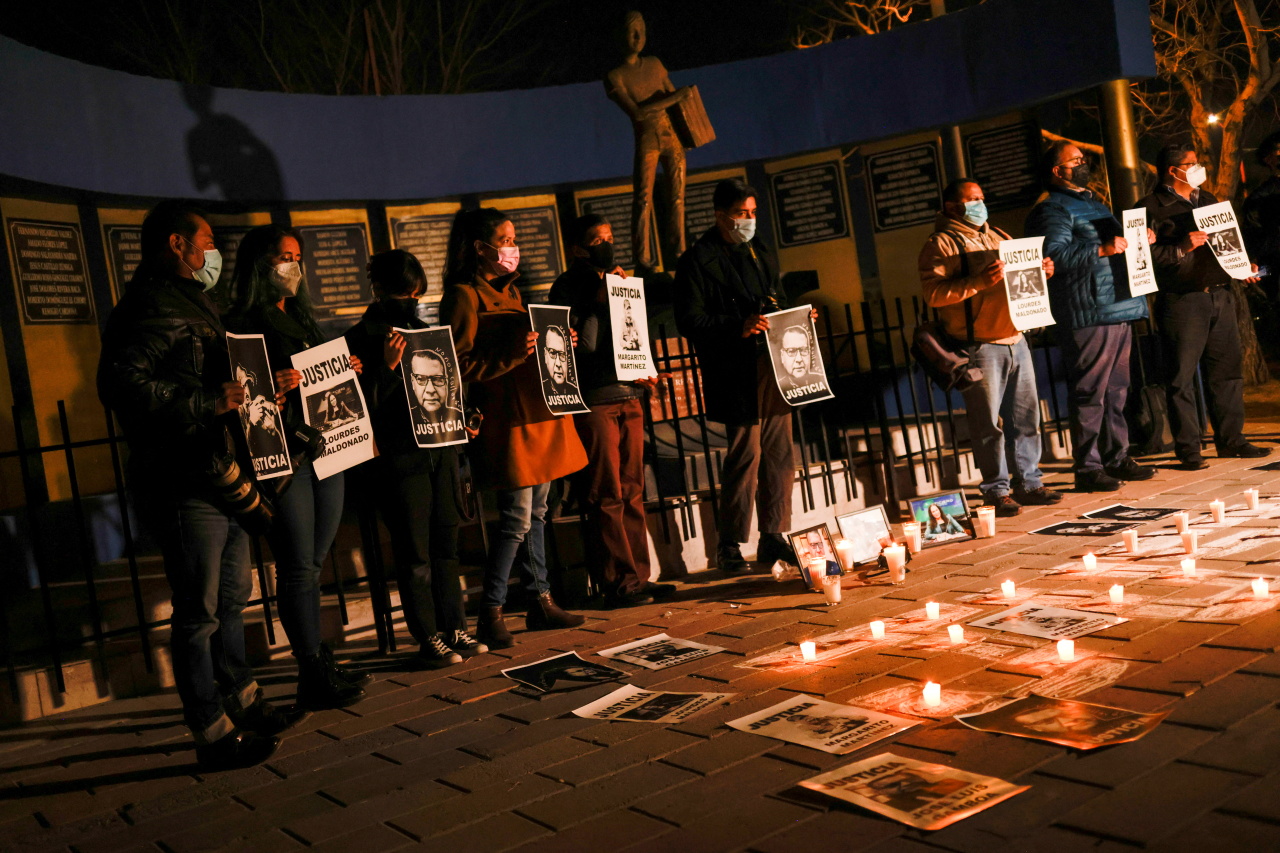 Thousands of journalists from all the states of the country demonstrated to demand justice for the recent murders of informants and the end of the violence against the union. 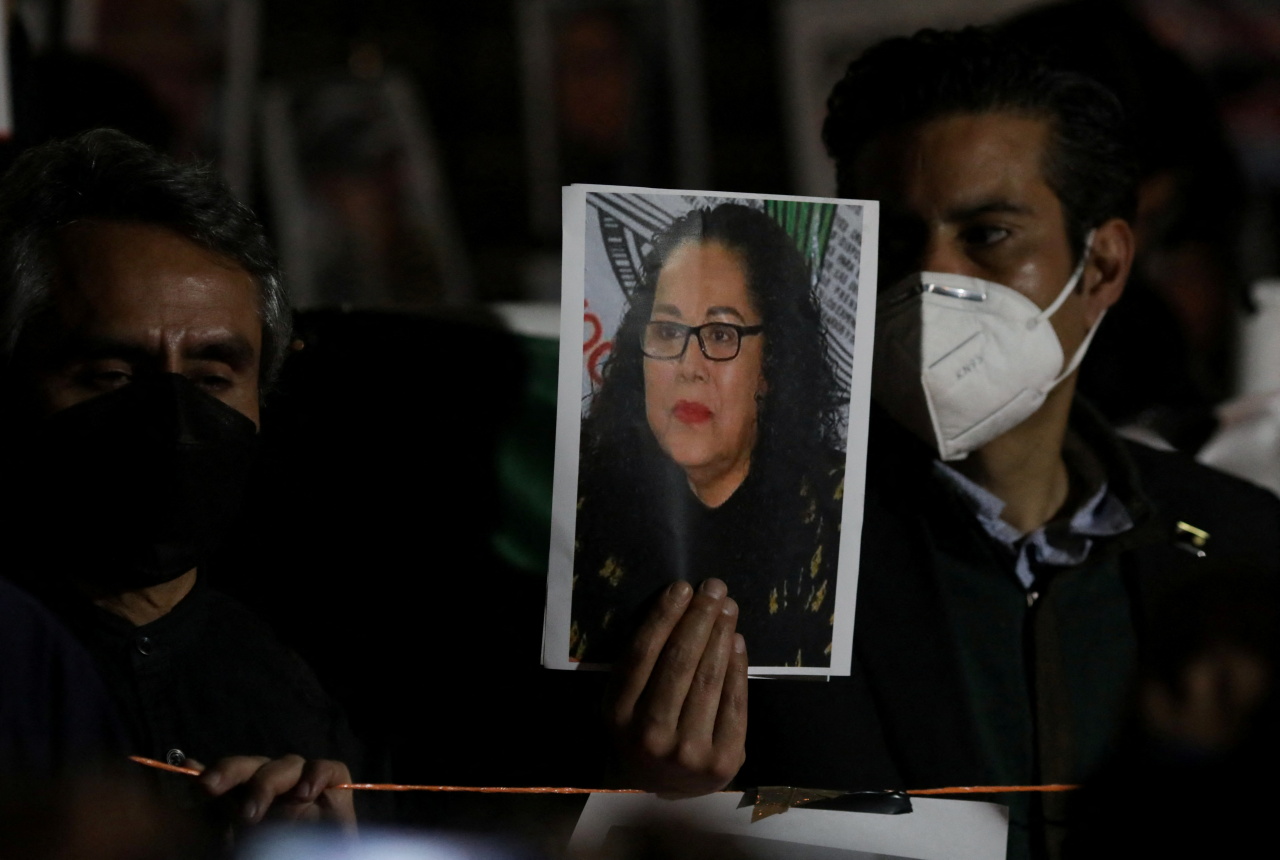 A protester holds a picture of Mexican journalist Lourdes Maldonado who was killed in the northern border city of Tijuana, outside the Secretariat of the Interior in Mexico City. 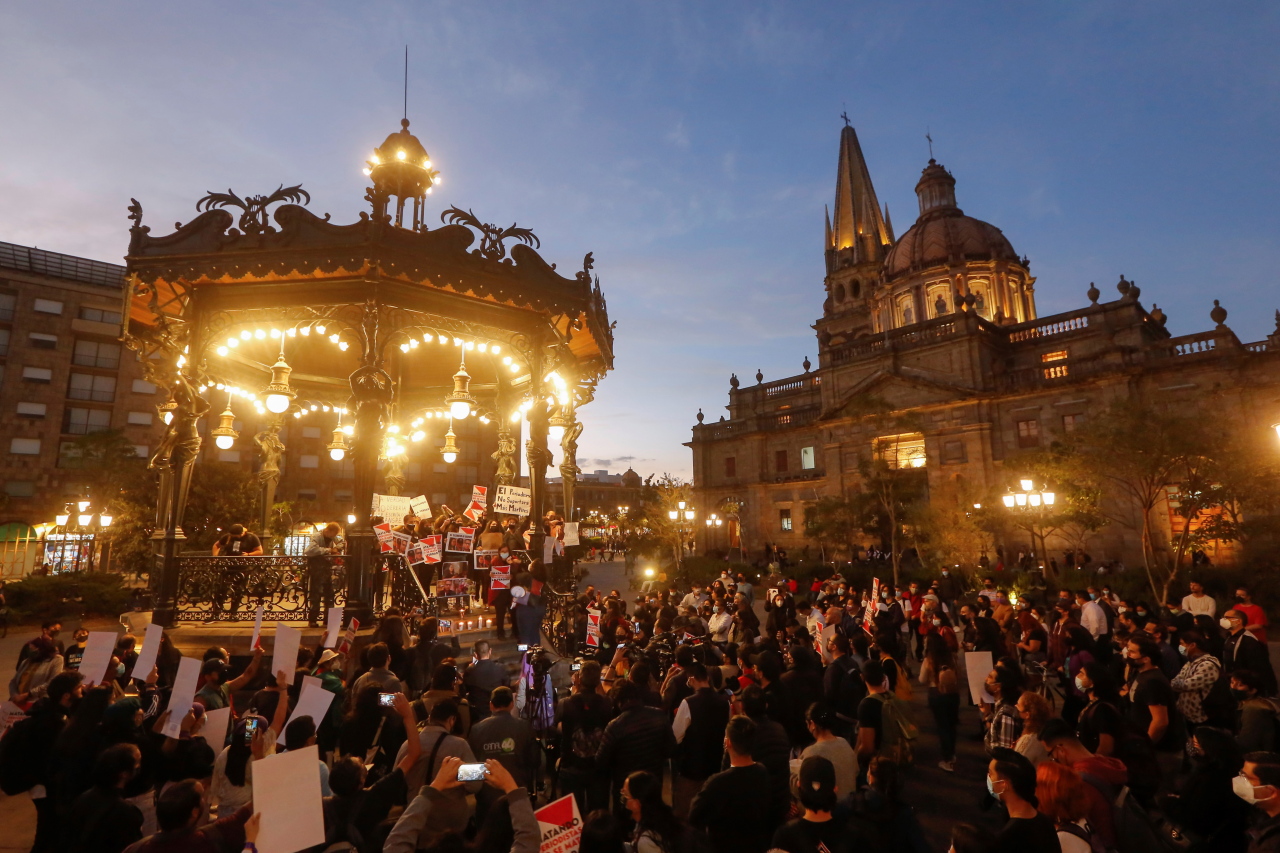 A group of photographers and media reporters from northeastern Mexico protest at the Freedom of Expression monument in Monterrey, Nuevo Leon state, Mexico. 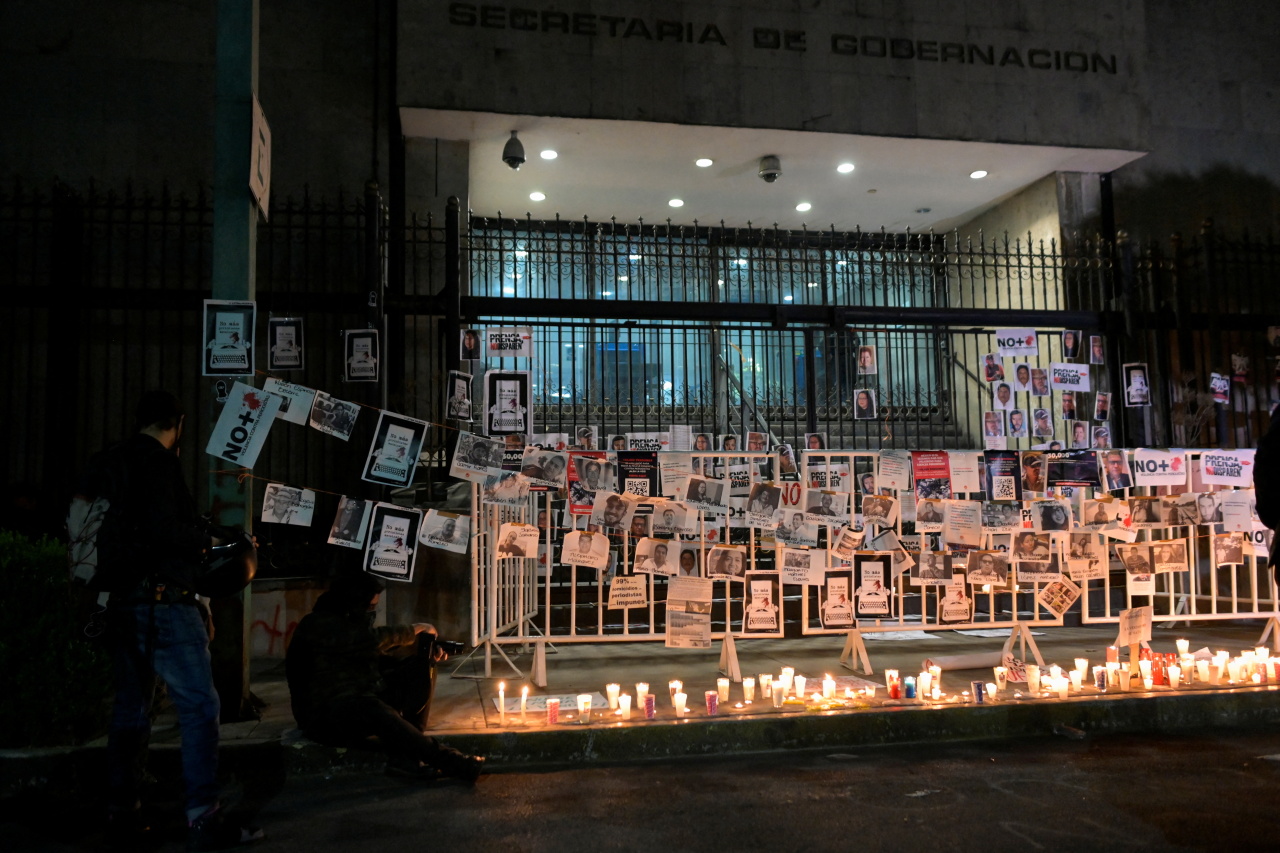 Candles are placed near portraits of slain journalists. 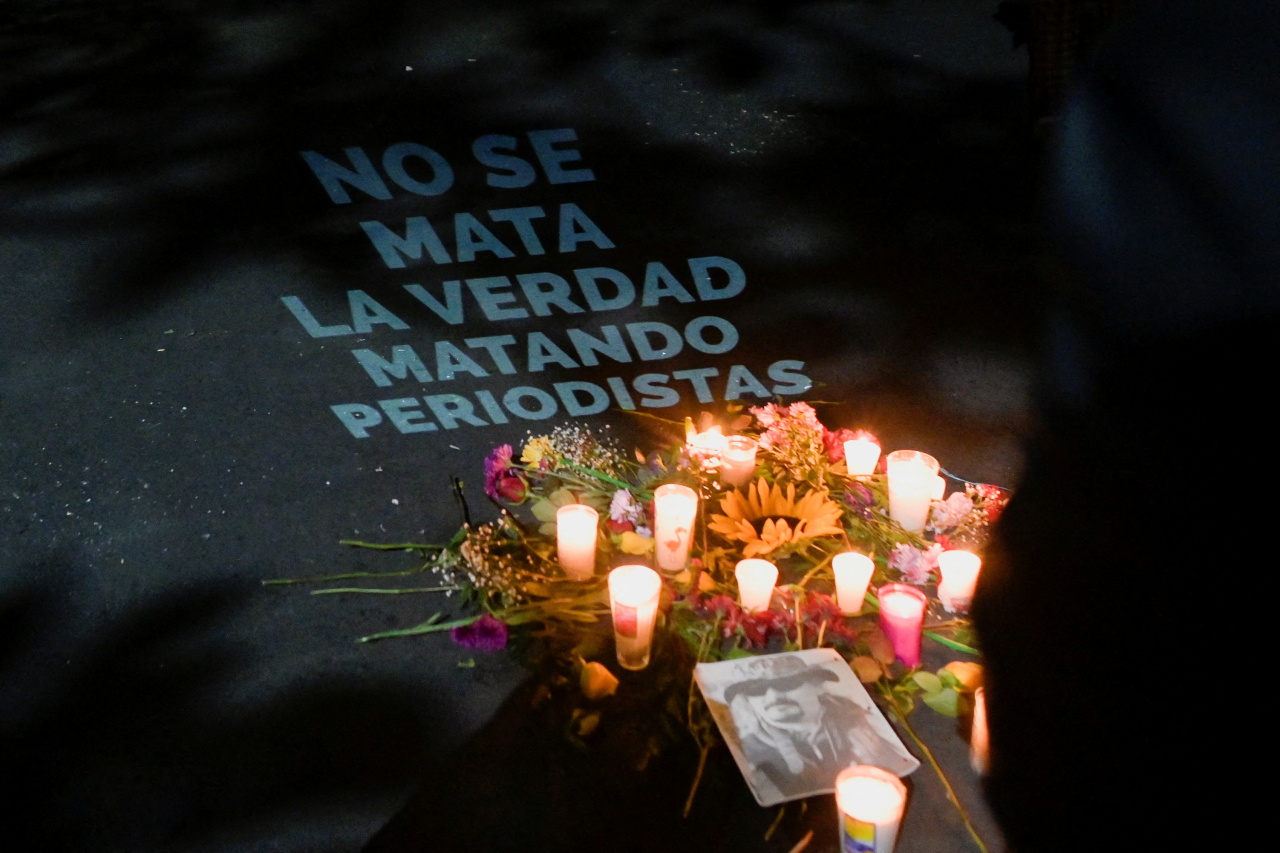 “You don‘t kill the truth by killing journalists,” reads the projection near a portrait of late photojournalist Margarito Martinez, one of the victims of the systematic violence.