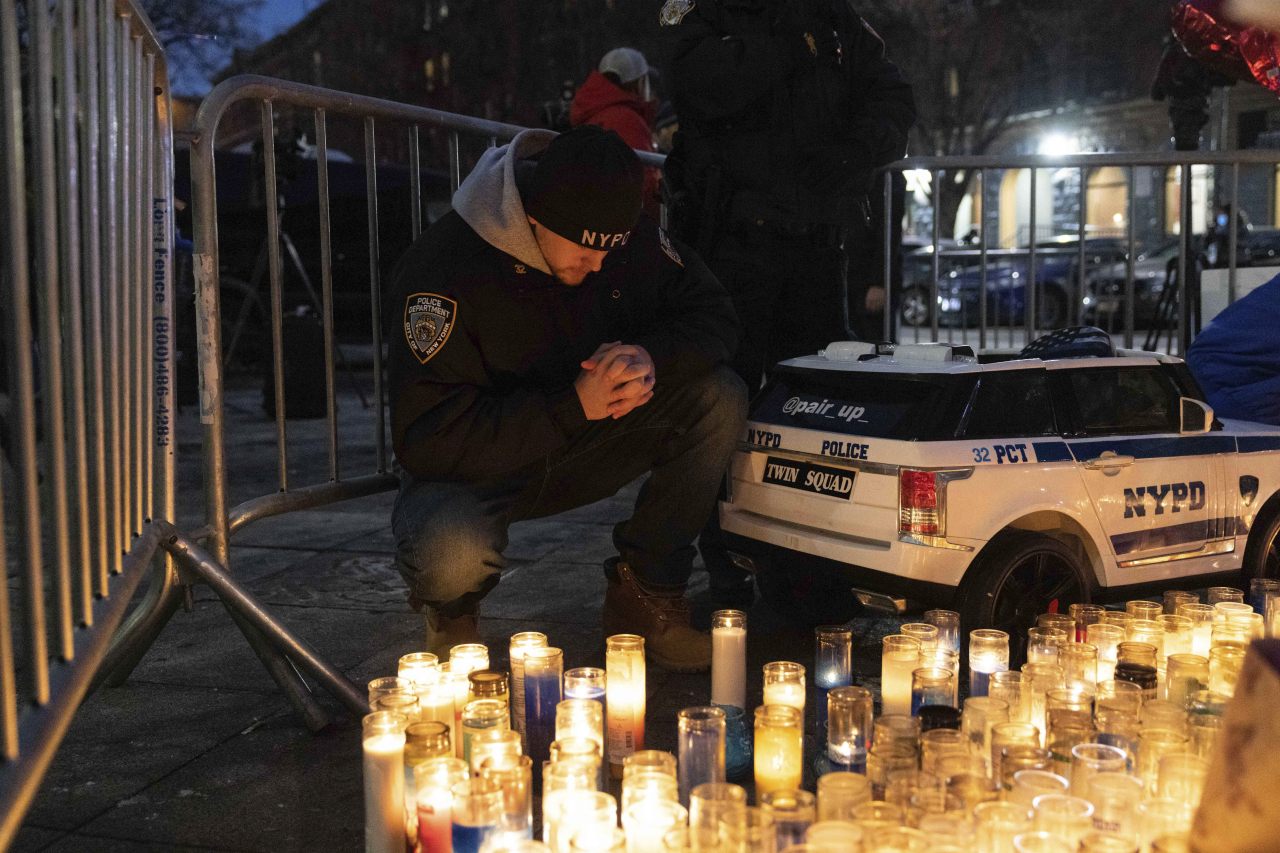 A makeshift memorial is seen outside the New York City Police Department‘s 32nd Precinct near the scene of a shooting that occurred days earlier in the Harlem neighborhood of New York, Jan. 24, 2022. 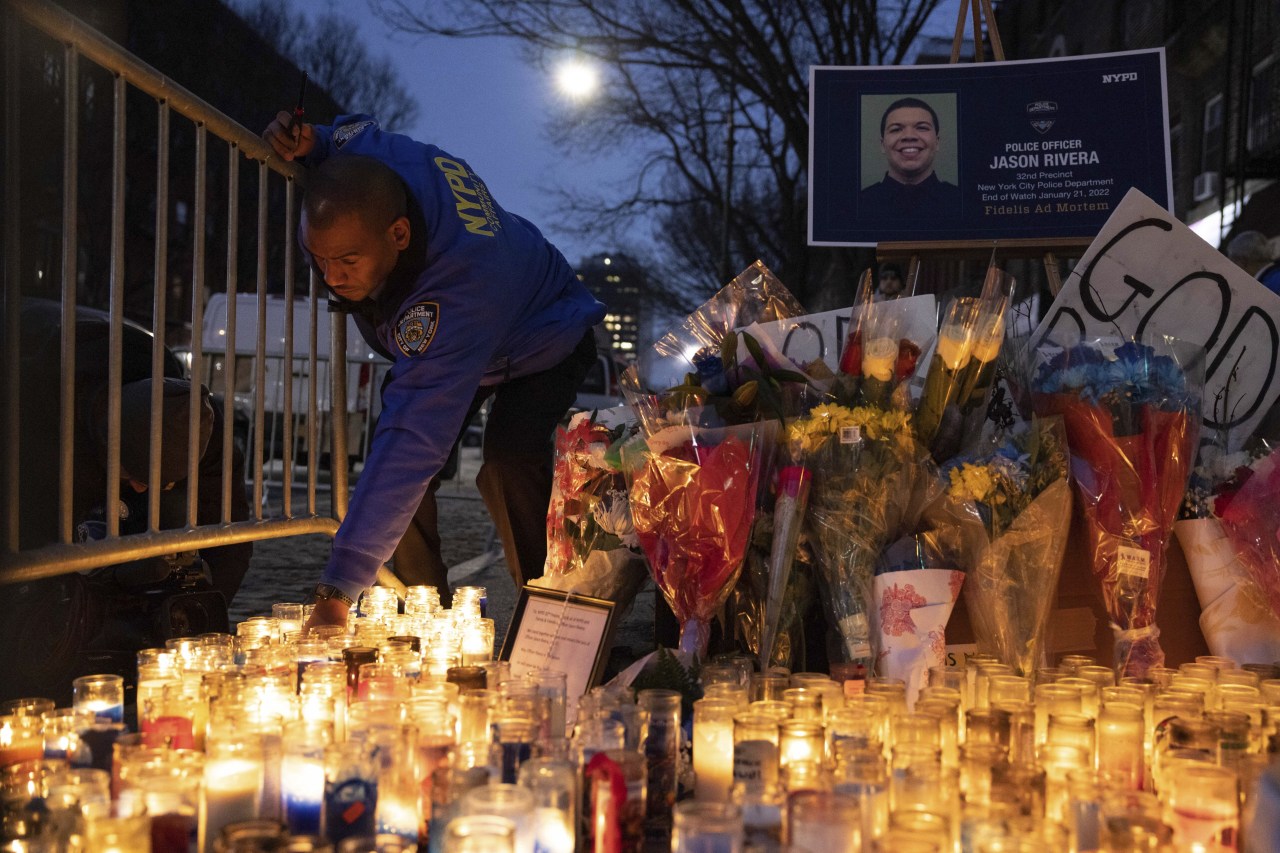 Calvin Hunt of Harlem pays his respects at the memorial, holding a photo of officer Jason Rivera, who the memorial is dedicated to. Jason Rivera was shot while responding to a domestic violence call. The incident ultimately took the life of the 22-year-old officer. 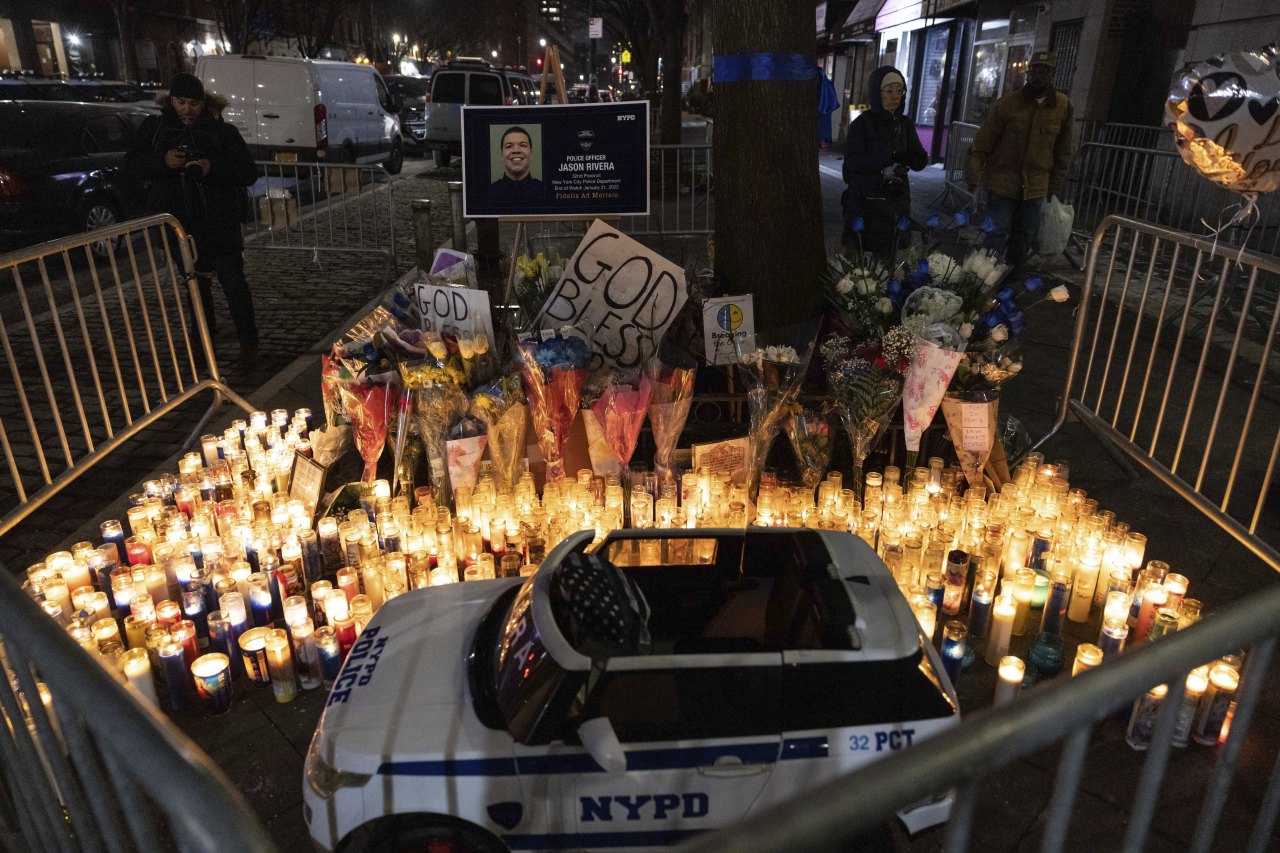 New York City Police Department officers gathered to mourn for the loss of their young colleague. 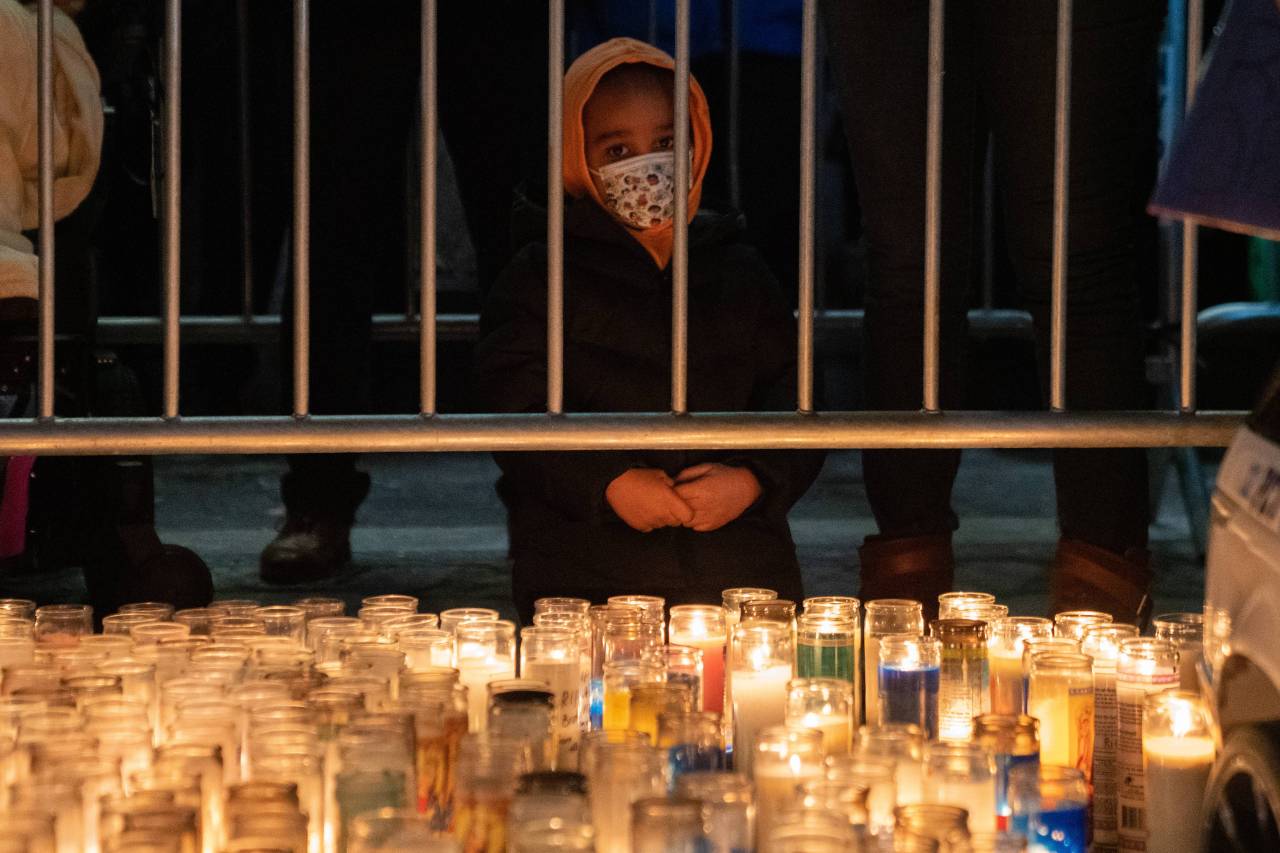 NYPD Commissioner Keechant Sewell told the scores of cops who were at the hospital: “Our department is hurting; our city is hurting. It is beyond comprehension. I am not sure what words, if any, will carry the weight of this moment, and what we are feeling.” 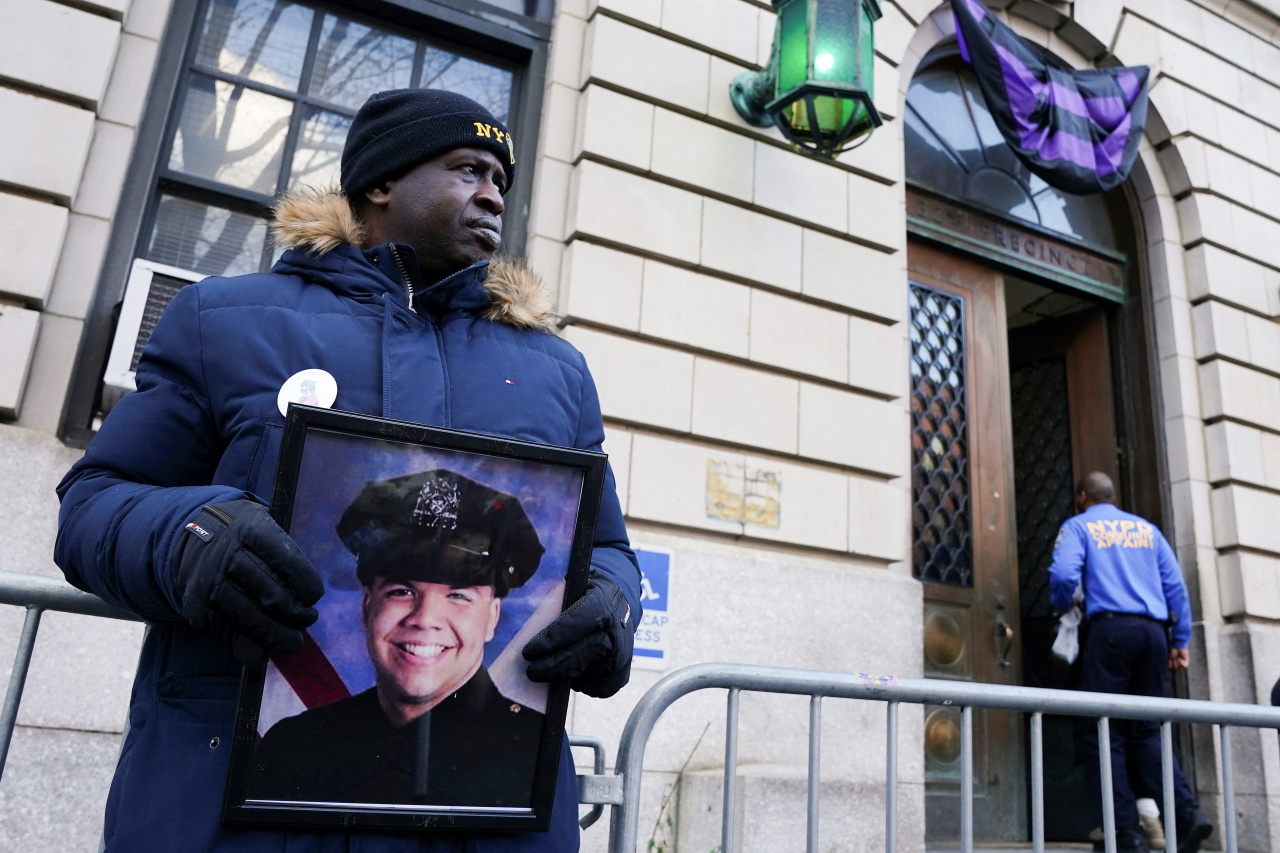 “We have four times this month rushed to the scene of NYPD officers shot by violent criminals in possession of deadly, illegal guns. Five officers shot, one fighting for his life … and now tonight, one is dead,” Sewell said in his interview with NBC New York.