Media art-centric Ulsan Museum of Art to open in January

The museum, which is now in the final stage of construction, will open on Jan. 6 with five inaugural exhibitions. They include an exhibition of the museum’s permanent collection and the thematic exhibition “Post Nature.” Seventy artists from 14 countries will be represented at the five exhibitions.

“The identity of Ulsan Museum of Art lies in digital media art and the museum was planned with that direction. We are pursuing a museum for the future as people have different needs for museums in the fast changing era,” Suh Jin-suk, the inaugural director of the museum, told The Korea Herald on Wednesday.

A unique feature of the museum is the extended reality lab capable of accommodating a variety of digital art, including immersive digital art exhibitions.

Noting the long history of museums, Suh said it is time to propose a new type of institution beyond the “white cube.”

“There are so many cutting-edge artworks that are ahead of our time,” he added. “We need a museum equipped with the hardware that can encompass such artworks.” 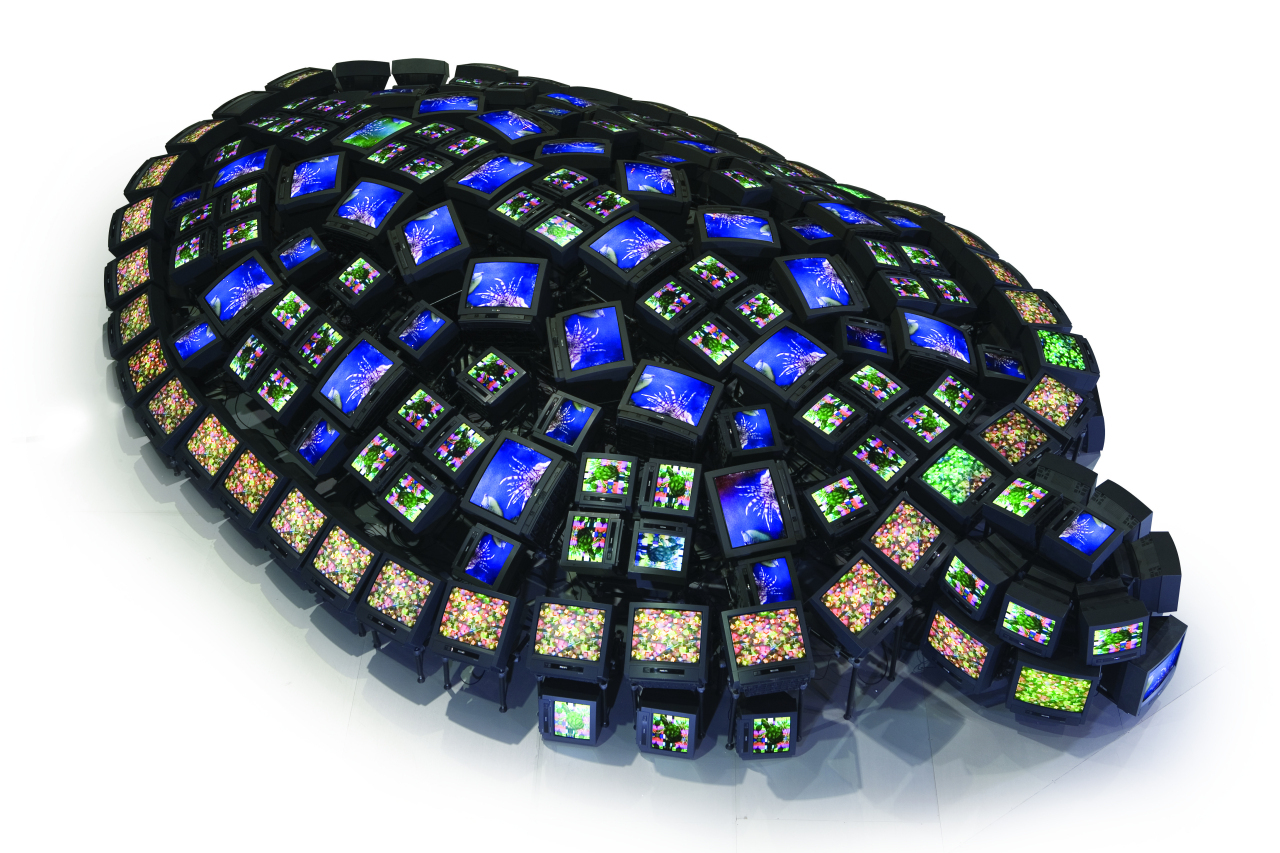 "Turtle" by Paik Nam-june (Ulsan Museum of Art)
Three masterpieces by video art pioneer Paik Nam-june -- “Turtle,” “Sistine Chapel” and “Forest of Cafe-Revolution of the Forest” -- were acquired in August from different owners and form the backbone of the museum’s permanent collection. The owners “almost donated the works” to the museum, offering them at less than half the market price, Suh said.

While “Turtle” and “Forest” will be shown at the opening exhibition in January, visitors will have to wait until March or April to view “Sistine Chapel.” The piece is part of a traveling retrospective dedicated to Paik and will be shown in Singapore, the last leg of the tour, from Dec. 10 to March 27, 2022. Inspired by Michelangelo’s Sistine Chapel, the large-scale video installation masterpiece is one of Paik’s representative works, which was first showcased at the 1993 Venice Biennale and later won the Golden Lion.

Architect Ahn Yong-dae who designed the museum is also responsible for Space Lee Ufan at the Busan Museum of Art in Busan, which opened in 2015. The Ulsan Museum of Art cost 67.7 billion won ($57.1 million) to build.

Some 16 billion won of that price was allocated to the museum for the purchase of artworks for five years. The total operating budget will be finalized by the National Assembly in December, according to the city-run Ulsan Museum of Art.

The port city of Ulsan, in the nation’s southeast, is the industrial powerhouse of the country, home to South Korea’s largest automobile assembly plant. The city has a population of more than 1 million.