TOKYO, Sept. 24, 2021 /PRNewswire/ -- Casio Computer Co., Ltd. announced today the release of the ECB-S100HR Honda Racing Championship White Edition, the latest collaboration with Honda Racing in the EDIFICE line of high-performance metal chronographs based on the brand concept of "Speed and Intelligence." 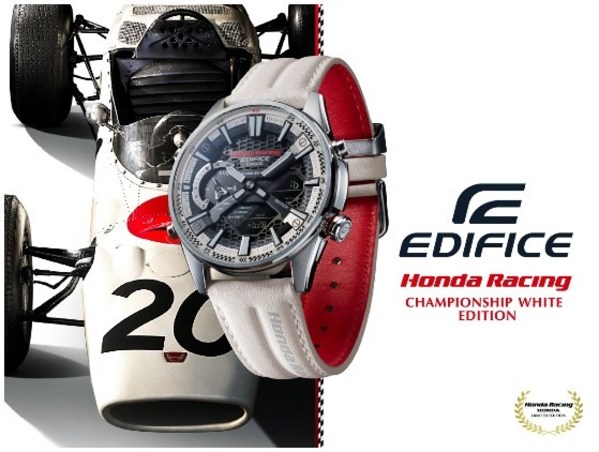 Honda Racing refers to the motor sports activities that Honda Motor Co., Ltd. (hereafter "Honda") pursues around the world. The collaboration between Honda Racing and EDIFICE, both of which have origins in Japan, has evolved since 2018 from a shared dedication to leveraging high-tech capabilities in their global pursuits.

The ECB-S100HR pays tribute to Honda's distinguished history and achievements in F1™ by drawing its design inspiration from the Honda RA271. Back in 1964, the RA271 was the first entry by a Japanese automaker in an F1™ race, with its white body and red rising sun. This body color, dubbed "Championship White," became a symbol of Honda's racing spirit. The outer ring of the dial on the ECB-S100HR is finished with authentic Championship White paint, while the inset dial and buttons are accented with red. The periphery of the glass features a printed pattern that evokes a checkered flag, a nod to Honda's many victories. The genuine leather band features a two-tone color scheme, with the outer side rendered in white and the underside in red.

The ECB-S100HR offers a comfortable fit on the wrist with its slim, mid-size case and useful features including the Tough Solar power system, which efficiently converts light to power the watch, as well as Bluetooth® connectivity and a high-luminosity double LED light. The watch pairs with a smartphone using a dedicated app, to automatically adjust to the correct time and enable the user to select from any of over 300 cities for the world time. The ECB-S100HR comes with a Time & Place function that records the current date/time and position on a map within the app by just pressing a button on the watch, allowing users to check where they were and when. The inset dial indicator at the 9 o'clock position counts down to the alarm or target time, starting from 30 minutes in advance. 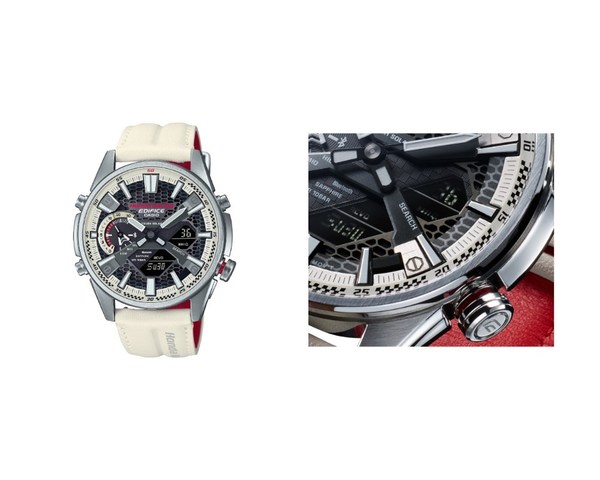 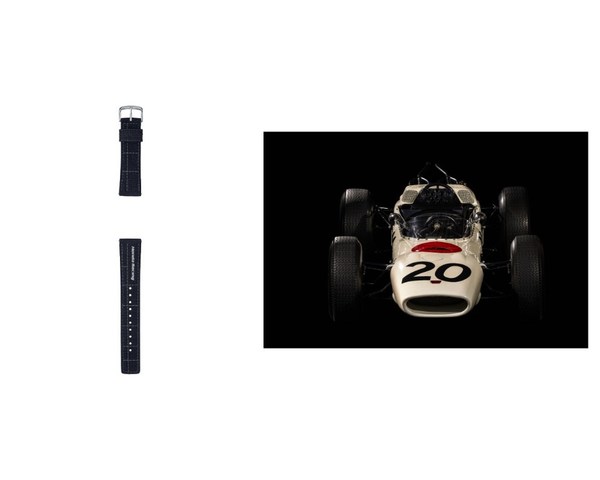 Additional nylon band / Honda RA271: The first F1TM car by a Japanese automaker, racing for the Honda team in 1964.