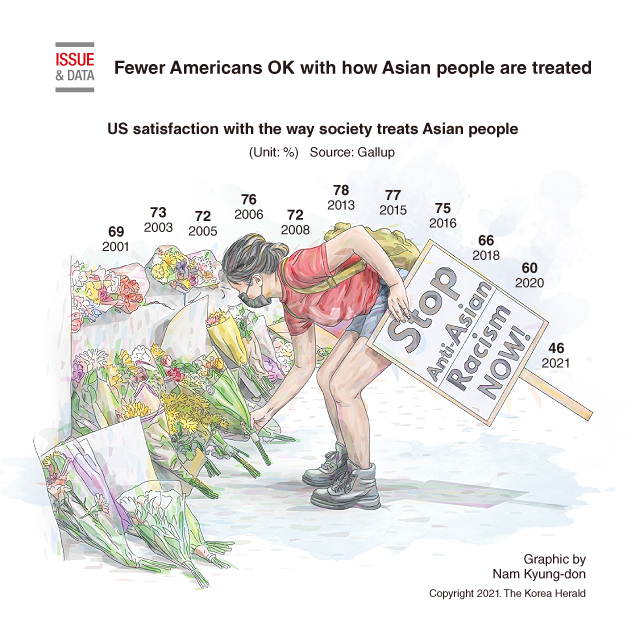 More Americans disapprove of the way Asian people are treated in the wake of a string of violent attacks, according to a Gallup poll released recently.

The poll, conducted June 1 through July 5, comes after a spate of violence against Asian people in the United States. They have been targeted as scapegoats for the COVID-19 pandemic, which started in China.

Earlier this month, a woman was arrested after reportedly striking a 6-year-old Korean American boy while yelling “China” outside of a shopping mall in Las Vegas. Last month, a 94-year-old Asian woman was hospitalized after being stabbed multiple times in San Francisco. (UPI)