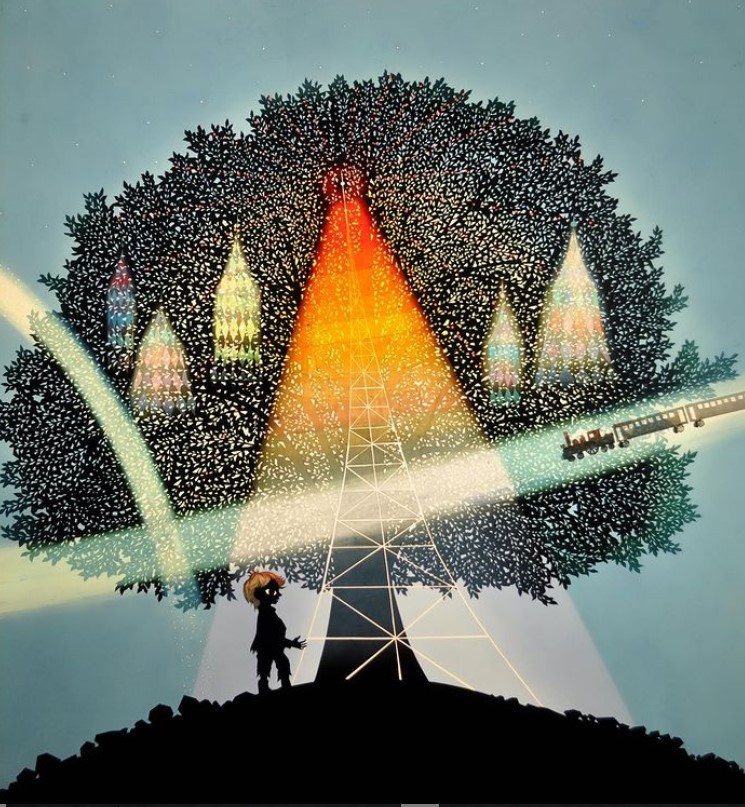 "Tale of Miyazawa Kenji Night of the Galactic Railroad_Denkirin’s Tree” (Kart Communication)
Fairy tale illustrations of shadow and light are on exhibition at “Fantasy of Light and Shadow” being held at the Hangaram Arts Center Museum in southern Seoul, offering visitors an extraordinary experience.

This art genre, “Kage-e,” which literally means shadow painting in Japanese, was pioneered by Japanese artist Seiji Fujishiro, who began honing the craft since 1948. The exhibition is the Kage-e master’s largest solo exhibition in Seoul, introducing some 160 artworks that he created over the past 70 years.

The artist, 98, started out as an oil painter but began exploring the new genre during World War II as it became difficult to secure brushes and painting oil in the chaos of the war.

He started to use paper and light, or a lamp, instead of brushes to create his art, which was later coined Kage-e. He first sketches on paper, then pieces on various thin, colored cellophane cutouts to create a picture. The paintings come to life when light is reflected behind the paintings. 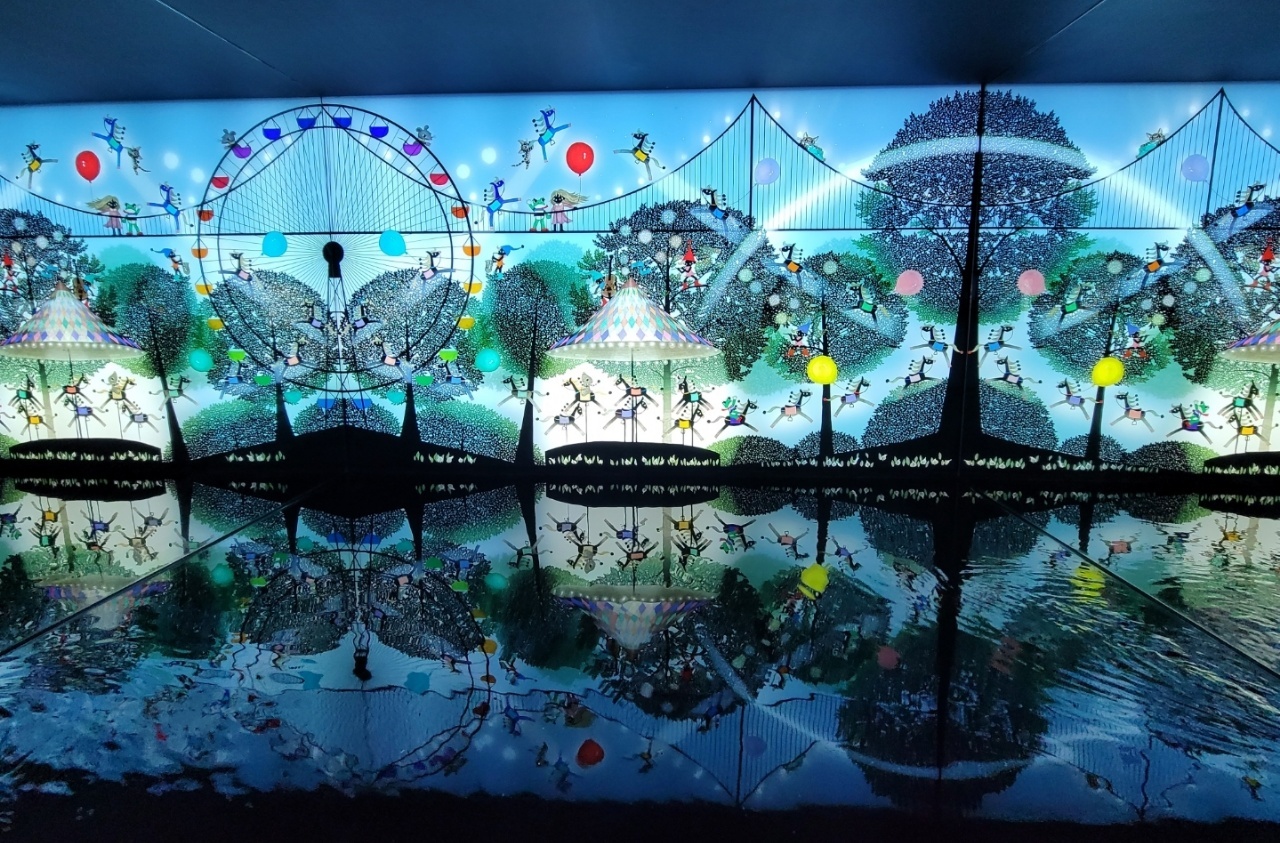 "Dream of the Wooden Horse (Water Tank)” by Seiji Fujishiro (Park Yuna/The Korea Herald)
"The light is transparent and pure. With that light, we can create something like the purest beauty,” he once said.

“The artist recalled he would not have thought of Kage-e, if it not for the war,” said Kang Hye-sook, director of Kart Communication who is organizing the exhibition. “Fujishiro experienced the crucial times in Japanese history, including the war, post-war era, and the 1960s and 1970s when Japanese pop culture rapidly changed. He is now 98 years old and it is a great inspiration to many people that he still actively continues his career as an artist.”

While Fujishiro witnessed the tragedy of war, he strived to deliver hope and bright messages through his art. Many of his Kage-e paintings feature vivid colors and fantastical worlds with child-like imagination.

The exhibition includes “The Legacy of a Sad and Beautiful Peace” (2005), an artwork which shows the Hiroshima Atomic Bomb Dome. The dome was destroyed in the nuclear bombing in 1945 in which more than 200,000 people were killed.

In a catalogue accompanying the exhibition, Fujishiro recalled how he felt seeing what was left of the structure. He stayed there for seven days to sketch the remains of the dome.

The rubble was turned into a beautiful Kage-e painting with water lilies surrounding the building as paper cranes fly above it. 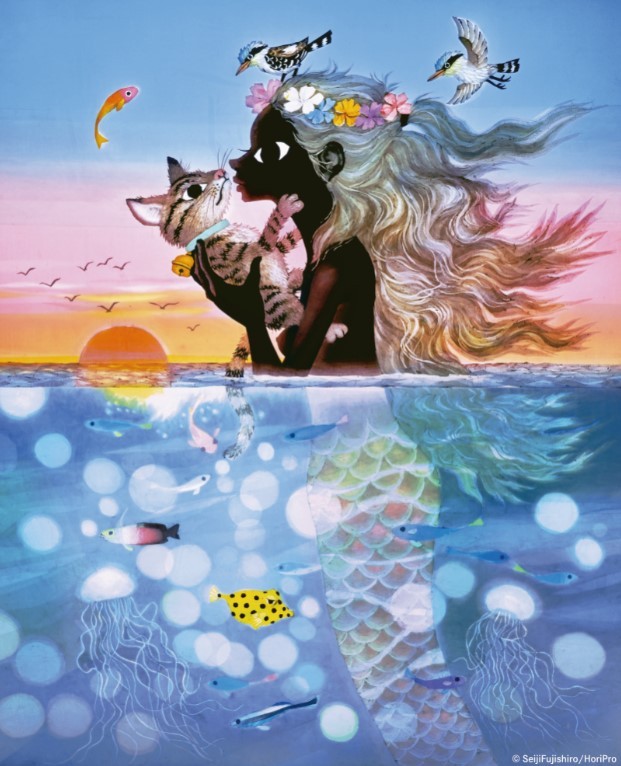 "Miracles of Love in the Sunset” by Seiji Fujishiro (Kart Communication)
The artist specifically created “Sleeping Forest” for the Seoul show.

“I am putting all my heart for the exhibition in Seoul. I want to learn more about South Korea and want to get closer to South Korea,” he said in the catalogue.

In Japan, the Fujishiro Seiji Museum in Tochigi prefecture is dedicated solely to the artist’s works, housing some 140 Kage-e paintings and 200 of his drawings. A shadow theater and brick chapel with stained glass windows designed by the artist are also on site.

The exhibition runs through Oct. 12.