Some 300 artists from around the world are presenting about 25,000 creations at this year’s annual fair. Following the VIP opening Wednesday, the event will open to the general public Thursday and run through Sunday.

Urban art, which encompasses diverse forms of visual art arising in urban areas, such as graffiti, flourished in the 1980s around New York. Some representative artists in the urban art genre include Keith Haring, Jean-Michel Basquiat and Banksy.

“There are no boundaries in urban art and its potential is infinite, while many people still feel a distance in existing contemporary art. This year particularly features many talented blue-chip artists who are less well-known in the art field,” Daniel Jang, founder of Urban Break, told The Korea Herald. “I hope the art fair becomes a good playground for visitors to enjoy urban art.”

This year, Urban Break will feature a large-scale installation work by Tool Boy and some ground-breaking programs that touch on newly emerging concepts in the art world such as the metaverse and NFTs (non-fungible tokens). An 18-meter media street wall and a special NFT exhibition will be part of the exhibition.

The show will be streamed live on Urban Break’s social media channels, showing how the artists interact with the visitors through programs as well as art on display.

The previous art fair, November’s “2020 Global Break Art Asia,” drew attention by displaying two Banksy artworks in Korea for the first time -- “Queen Victoria” and “Love Is in the Air.”

Eight Banksy’s artworks are on display this year at the Galerie Brugier-Rigail’s booth. The paintings include “No,” “Walled Off,” “Peckham Rock” and “Wall Section- Justice.”

This year, the Urban Break Committee has initiated “ESG Urban Art Project” in collaboration with The Korea Herald. The ESG stands for environment, social and governance. The artists who feature ESG urban art project are Koh Sang-woo, Shin Dong-min and Tool Boy.

As part of the project, Shin newly painted two previous artworks “Grandfather’s prayer (translated)” and “Ouch (translated)” onto pages of The Korea Herald. 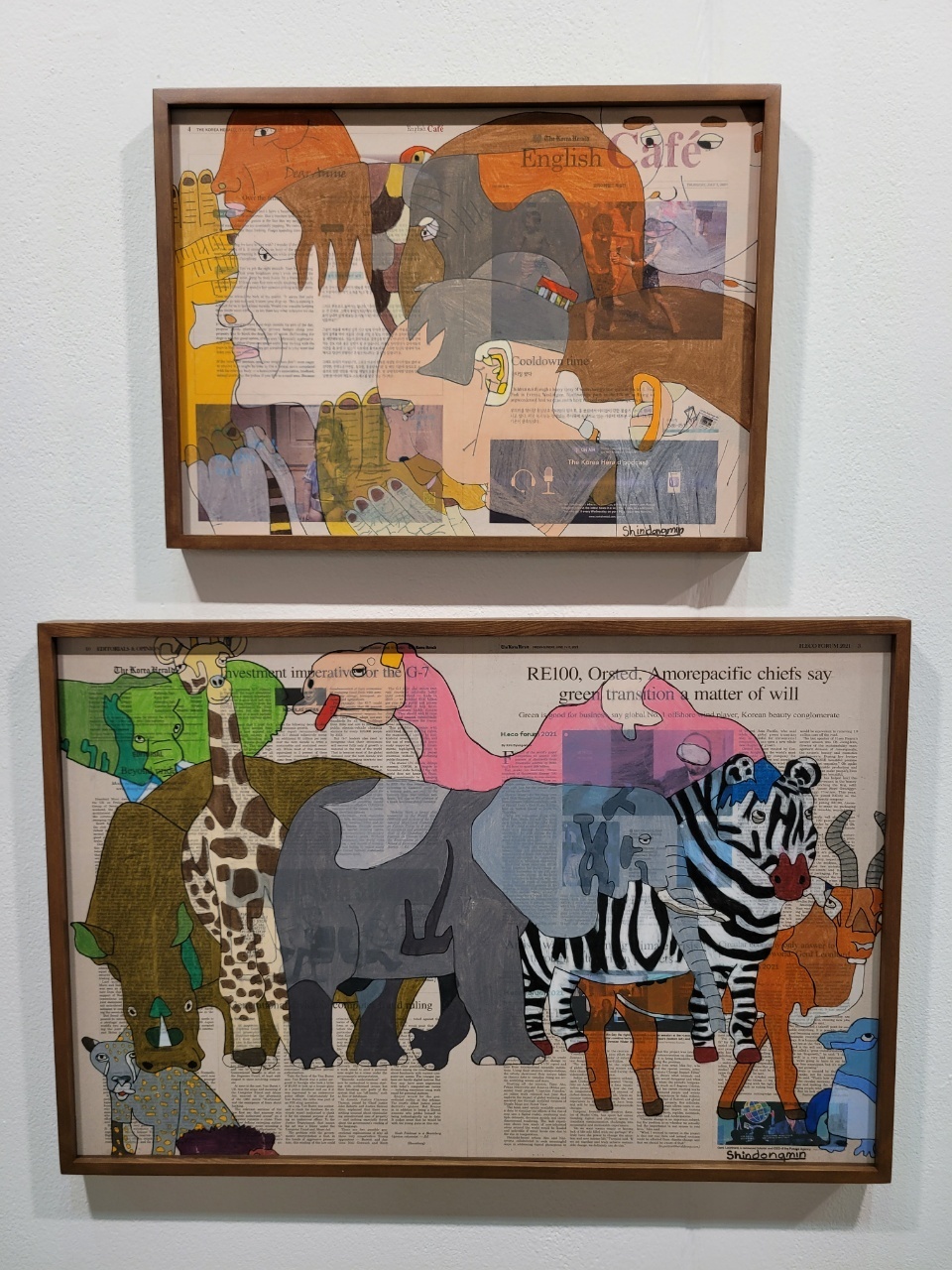 "Grandfather’s prayer (translated)” and “Ouch (translated)” by Shin Dong-min are on display at 2021 Urban Break (Park Yuna/The Korea Herald)
Tool Boy showcased a large-scale installation work using discarded wiper blades of which the moving sound reminds of a bird chirping in a forest.

The exhibition opens at noon and closes at 8 p.m. every day, except Sunday when it closes at 5 p.m. Tickets can be purchased online at Urban Break’s official website.