By Park Yuna
Published : Jun 23, 2021 - 14:50       Updated : Jun 23, 2021 - 17:53
One of the biggest challenges mankind faces today is climate change, which has become a frequently discussed topic globally as more people become aware of humanity’s impact on nature due to the coronavirus and the plastic waste generated from face masks and food containers.

The “Climate Museum: Life and Death of Our Home” exhibition at Seoul Museum of Art in Jongno, central Seoul, shows how indiscriminate development has hurt Earth’s ecology through a variety of artworks, documents and even an endangered animal on display.

A taxidermied young mountain goat, which is endangered in South Korea, stands alone in the exhibition hall as if demonstrating how it is a victim of the destruction of nature. A group of mountain goats, including the 2-year-old goat on display, were found dead in the mountains of Uljin in March 2010. The goat was taxidermied with the permission of the Cultural Heritage Administration after an investigation into the deaths. The stuffed goat is currently owned by Green Korea, the organization that first found the animal.

According to the museum, there is no organization to protect those endangered goats, and animals are left to die in their natural habitat. Ironically, a large portion of the public budget is used to artificially breed endangered species. Along with the young mountain goat, a taxidermied polar bear and African penguin are on display, which are also endangered due to exploitative development.

“How to Criticize a Waterfall,” a film by Hanna Ljungh, shows the director ”performing“ a confrontation with nature. She challenges a waterfall, persuading it to turn into a hydroelectric power plant. The film work shows humanity’s comical and paradoxical relationship with nature. 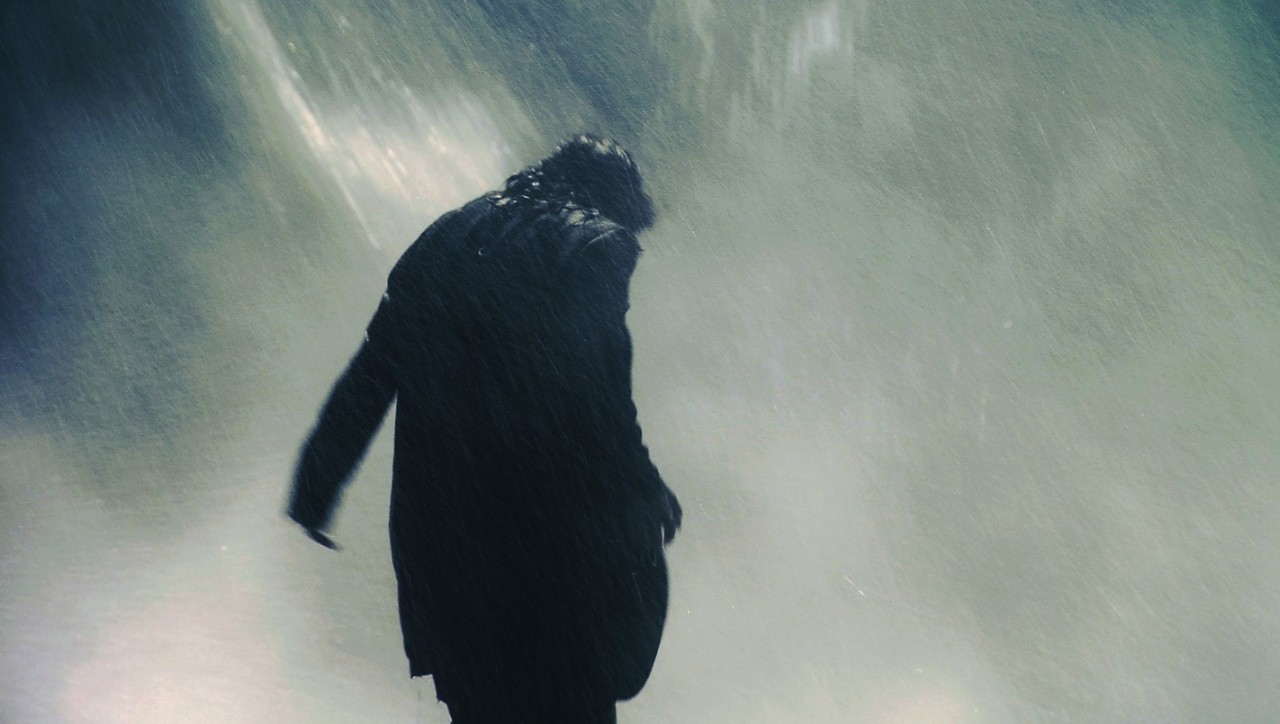 "How to Criticize a Waterfall” by Hanna Ljungh (Seoul Museum of Art)
"Haven’t you understood a single thing, or don’t you care! We could make 14.2 gigawatt-hours here. But you just don’t give a damn. You f---ing selfish cascade,” she shouts at the waterfall.

Another short film work, “Climate Change” by Jessica Plumb shows a close-up of melting glaciers, presenting the Arctic as a portrait rather than a landscape. Beginning with intimate views of crevasses, the video pans out slowly to reveal the jagged face of receding tidewater glaciers. The sound of water dripping may be beautiful but it is the sound of disaster: climate change.

The curatorial team sought to present an environmentally friendly exhibition.


The infographic on a scrap paper “Global Plastics Production by Types, 1950–2018” shows how plastics began to be produced in the 1930s and became widely used in the 1950s after World War II. According to the document, assemblages of different plastic types and plastics combined with different materials are mostly impossible to recycle. Some plastic types require 500 years to decompose. Despite this fact, plastic production has gradually increased since 1950 due to its convenience.

At the end of the exhibition, artist Choi Helen Hejung’s “Plastic Life” installation presents various types of plastic, including food containers, with the aim of showing how, although a familiar material, plastics are an extremely inhumane and unrelenting material.