[Sam Fazeli] How to stay ahead of a mutating coronavirus 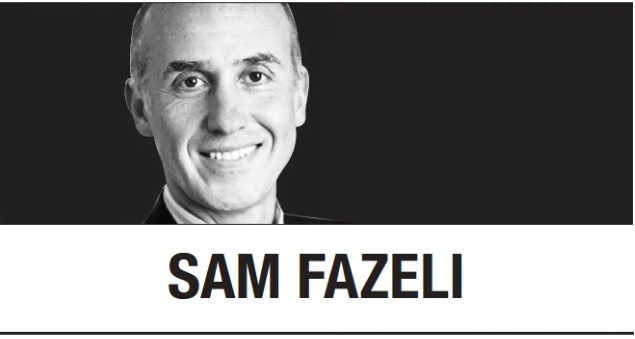 Count 2020 as a lucky year. This may sound odd given that the world grappled with a pandemic that has killed close to 1.8 million people and crippled many countries’ economies. The “luck” relates to the more than 90 percent efficacy of the two vaccines -- Pfizer-BioNTech’s shot and Moderna’s candidate. Enormous leaps in science and technology helped make this happen and could well speed the end of the pandemic. And more vaccines are on the way. Unfortunately, there is a risk that this early success leads to complacency.

The virus responsible for COVID-19 disease -- SARS-CoV-2 -- is mutating. This happens randomly. Sometimes the changes give one variant a slight advantage over its peers, but often they make no difference from an immunological standpoint. Over time, though, it is likely that mutations may develop that are less sensitive to the protection provided by vaccines. It is for this reason that a global, coordinated surveillance effort is required to make sure that we are on top of the way the virus is changing. Sadly, this does not seem to be happening. The UK is far ahead in this surveillance effort, led by the COVID-19 Genomics UK Consortium, a group of scientists who have analyzed the full genome of more than 150,000 SARS-CoV-2 viruses isolated from infected individuals. This gargantuan undertaking helped them identify 1,777 changes in the virus’s proteins, including the so-called B.1.1.7 variant, whose seeming ability to transmit more effectively has worried experts and forced stay-at-home measures and travel restrictions in the UK. The variant is impressive in that it harbors more mutations, 23 in total, than has ever been seen before in a single virus, with eight of them in the spike protein -- the protruding rod-like structure that is targeted by the majority of vaccines, including Pfizer’s and Moderna’s. While there is no hard evidence yet that this variant is more resistant to existing vaccines, it raises concerns.

I was worried about the possibility of “escape” mutations occurring once vaccinations had been rolled out broadly, but it appears these changes are happening even in the absence of widespread inoculations. The problem is, while we have a handle on the types of changes happening in the UK, we don’t know how many other variants are circulating in the European Union, US and Asia. This needs to change if we are to effectively manage the virus.

What needs to be done? Three things. First, governments around the world need to cooperate and increase their surveillance of the virus -- so we can better assess any changes in response to vaccination. We will soon know if the B.1.1.7 variant is as equally sensitive to vaccines as the most common strain. But we need any new variant to be assessed for its responsiveness to vaccine-induced immunity so that we don’t get surprised. The playbook for this already exists: This is done for the flu virus, and we develop a new vaccine every year. The same should apply here if needed. In addition, a set of rules needs to be developed and agreed upon globally as to what constitutes a variant of concern. For example, do we develop vaccine candidates for each new variant found with mutations -- which would have meant around 4,000 candidates by now -- or only those that have been shown to have lower sensitivity to our vaccines in laboratory tests . The next step is to make sure vaccine companies work closely with governments and develop versions of their vaccines incorporating any new variants of concern. While there is a cost and effort in doing this, it will be relatively low for those using new technology, such as Pfizer-BioNTech and Moderna with their mRNA shots, and AstraZeneca and Johnson & Johnson with their “viral-vector” vaccines. These technologies lend themselves to the rapid development of new candidates in less than two months. Companies should conduct preclinical and non-human primate tests to compare these new vaccine candidates with those that have already been approved. In this way, they will be ready to deploy them in trials if the need arises. The last piece of the puzzle is the regulatory framework around getting new vaccines to market. Again, we have an existing playbook from the flu vaccine. Companies, regulators and governments need to work out a set of simple rules so that we don’t have to wait for massive late-stage trials to be conducted before deploying a new vaccine formula. It should be possible to get a modified vaccine to the masses within a few months if the preclinical work is already done.

I am optimistic that all these things can be done. We already have the UK doing widespread genomic analysis. A rejuvenated US Centers for Disease Control and Prevention would be a significant addition. With a couple more regions, such as China and the EU, joining in, a global consortium could systematically track the virus. And our pharmaceutical and biotechnology industry has shown its ability and willingness to move fast.

After such good initial vaccine news, it would be a pity to lose ground in the virus fight, especially if it can be avoided. We just need to act on these things as soon as possible.