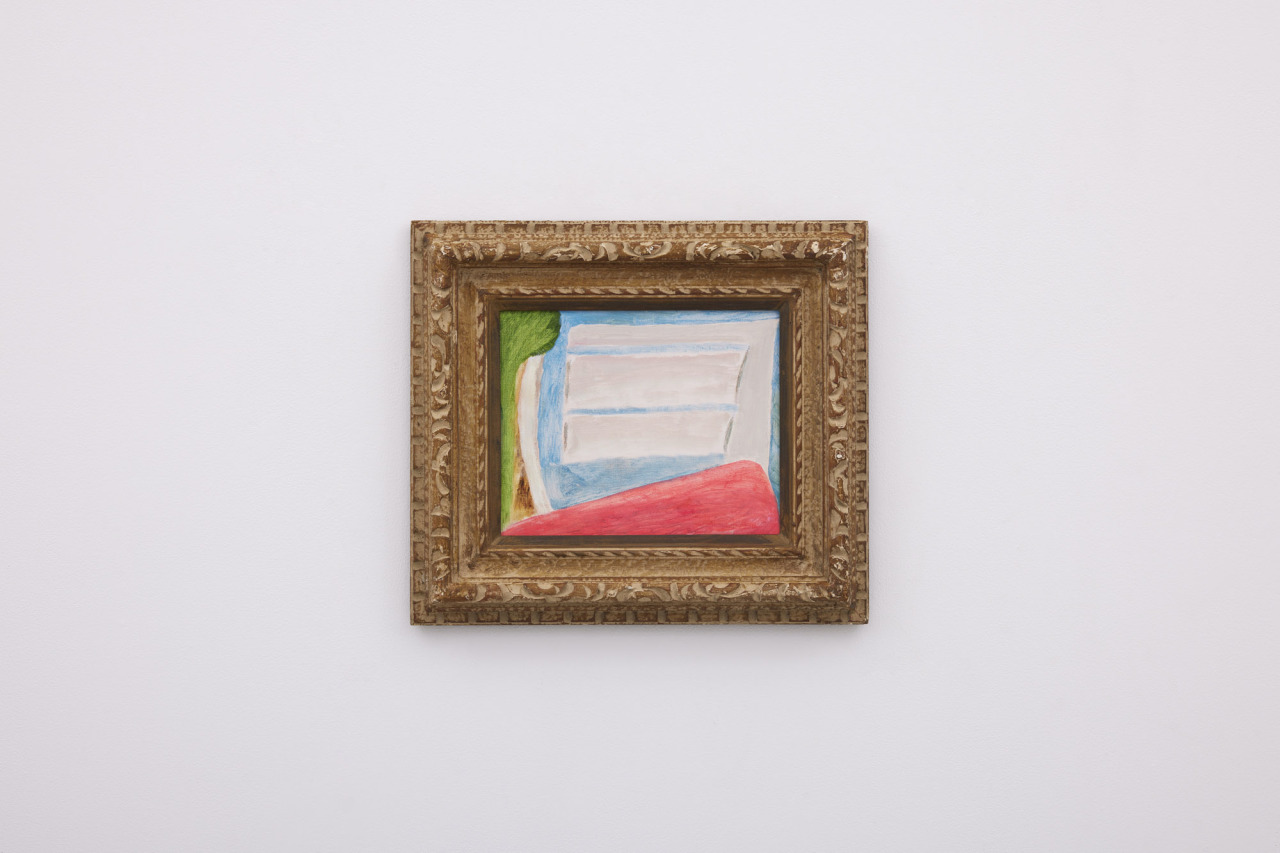 "Untitled" by Hiroshi Sugito (Gana Art)
A series of geometrical semi-abstract paintings “wrapped up” inside antique wooden frames is on display, each one appearing to show a fragment of an old memory.

Japanese painter Hiroshi Sugito’s recent paintings are showcased at his first solo exhibition in South Korea, featuring a series of small oil paintings. The works are reminiscent of dream scenes with objects such as trees, fruits, small houses and clouds. Some paintings are based on the artist’s sketches of rural areas in Japan, through which he traveled 10 years ago.


The artist’s recollections are magnified with old wooden frames from the 1950s and 1960s that the artist has collected for many years. The artist believes “a frame selects the painting,” a shift from the conventional view that frames are selected for paintings.

“Those wooden frames have something special that today’s frames do not have, which is why I collect old frames. I enjoy being surrounded by the wooden frames, so I painted the new works at the studio (full of the frames),” the artist said in the exhibition note. “The most important part of this series is matching the works with the wooden frames.”

The exhibition, titled “apples and triangles,” is organized by Gana Art, Korea’s major commercial gallery, at its two venues, Gana Art Nineone and Gana Art Sounds in Seoul. The exhibition opened Wednesday and runs through Nov. 29. 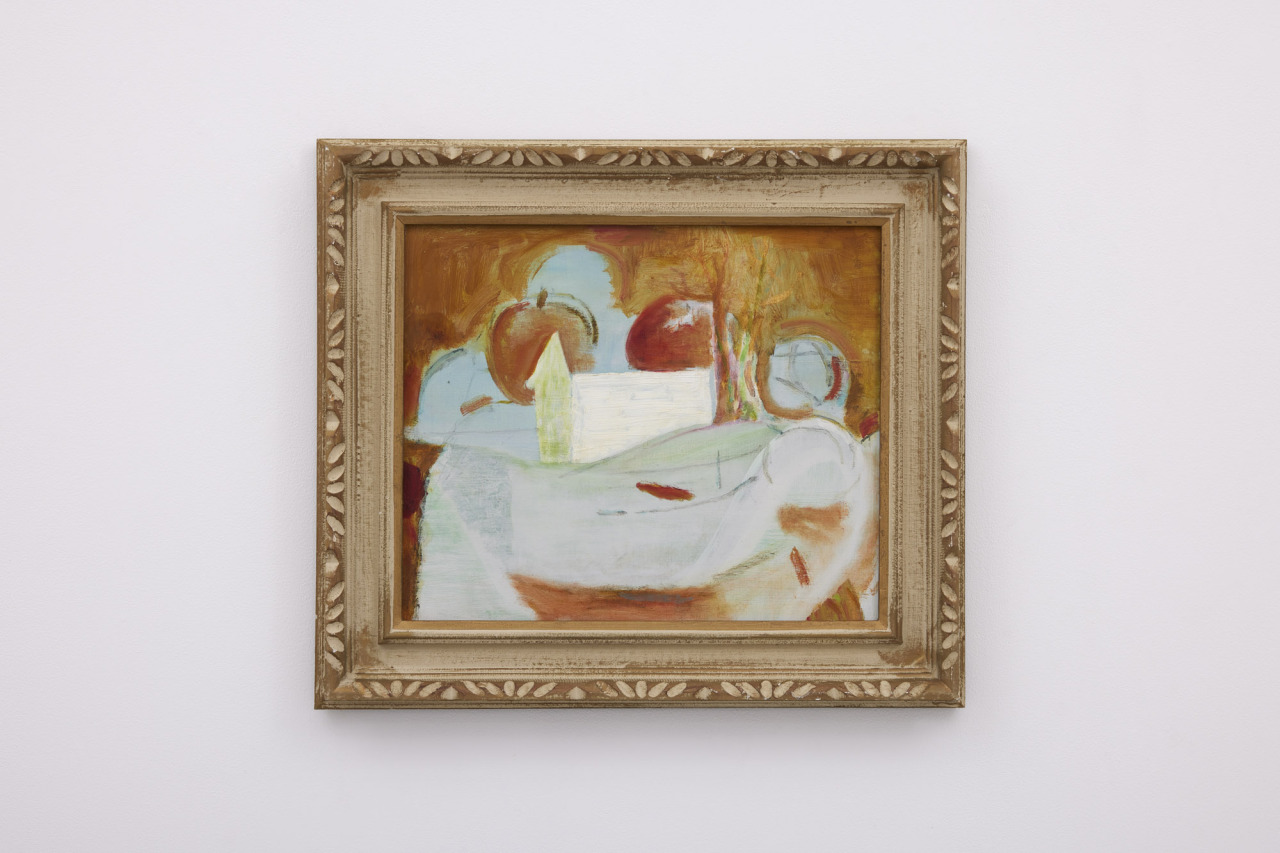 "Untitled" by Hiroshi Sugito (Gana Art)
Born in 1970, the Japanese painter was influenced by the Tokyo pop movement. However, he differentiated himself from Tokyo pop artists, who mostly adopted “super flat” aesthetics, animation and fine arts, by sticking with traditional Japanese features that appreciate the beauty in empty space, according to the gallery.

Considered one of the most representative contemporary artists in Japan, Sugito has collaborated with Japanese pop artist Yoshimoto Nara, whom he first met in 1986.

Sugito’s artworks are collected by renowned museums around the world, including the Museum of Contemporary Art, Tokyo, the San Francisco Museum of Modern Art in Los Angeles, the Saatchi Collection in London and the Sammlung Goetz in Munich, Germany.