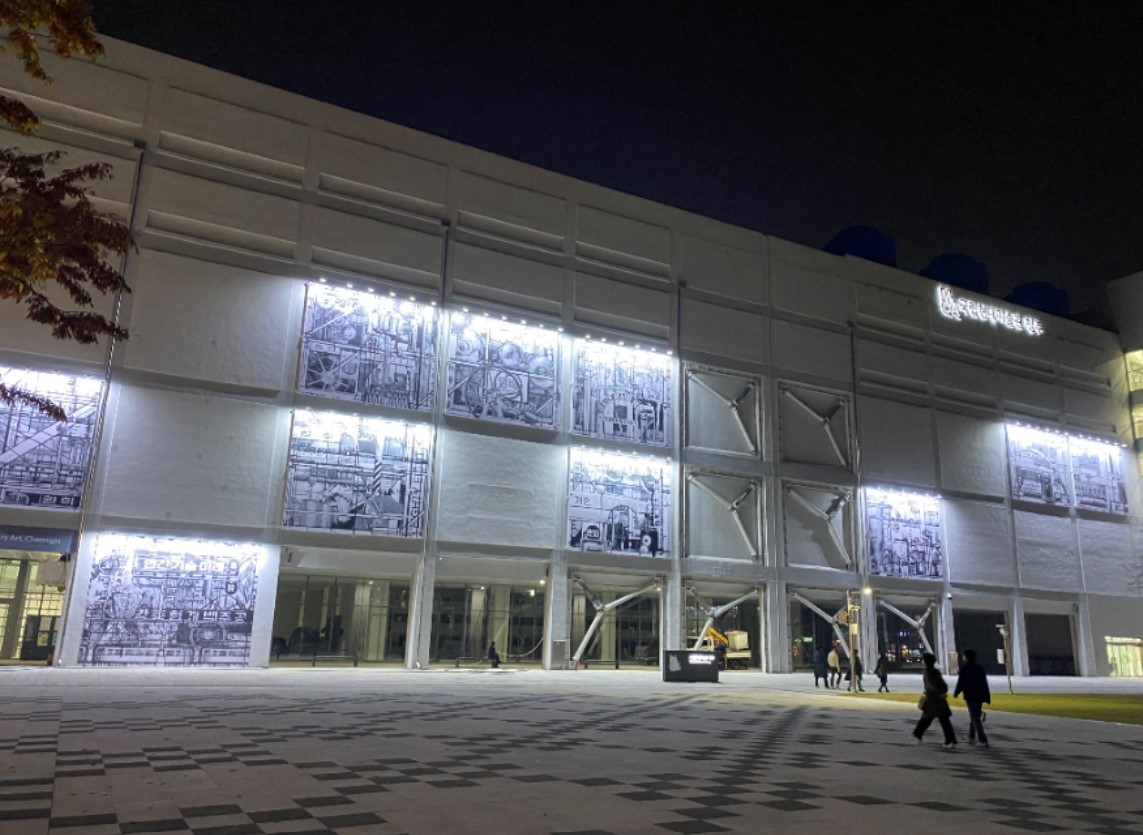 Kwon Min-ho, who “tells” the story of Korea’s economic history through imaginative large-scale drawings that resemble an architect’s blueprints, was the first artist to be selected for MMCA Cheongju Project 2020, which aims to promote promising young Korean artists.

Kwon elaborately layers architectural drawings with symbols of Korea’s industrialization, including factory machines and street signs, adding animation and sound to the black-and-white sketches. Kwon got his inspiration for the new works from MMCA Cheongju, which occupies a former tobacco factory. 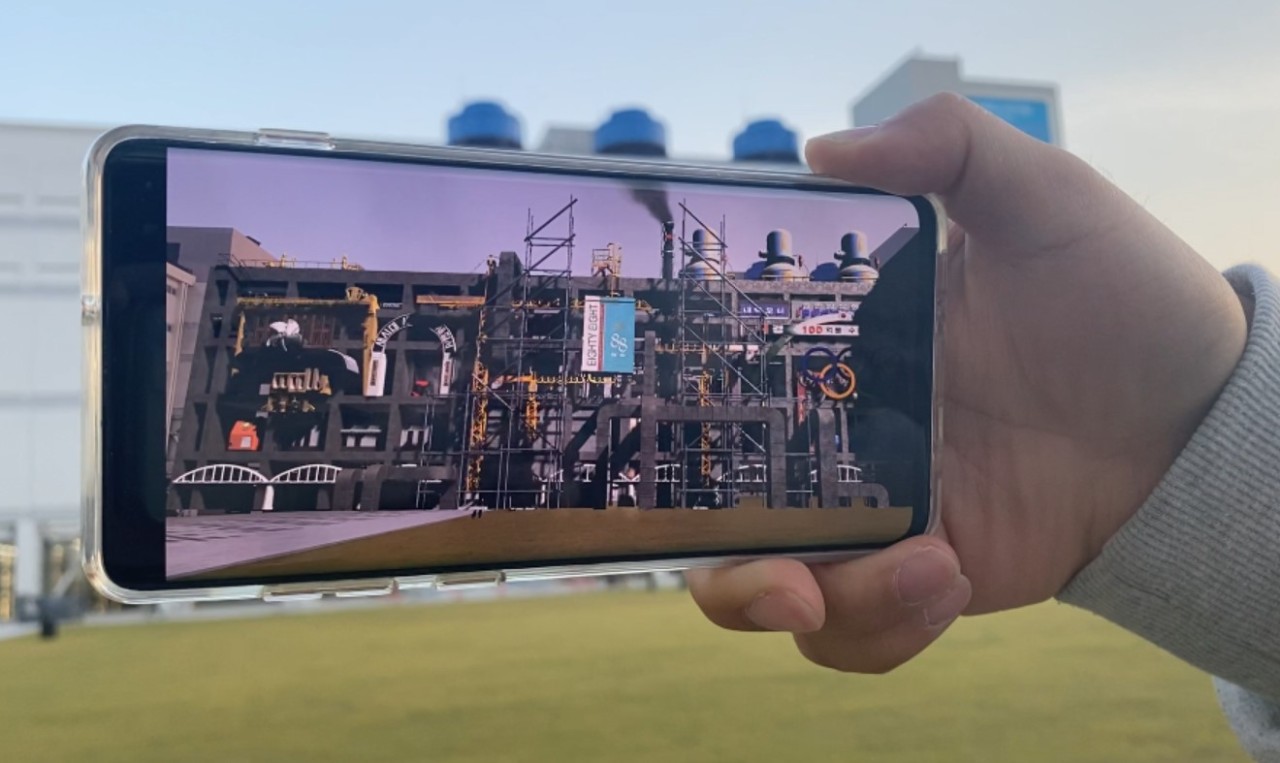 "Clouded Breath" by Kwon Min-ho (MMCA)
Established in 2018, MMCA Cheongju in North Chungcheong Province took over the site of a tobacco factory built in 1946 that produced some 10 billion cigarettes a year until it ceased operation in 2004. Kwon’s works will offer a chance to reflect upon a factory that has now disappeared into history.

The “clouded breath” in the title of the exhibition recalls the smoke emanating from the tobacco factory’s chimney and the breath of the laborers toiling there, connoting the narrative of Korea’s industrialization, according to the MMCA.

Three versions of “Clouded Breath” are on display at the exhibition -- an architectural drawing on a silk screen combined with media technology, a work of 10 drawing panels displayed on the outer wall of the museum and Kwon’s introduction of augmented reality-based content.

Once visitors download the requisite app and point their mobile devices at the museum’s facade, they will discover Kwon’s flat drawings in a three-dimensional view. The works show factory machines, cigarette logos and symbols of Korea’s industrialization that hint at how the building has changed over time, from the Korean War to the rapid economic development pursued by the dictatorial regime in the 1970s.

Through MMCA Cheongju Project 2020, the museum also curates outdoor projects and encourages artists to produce experimental works for expansive outdoor spaces. It is the first time an artwork displayed at the museum has used augmented reality technology, according to the MMCA.

The exhibition will run through Nov. 14 at MMCA Cheongju, which is 140 kilometers southeast of Seoul. Online reservations are required in advance and can be made at mmca.go.kr.