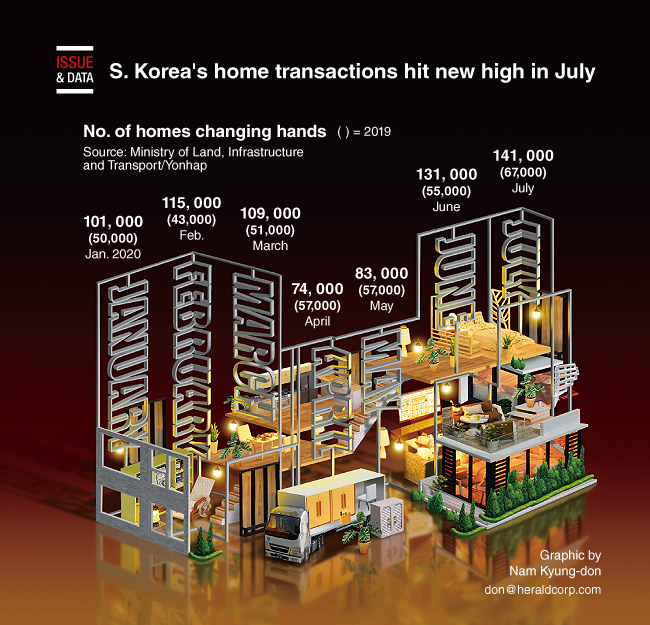 The number of homes changing hands nationwide stood at 141,419 last month, up 110 percent from a year earlier, according to the data from the Ministry of Land, Infrastructure and Transport.

The July reading was also up 2.1 percent from the previous month and is the largest monthly number since 2006, when data tracking began.

In the first seven months of the year, a record high of 762,297 homes changed hands across the nation, up 99.8 percent from a year earlier and the largest ever for the January-July period. (Yonhap)