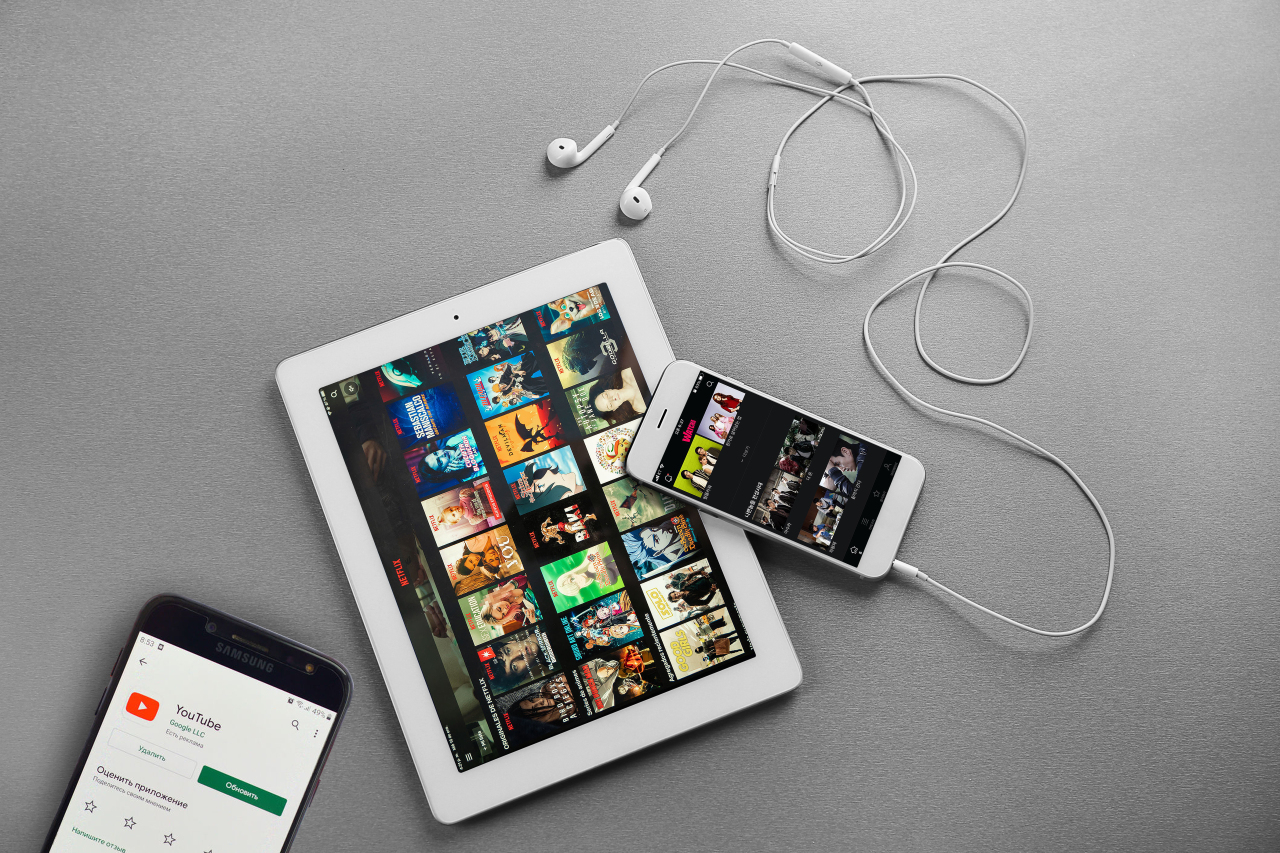 Commuting to work by public transportation in Seoul at 2020, after just a few seconds onboard you will easily come across people watching the latest films, full length, in full HD.

You might stop and wonder, “Where did they download those films? I saw the review of that film last week saying it’s going to come up in theaters soon.” That’s right. This weekend’s film that you bought tickets for and have been waiting heartily is already up on your smartphone.

With the influence of the global pandemic, media and culture industries are shifting gears to consumers’ life patterns that try to avoid outdoor activities. Instead of hitting crowded bars on a Friday evening, or running clubs on a Sunday morning, people gather and exercise using the screen, connecting it to various devices. In other words, individuals voluntarily pick up their devices to see “what’s next,” fit for their own routines.

The term OTT (over-the-top) is named after devices that go “over” a cable box, using the internet. Compared to the concept of IPTV which uses a designated network provided by the operator, the influence of OTT is viewed powerful due to its open accessibility using an unmanaged internet sphere. In short, OTT service bypasses the cable and broadcast companies that had traditionally intercepted the middle process as controllers of the contents.

Currently, the revenue model for OTT service has two streams, AVOD and SVOD. AVOD refers to platforms that gain profit out of advertising-based videos such as Naver TV, KaKao TV, whereas SVOD is subscription based, to name a few, Netflix, or Watcha. But in most cases, you see the two combined as it is for YouTube, which leaves up to the users to choose their own payment method.

According to a PricewaterhouseCoopers report, the global OTT market is expected to grow at an average annual rate of 21.6 percent since 2012 to reach $36.7 billion by 2021. With the success of YouTube and Netflix, global firms have released or are planning to release OTT services, which is foreseen to fire up competition among media industries in and out.

As for Korea, on top of YouTube, Netflix, and Amazon Prime videos that have already entered and are growing on a daily basis, Disney+ and Apple TV+ are also aiming to enter the domestic market. This would cause great turmoil in the existing media landscape, whether it brings heavier risks or pave new roads for opportunities.
“Show producers in broadcasters are shocked by this major change in the industry which had never been so huge. At the same time, we are encouraged by the strong demands and influence of contents that are now accessible to anyone across the globe,” said Han Seung-hoon, entertainment TV show producer for MBC.

Domestic OTT services are making all-out efforts to break down barriers between traditional business and emerging OTT outlets by strategically combining them on a platform level. The share of domestic OTT service as of current is kept mostly among telecommunication companies -- SK Telecom, KT and LG U+ -- and broadcasting channels. According to app analysis platform mobileindex, the monthly active users of domestic OTT service from Android system in June were as follows: WAVVE 2.9 million, TVING 1.6 million, and Watcha 0.4 million.

The three telecom companies indicated a strong signal of their investment into the domestic OTT market competition. WAVVE is an example of a relatively successful domestic OTT service, which integrates an existing platform POOQ. The service is a combined effort of SKT and three major terrestrial broadcasters (KBS, SBS and MBC). Compared to January 2019, the MAU jumped 255 percent two months after its launch on November last year.

CJ E&M, which currently operates TVING, a broadcasting channel-based OTT, is planning to launch an upgraded OTT service combined with JTBC. Experts in the field see this as an extraordinary move, since the two channels have been fiercely competing with each other in the traditional media scape for more than a decade.

Meanwhile, on the other side of the court, another huge crisis is shaking the domestic industry, KT’s recent partnership with Netflix, following LG U+. KT’s IPTV service Olleh TV started offering Netflix services since August 3 this year. As a result, more than a third of pay TV subscribers in Korea will be able to enjoy Netflix through IPTV. According to the date compiled by industry tracker WiseApp, the number of paid subscribers to Netflix in Korea as of April is more than double that of major domestic OTT companies’ all combined.

What seems to be missing in dialogue from this endless tug of war among platforms is the direction of contents. At the end of the day, it seems what drives viewers to pick up the device and go for the channel is the original content. “It’s hard to play a fair game between domestic and global OTTs with the capital.” said Park Ji-hoon, professor of Media and Communication at Korea University.
“As a result, it became impossible to hire top players of the industry, for example, writers and actors, without the investment from global OTT’s like Netflix. As a result, in order to gain competitiveness in the market, domestic media are producing dramas based on scripts of guaranteed sources such as webtoons (digital comics) and overseas originals.”

Let’s compare the contents to packaged meals at a grocery. If the content itself has the charm, it won’t take long before getting to the viewers’ dinner table, whatever platform or hardware it is delivered through. Vice versa, no matter how up-to-date and sleek the hardware looks from the surface, if the contents are not fit for the audience, those would be hardly reachable, stacked up at the top corner shelf of a crowded brick-and-mortar store.

The formula of playing a winning game in the media industry can be grasped by this point, but the price to pay for the game is a question mark.