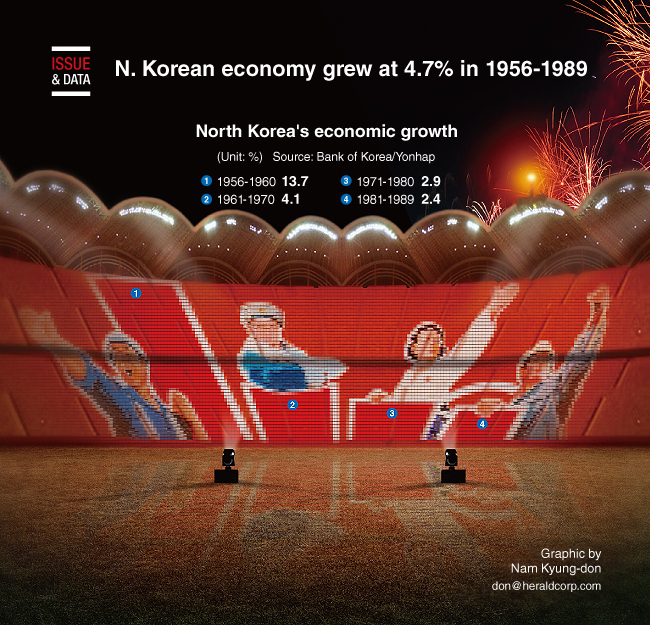 The North Korean economy is estimated to have expanded at an annual rate o f 4.7 percent between 1956 and 1989, the Bank of Korea estimated.

North Korea's economy grew at a double-digit rate up until the 1960s, but has failed to catch up to that of South Korea since then, according to the central bank.