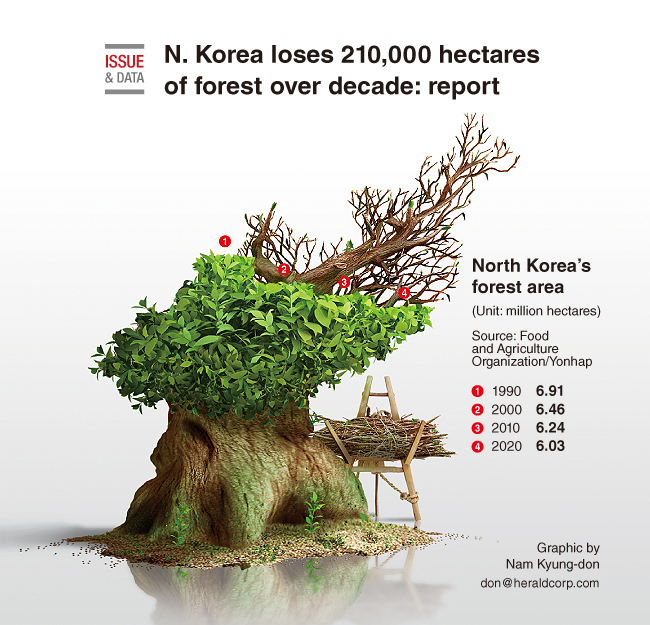 North Korea has lost around 210,000 hectares of forest over the past decade, a UN agency’s report showed, pointing to a worsening deforestation problem in the communist state.

The decline is in line with a steady shrinkage in forest in North Korea over the past three decades.