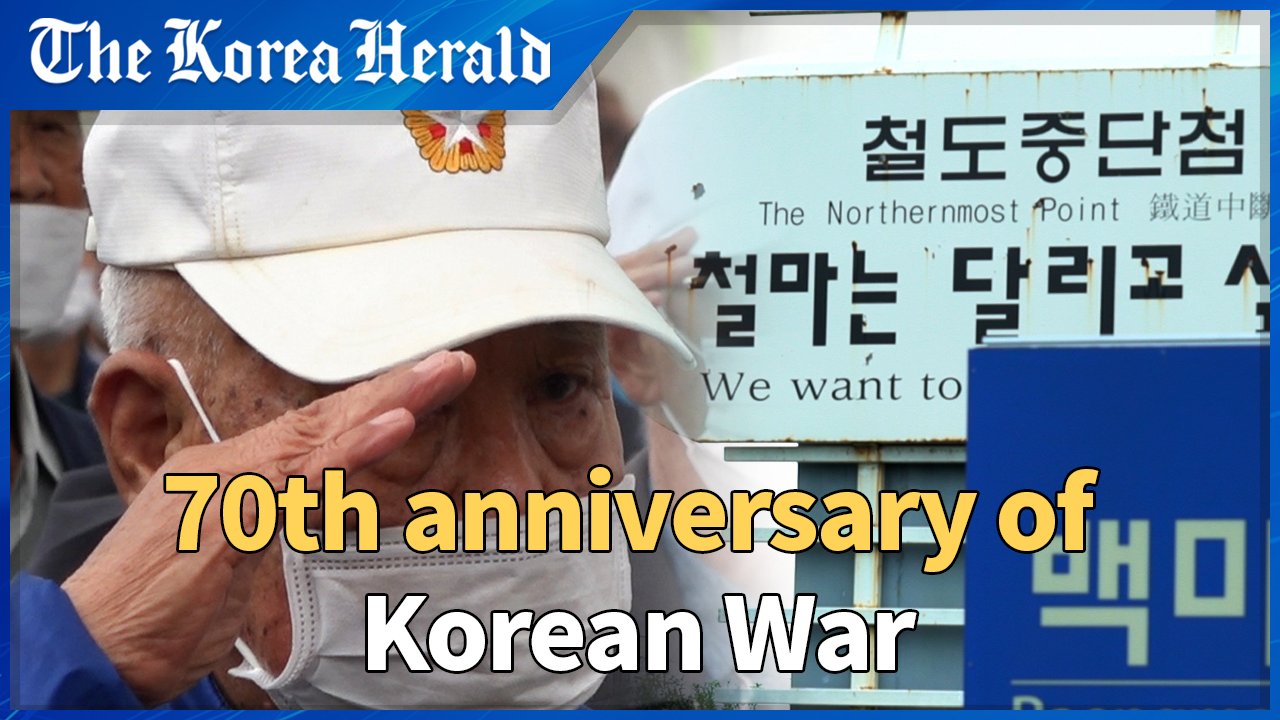 Korean War veterans, bereaved families and future generations wished for the end of war and lasting peace on the 70th anniversary of the beginning of the 1950-1953 Korean War.

Under the theme “Beyond Memory, Together with Hope,” 400 people, including the members of the Korean War Veterans Association and officials from the Gangwon Provincial Government, gathered to honor the fallen heroes and war veterans.

After laying flowers and burning incense for Korean War victims at the memorial tower, participants read an open letter calling for the official declaration of the war’s end.

The Korean War began on June 25, 1950, when North Korean troops launched a surprise attack across the 38th parallel into South Korea.

Although the Korean Armistice Agreement signed on July 27, 1953 brought a stop to hostilities, there has been no formal end of war declaration.