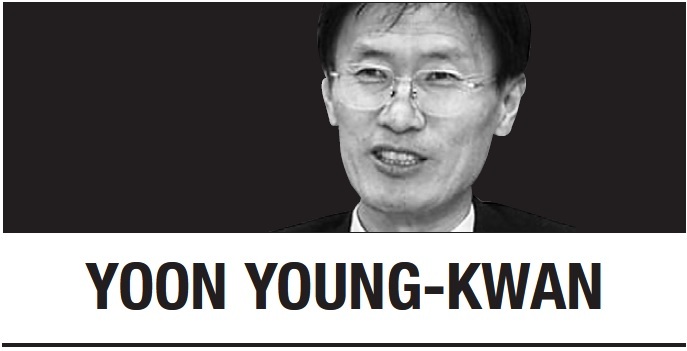 In retrospect, the decision by the Communist Party of China to impose a new security law on Hong Kong seems to have been preordained. Historically, rising powers always try to expand their spheres of geopolitical influence once they pass a certain stage of economic development. It was only a matter of time before China would do away with the “one country, two systems” arrangement and impose its laws and norms on Hong Kong -- a territory it considers integral to the motherland.

From China’s perspective, America’s decadence and decline over the last 12 years -- from the 2008 financial crisis to Donald Trump’s presidency -- have given it an open invitation to accelerate its strategic expansion. Though Chinese President Xi Jinping has long assured the world that the Pacific Ocean is big enough to accommodate both China and the United States, his actual policies have often suggested otherwise. In addition to militarizing the South China Sea, his signature Belt and Road Initiative aims to make China the nodal point for the entire Eurasian landmass.

Now that Xi has decided to accept nothing less than Hong Kong’s full subservience, he will likely also challenge the status quo with respect to Taiwan, trusting that an isolationist, distracted Trump administration will do nothing. But the US has taken note of Xi’s aggressiveness. After two decades of hoping that China would become a responsible stakeholder in the world economy, US policymakers have finally decided that this will not happen. Since the CPC’s March 2018 decision to abolish presidential term limits, the US foreign policy establishment has abandoned any expectation of normative convergence between Xi’s China and the West.

Meanwhile, with Trump’s trade war having already inaugurated a new, increasingly antagonistic phase in Sino-American relations, the COVID-19 pandemic has lent additional momentum to a more confrontational US policy toward China. Thus, a strategic consensus has emerged across Asia that the region will be the central “battlefield” in a new cold war that has already begun.

To understand the nature of the coming conflict, Asian leaders -- along with the rest of the world -- should focus on three different but interrelated domains of the Sino-American rivalry: politico-military, economic and ideological.

At the politico-military level, the key question is whether China will seek to expel the US from Asia, thereby becoming the region’s unchallenged hegemon. Short of that, China will try to weaken US security commitments in South Korea, Japan, the Philippines and within the Association of Southeast Asian Nations.

But if the CPC’s aggressive approach mounts, it might impel neighboring countries to form a new anti-China coalition, aligned in some way with the US. Should that happen, it would become extremely difficult for China to establish peaceful coexistence with the US. Worse, Asia’s new Cold War would be at risk of degenerating into an unintended hot war.

The second area of concern is economic. Any confrontation at the politico-military level is bound to accelerate a decoupling process, transforming the region’s positive-sum economy into a negative-sum one. Many Asian countries have benefited economically from deeper ties with China, even as they continue to depend on the US for their security. For these countries, a full-fledged break from China would be especially costly, complicated, and dangerous. That will make them likely to resist US efforts to hasten a comprehensive decoupling, in favor of a more limited approach that targets sensitive security-related and high-tech industries.

Uncertainty about the US position doesn’t help matters. Asian policymakers have been left wondering when the US will share a clear, comprehensive vision of the post-decoupling era that it seeks. The Trump administration has indicated that it wants to create a new “Economic Prosperity Network” in the region. But it remains to be seen if this arrangement would be governed by the same unilateral, transactional, “America First” approach that has defined all other US policies under Trump.

If so, Asian governments will be less inclined to sign up. By squandering much of Asia’s goodwill toward America over the past three years, Trump has significantly reduced the scope for a meeting of minds on security issues.

While the politico-military dimension is the new cold war’s determining factor, and economics the dependent factor, the ideological confrontation will play a reinforcing role. Again, the key question is how far China will go in promoting its model of “authoritarian capitalism” as a “superior” alternative to liberal democracy.

If China pushes its model as aggressively as the Soviet Union once did, the new cold war will have all the ingredients -- and all the myriad tensions -- of the original Cold War. The more assertive China is in selling its own model, the more likely democratic countries will be to unite against it in the name of their own ideological system.

To be sure, the world’s leading democracies have not acquitted themselves well in the current crisis. But democratic principles -- such as a respect for human rights, civil liberties and the rule of law -- are universal values that still attract broad-based support among Asians, particularly when compared to authoritarianism. China’s inherently extractive state will struggle to create the conditions in which individuals can realize their full potential, and that structural limitation will stand in the way of its aspiration to supersede the US as the world’s most advanced economy.

It remains to be seen precisely how the three dimensions of the conflict will interact. Asia’s leaders will need to be prudent, recognize that the situation is fluid, and plan for different scenarios. And it certainly wouldn’t hurt the US or China to show a bit more humility. That character trait, sadly, does not come to mind when one thinks of Trump or Xi. But it will be absolutely essential for avoiding an accidental catastrophe.