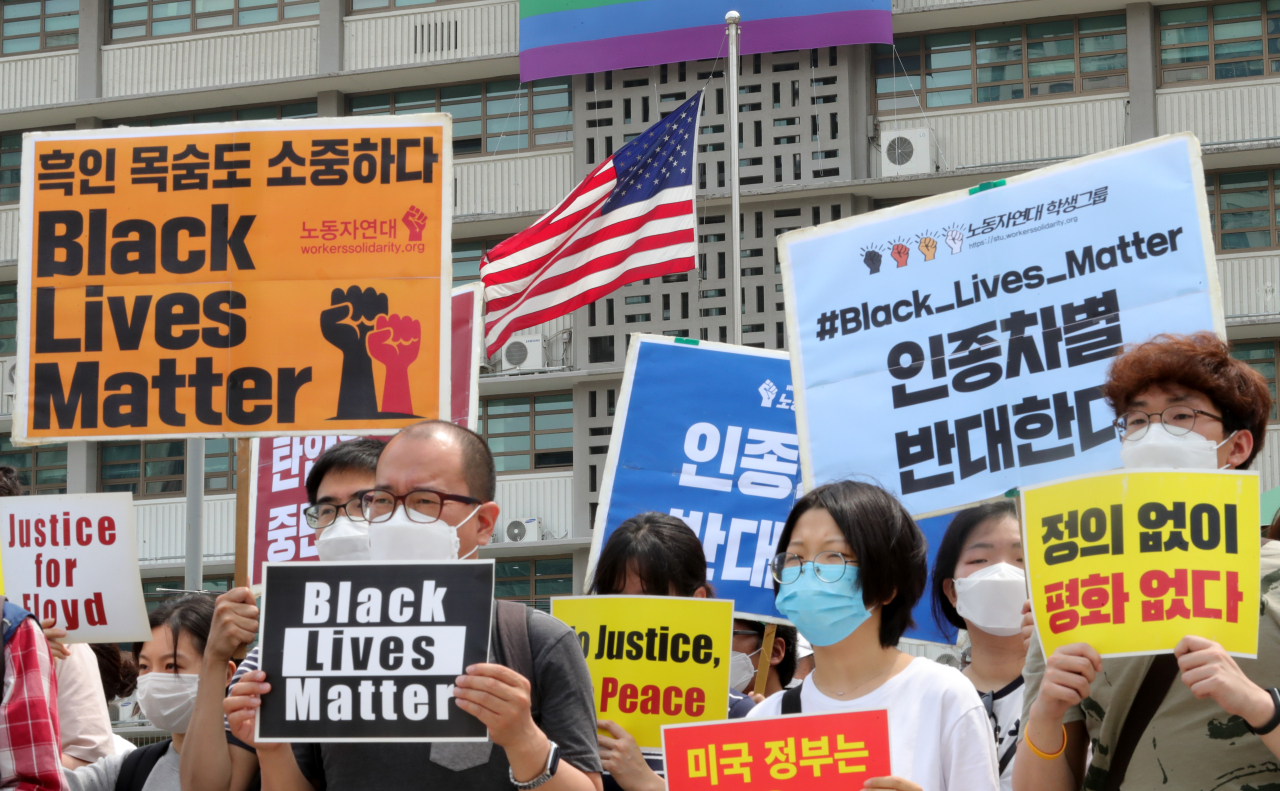 Members of Workers’ Solidarity hold a rally in front of the US Embassy in Seoul on Friday morning over the death of George Floyd, an unarmed black man who was killed on May 25 in Minneapolis by a white police officer who pressed a knee into his neck. 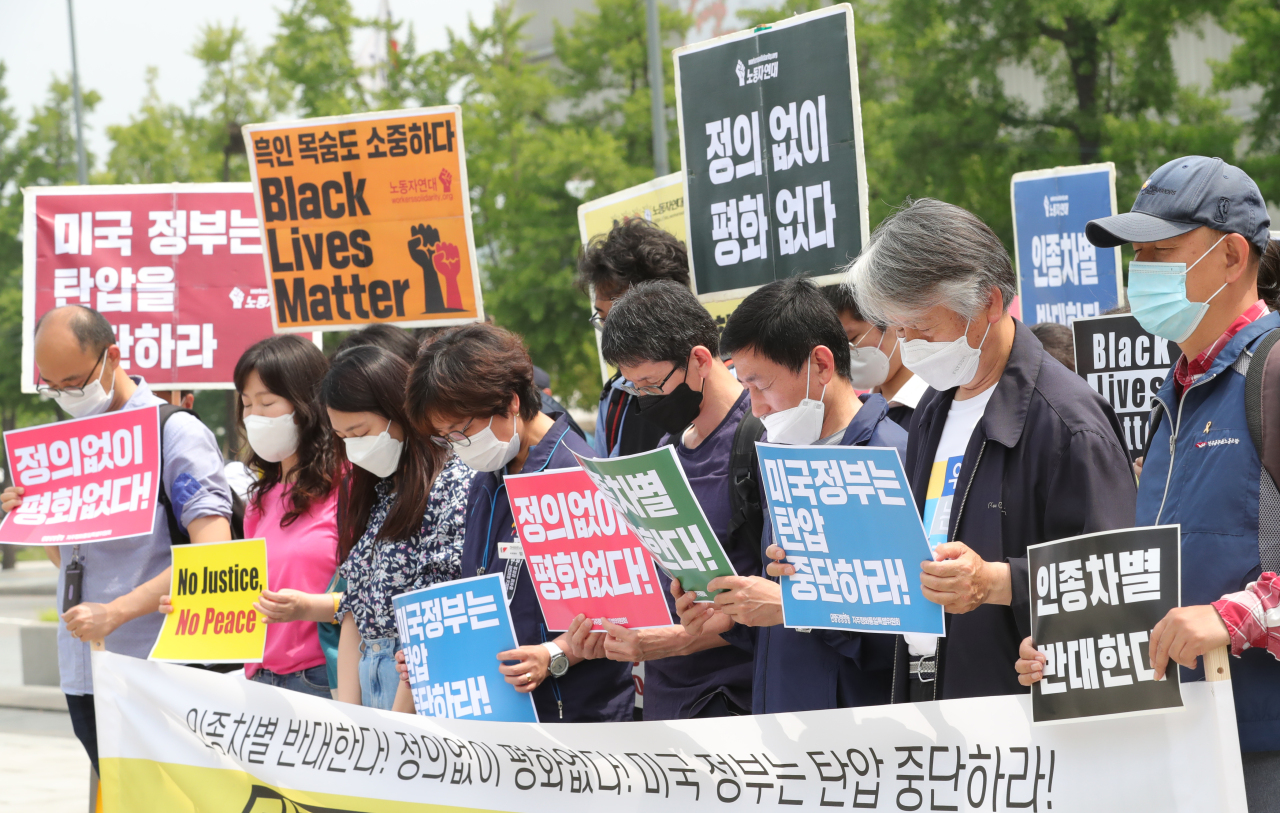 The death of the 46-year-old African American man involving police brutality and racial discrimination fueled public outrage across the United States and has spread into global protests. 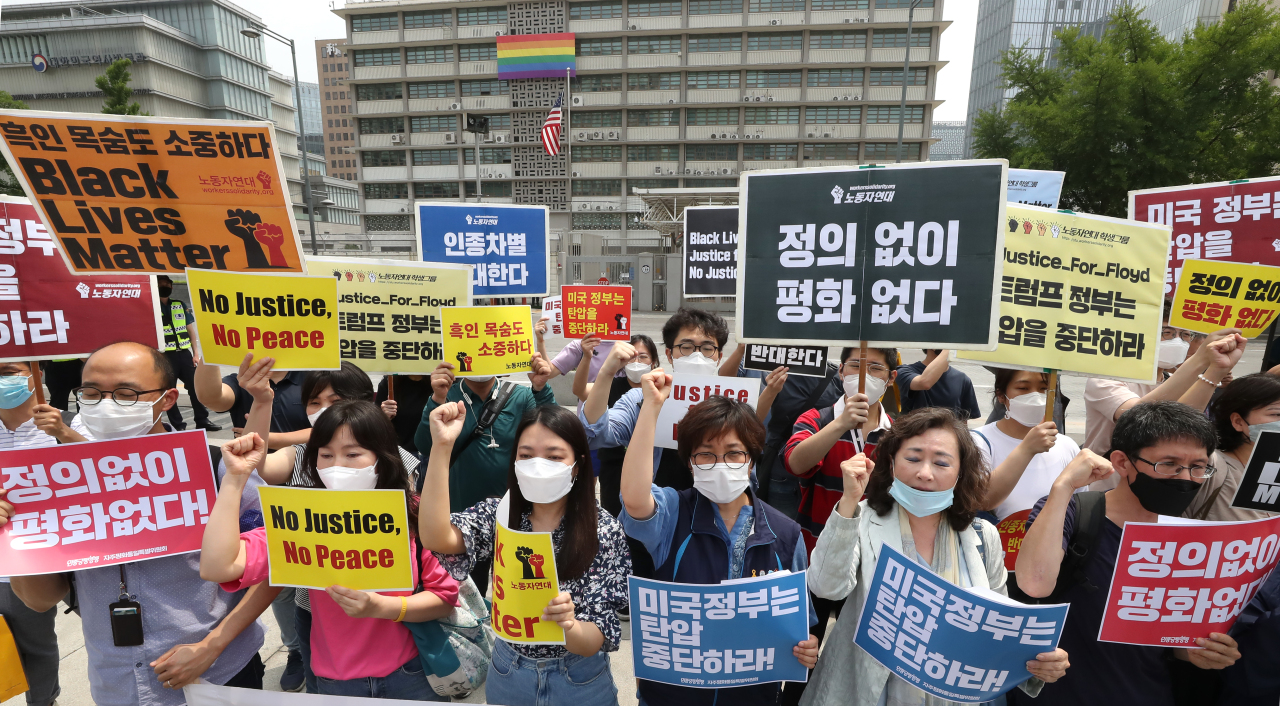 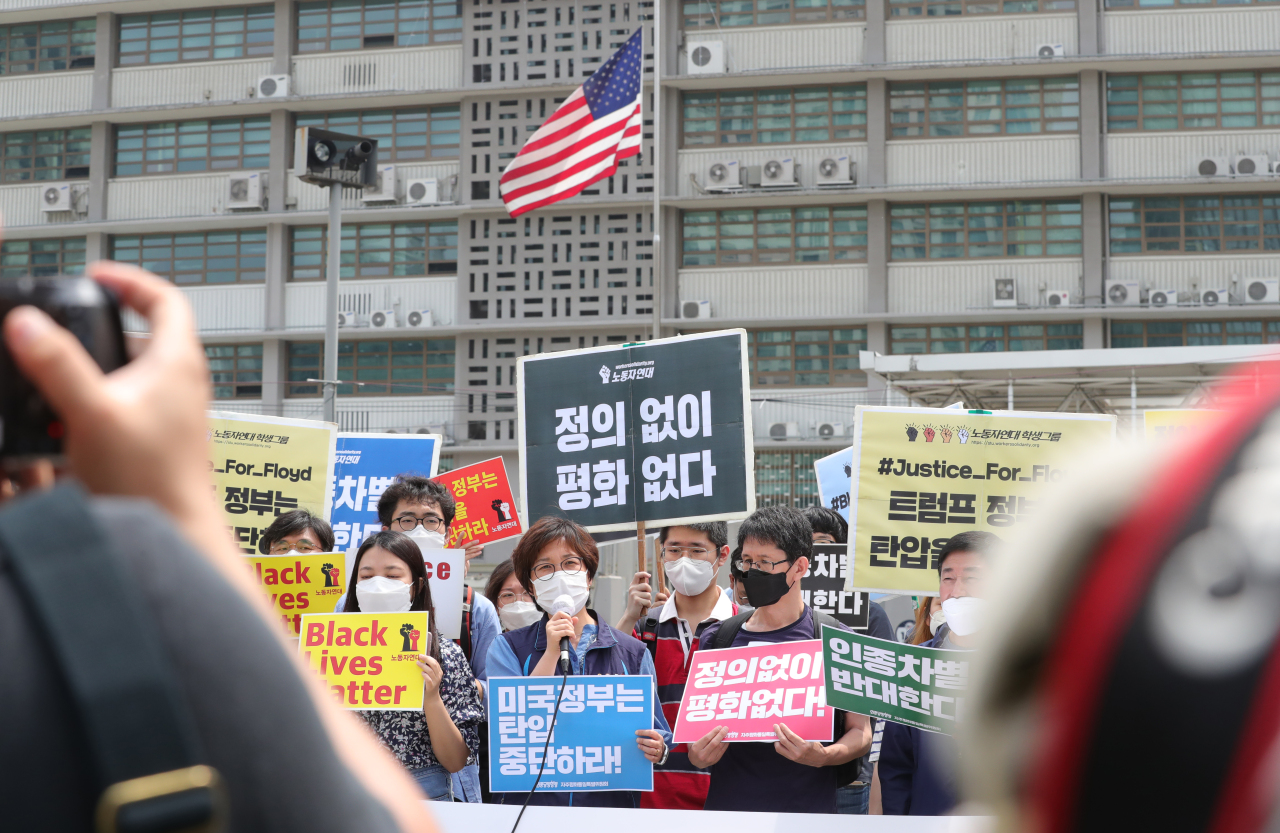 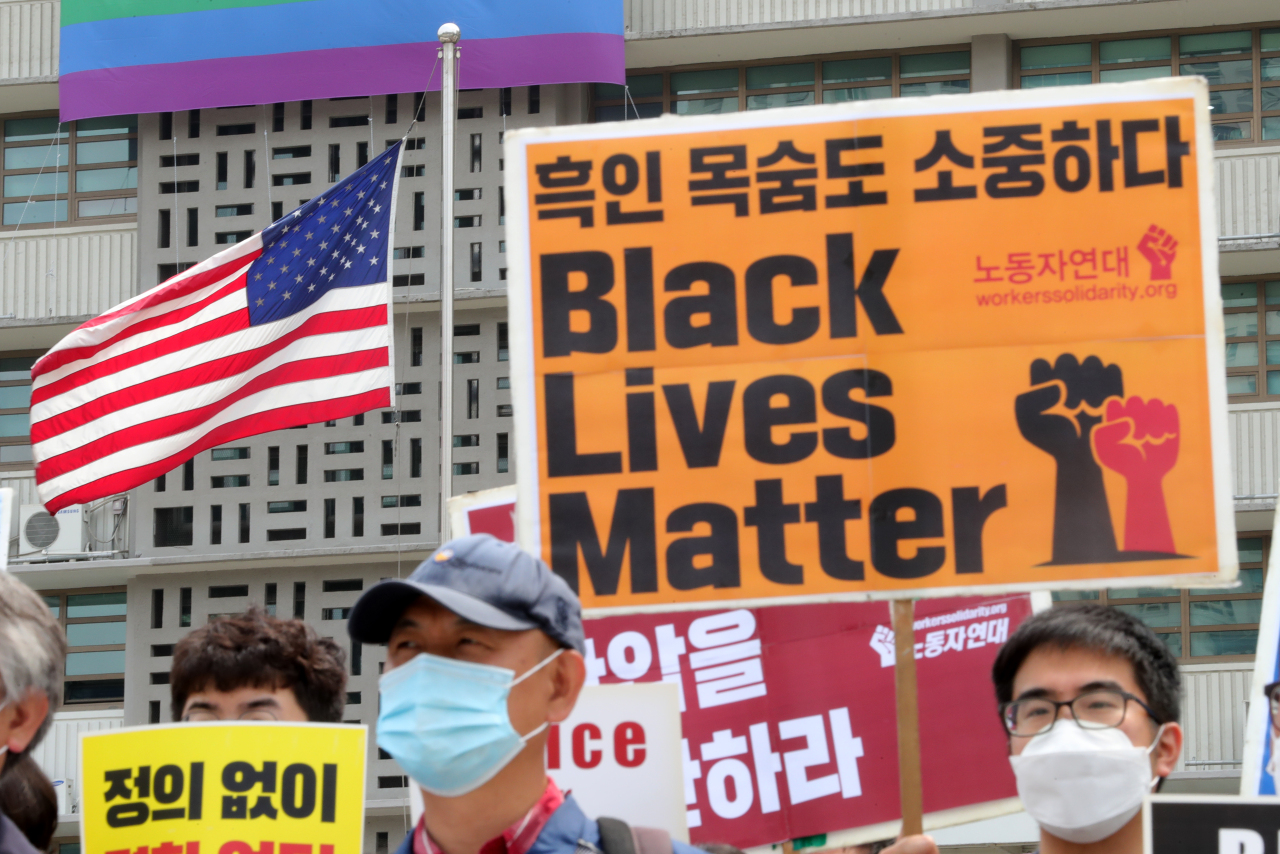