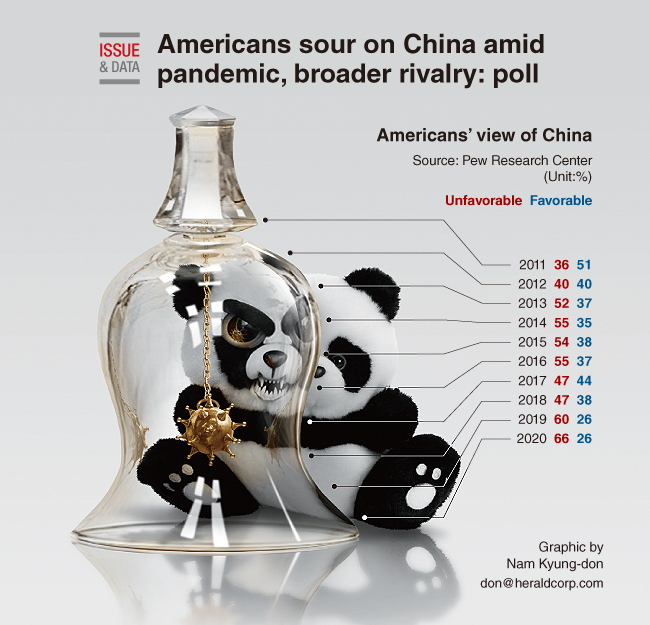 Americans are increasingly hostile to China as the coronavirus pandemic wreaks havoc on the US and global economies and after three years of Trump administration antagonism toward the country, according to a nationwide poll.

The poll, conducted last month by the nonpartisan Pew Research Center, found that two-thirds of those surveyed, or 66 percent, had an unfavorable view of China. That’s the most since the center first asked the question 15 years ago and a significant jump of 20 percentage points since President Donald Trump entered the White House in 2017.

The results suggest that Americans are receptive to the Trump administration’s broad antagonism toward China, which has increased in recent weeks over criticism of Beijing’s handling of the COVID-19 outbreak, which originated in the Chinese city of Wuhan. (AP)