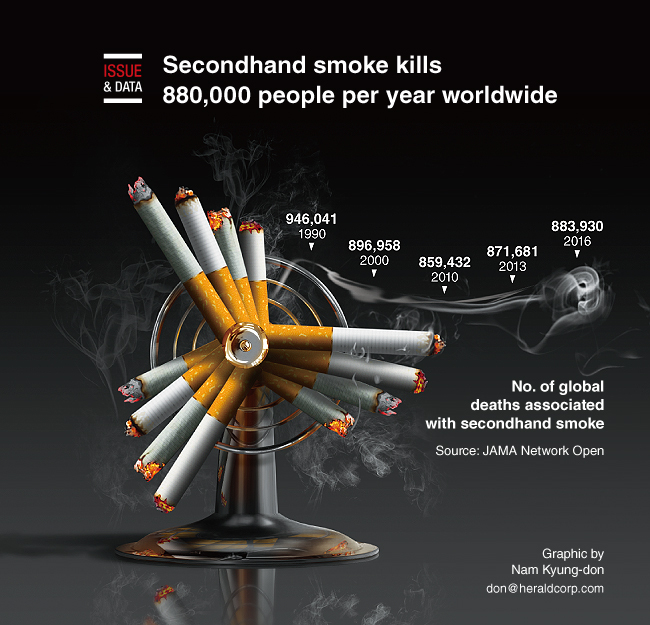 More than 880,000 people worldwide died from exposure to secondhand smoke in 2016, compared with nearly 950,000 in 1990, an analysis published by JAMA Network Open concluded.

This despite the fact that there were more smokers globally in 2016 - nearly 1 billion, thanks in large part to the increasing popularity of the habit in Asia and Africa - than in 1990, when roughly 850 million people smoked worldwide.

The figures suggest that one nonsmoker died from exposure to secondhand smoke for every 52.3 smokers in 2016, a significant change from the ratio of one for every 31.3 smokers in 1990. (UPI)